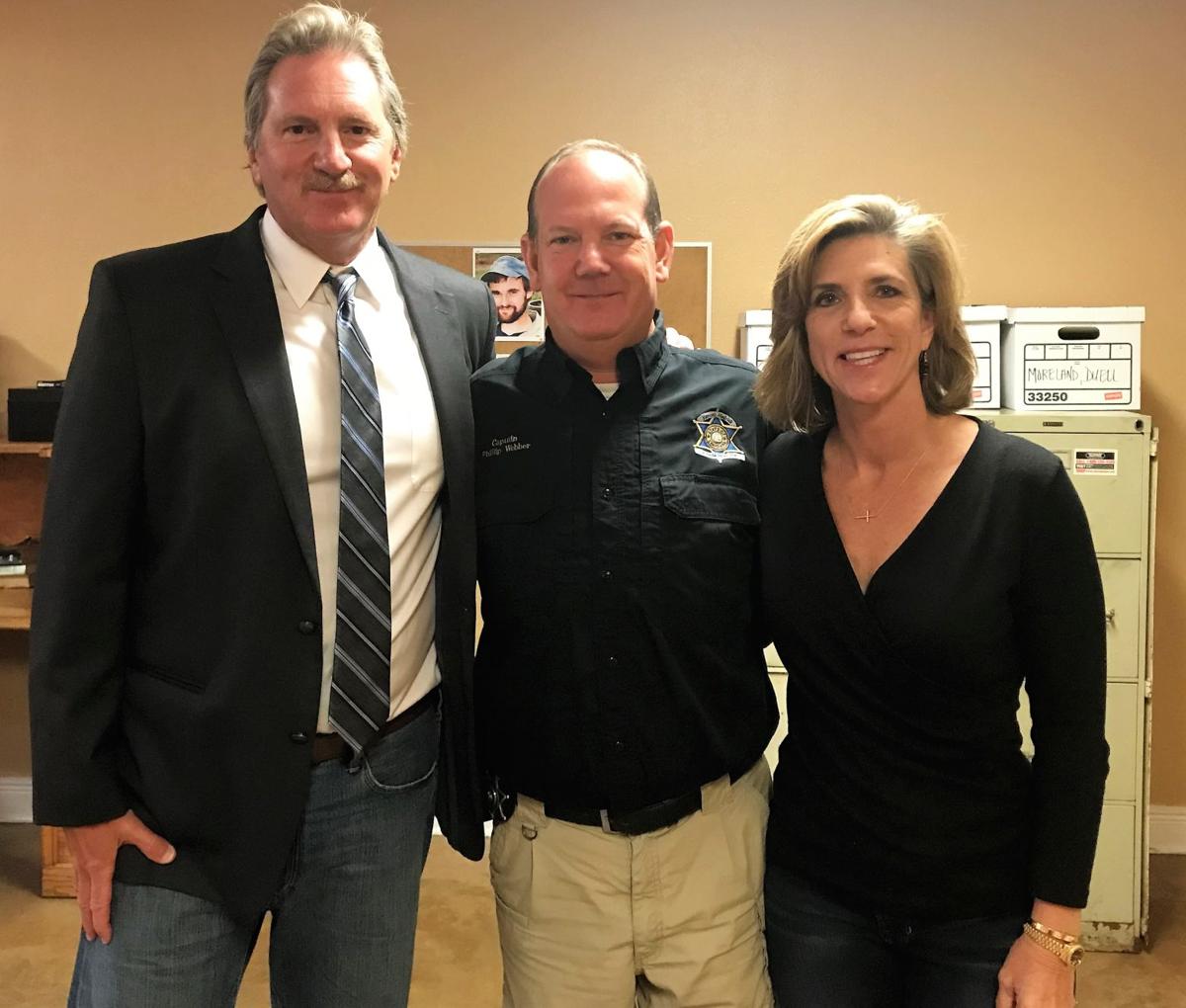 CONCORDIA PARISH Sheriff’s Office Captain Philip Webber (center) is shown with Steve Spingola and Kelly Siegler from the Oxygen Channel’s show – “Cold Justice.” The show is slated for Saturday at 5 p.m. and will focus on the murder of Duell Moreland of Monterey in 2016. 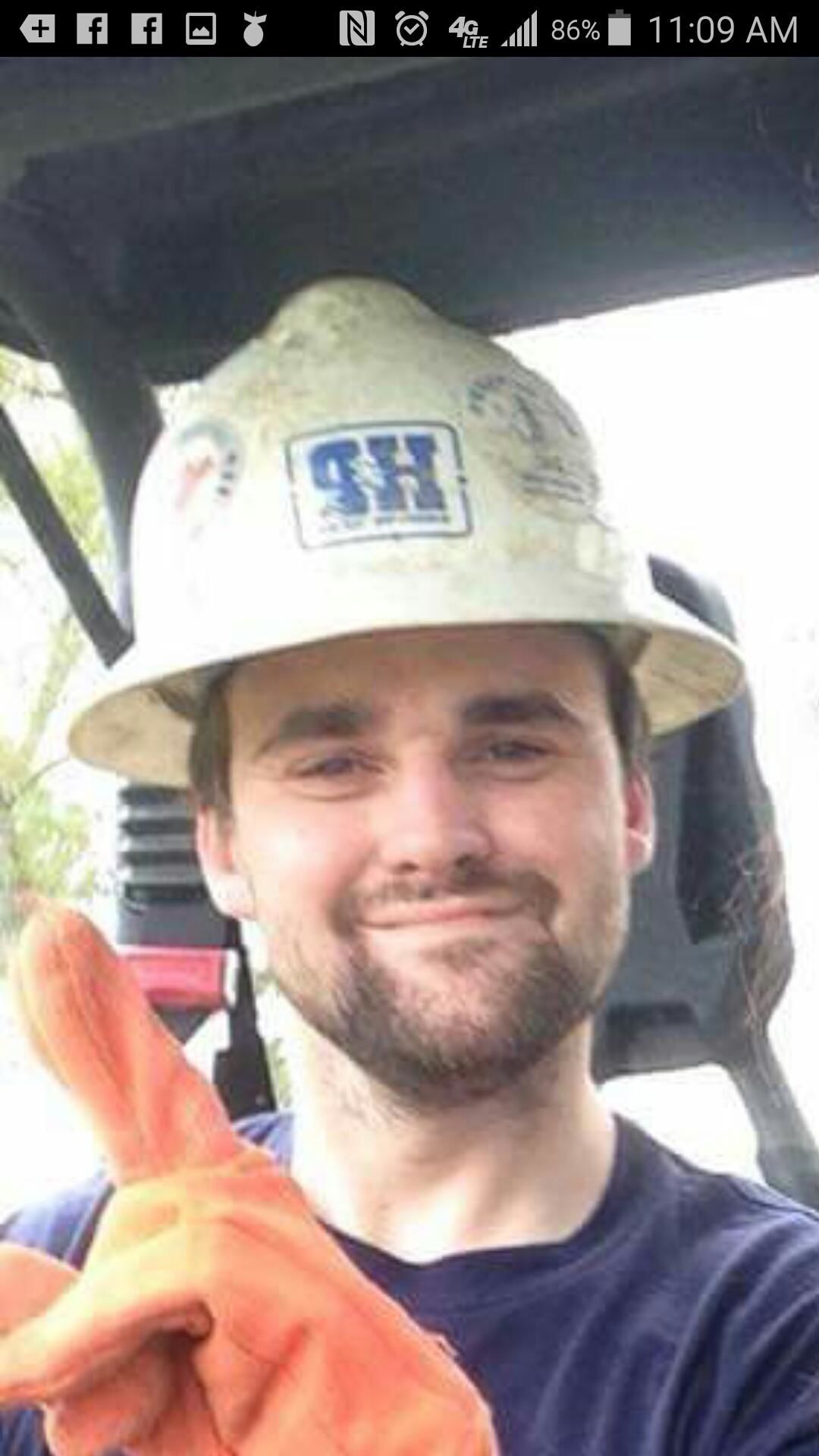 CONCORDIA PARISH Sheriff’s Office Captain Philip Webber (center) is shown with Steve Spingola and Kelly Siegler from the Oxygen Channel’s show – “Cold Justice.” The show is slated for Saturday at 5 p.m. and will focus on the murder of Duell Moreland of Monterey in 2016.

The murder of 26-year-old Duell Moreland of Monterey will be featured on the Oxygen Channel show “Cold Justice” at 5 p.m. Saturday, March 2.

The show, with the assistance of Concordia Parish Sheriff’s Office (CPSO) investigators, did its own investigation.

In June 2016, CPSO charged Hartwell Layne Tiffee, 37, of Monterey with Moreland’s murder. Moreland, who lived with his grandparents, disappeared on March 29, 2016. His remains were found later along a bayou off Peale Cross Road.

However, in 2017 a Concordia Parish grand jury declined to indict Tiffee, reporting no probable cause that a crime had been committed.

“We have not given up on this case and we won’t,” Chief Deputy David Hedrick said.

Captain Philip Webber, CPSO’s lead investigator, said he resisted the first few calls from “Cold Justice” representatives but eventually began to see that they were sincere in their efforts to assist and to investigate.

He said he watched the show and looked into the backgrounds of some of those involved before ultimately, the producers gained his confidence.

“I sent them everything I had about the case,” he said. “They have prosecutors, defense attorneys and investigators with wide experience.”

After some initial contact, Webber and Hedrick went to New Orleans and met the producers, who offered access to private labs and experts.

“And they paid for all of this,” Webber said.

When the “Cold Justice” team arrived in Concordia Parish in August 2018, Webber said they worked from daylight to late at night for 15 days.

One of the show’s stars is Kelly Siegler, a former prosecutor in the Harris County, Tex., District Attorney’s office for 21 years before resigning in May 2008. Harris County includes Houston and neighboring communities.

According to Siegler’s website, she has tried approximately 200 cases before juries and lectures nationally on topics ranging from “Final Argument” to “How to Pick a Jury.”

Siegler has secured the death penalties in 19 of 20 capital murder cases and is known as an advocate for crime victims and their families.

Siegler commended the sheriff’s office on its investigation and said investigators have built a solid case.

She was not complimentary of the AG’s office.

“I’ve never heard of such a haphazard, sloppy, unfocused presentation in my life,” Kelly said of the AG’s grand jury work.

She wonders that if the AG’s office doesn’t prosecute the case, who will?

“This is a strong case,” she said. “I’ve been a prosecutor for 21 years. Of the 60 cases I’ve worked on ‘Cold Justice,’ this is one of the strongest.”

Last fall, the AG’s office did not respond to a Sentinel request for comments on the case.

Seventh Judicial District Attorney Brad Burget was recused as prosecutor based on a defense motion. Hartwell Tiffee’s father is police juror Red Tiffee. As DA, Burget serves as the attorney for the police jury.

Judges Kathy Johnson and John Reeves recused themselves because the judge’s office receives funding from the police jury.

I am just now reading up on this case. I have watched the episode of Cold Case that featured this murder and I am in shock that noone in authority is doing ANYTHING to put Hart behind bars. I grew up in New Orleans and in Mobile, someone down there has got to do their job! Its as if these people that are responsible to protect us are the ones allowing a murderer to roam free. They have like 8 witnesses saying the man bragged to everyone that he was fed up with him snooping on his property and that he warned him that death would be next. Goodness! The murderer basically admitted it to what 4 people or more. I don't get it!! IM SURE ABOUT 80% of Americans are found guilty with 1 WITNESS or NO WITNESS! So 7 or 8 isnt enough??? Come on!!! This isnt 1942 people!! Wth Are yall waiting for??

I can already hear God asking every official involved why you ALL FAILED HIS SON! I am disqusted that not ONE person has the dignity and respect of the job and OUR LORD to do the right thing. Its a shame! With the world like it is these days....I guess it shouldn't surprise me that one county in our Government is fully employed by ALL crooked and pathetic human beings on their panel. Its just sorry and you all should resign and become dirt diggers since you all love being dirty. May God have mercy for you all on Judgment Day.

As far as the family, I am so sorry you have had to endure this very shameful and poor representation of Justice with being an American and noone having your sons back. I just dont understand it! God Bless and Good Luck! The sheriff did a great job trying...Dont give up! Maybe some good people will run for office to replace this cult of a system. Every position should be replaced and soon. [thumbdown]

Trudy, there's no doubt that the CPSO will do their job. I've known the Sheriff a long time and worked with him. The AG office is another story. Don't forget this Louisiana. The truth will comes out someday

Watched the show - it's a tough case without hard evidence or DNA or witnesses. The team made a good circumstantial case though. In the end people are ultimately judged by God. So whoever did it will have to answer to him.

Ross Ellis Lipsey, who goes by the recording name of Ross Ellis, was relaxing with his famil… Read more

Students of the Year