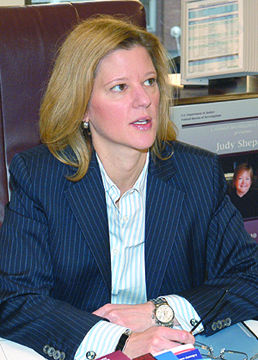 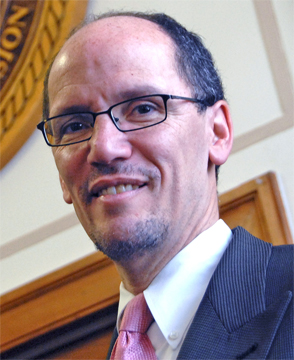 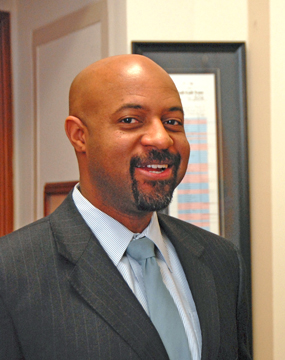 In recent weeks, the Federal Bureau of Investigation intensified its efforts to solve the 1964 arson-murder of Ferriday shoe shop owner Frank Morris, leading a top FBI official to declare last week that the agency "will solve this crime."

The FBI's fresh activity evolved after the Concordia Sentinel began asking the FBI in November 2010 to comment on information that implicated Arthur Leonard Spencer of Richland Parish in the arson of Morris' shoe shop. Morris died at Concordia Parish Hospital as a result of injuries he sustained in the arson four days after his shoe shop was burned on Dec. 10, 1964.

Last week, Cynthia Deitle, chief of the FBI's Civil Rights Unit, declined to confirm that agents were investigating Spencer. She said the FBI "will not rest until the truth is uncovered."

"Unlike many of our other victims," she added, "Morris knew that his life was in grave danger moments before suffering burns over 100 percent of his body and then he suffered in what must have been excruciating pain for several days before succumbing to his injuries. Despite the exhaustive investigation by the FBI and local law enforcement, this murder has remained unsolved.

"I am convinced that there are individuals alive today who know who killed Mr. Morris," Deitle continued. "If they can summon the moral fortitude and courage to contact the FBI and tell us what they know, they will be heroes who will change history. They alone can bring truth and solace to Morris' family. His family deserves nothing less."

The Morris arson/murder was included on a list of unsolved civil rights murders the FBI released in February 2007. That listing led The Sentinel to publish its first story on the Morris case in late February 2007. In mid-March 2007, the Cold Case Justice Initiative at Syracuse University College of Law began providing law student assistants who researched thousands of FBI documents and provided them to The Sentinel. The newspaper has published more than 150 investigative articles about Morris' death and other civil rights-era cold cases in the area.

The articles produced new information and the names of a number of potential witnesses who could have assisted the FBI in its investigation of the Morris arson/murder. It is not clear when or if the FBI followed up on the new evidence.

The information The Sentinel is reporting today -- that current and former family members of Spencer's had heard Spencer say he participated in the 1964 arson that led to Morris' death -- was provided to the FBI early in the summer of 2009, according to two people who provided the information. William "Boo" Spencer -- Leonard Spencer's son -- said he was interviewed by the FBI for the first time about four weeks ago. The Sentinel interviewed Leonard Spencer in June 2010 and has tried without success to interview him again later.

When The Sentinel neared completion of its news report about Leonard Spencer in late November 2010, the paper contacted the FBI's Deitle for comment. Deitle expressed deep concern over The Sentinel's intention to publish the story at that time.

If The Sentinel published its article implicating Leonard Spencer in the Morris arson/murder, Deitle warned, the FBI investigation of the Morris case and another unsolved civil rights-era murders would be jeopardized. Deitle would not disclose what the other case was.

Later, Deputy Assistant Attorney General Roy Austin asked The Sentinel to hold off on publishing its story until January. Like Deitle, Austin said publishing the story about Spencer in November or December 2010 would jeopardize the FBI's investigation. He did not say anything about another unsolved civil rights-era murder case.

Austin said if the article implicating Spencer was published before January that "justice will not be served." He indicated that the Morris case was the only civil rights-era cold case in which the Justice Department "could deliver justice."

In December, The Sentinel decided to hold its article implicating Spencer and to assess that decision on a week-to-week basis while waiting for additional information from the FBI about the Morris case or a second unsolved civil rights-era case. With the Christmas and New Year's holidays approaching and with no information forthcoming from the FBI, Sam Hanna Jr., decided to publish the article implicating Spencer in the Morris case on Jan. 12. Hanna is one of the owners of The Sentinel and serves in an editorial/management capacity with the newspaper.

On Thursday, Jan. 6, federal officials said they were actively working to solve the Morris case, but they offered no details on whether their work would result in arrests and prosecutions in the Morris matter.

"We will solve this crime," Deitle said in a statement, adding that the Morris murder was "one of the most horrific and troubling of all the FBI's Civil Rights era Cold Cases."

Thomas Perez, Assistant Attorney General for the Justice Department's Civil Rights Division, made no predictions. He said in a telephone interview with The Sentinel from Washington on Jan. 6 that intensive investigative efforts were underway "as we speak" in the Morris case and others, but he offered no specifics. He would not say whether an arrest or grand jury proceedings were imminent.

"But what I can say with absolute certainty is that we have a very strong team of agents and attorneys who are and continue to do everything in our power to uncover the truth," said Perez, who called the Morris murder "an unspeakable act."

Perez said he was proud of the work of both the FBI and the Justice Department in their investigations of the unsolved civil rights-era cold cases.

In response to a question about the request for The Sentinel to hold its article implicating Spencer in the Morris arson/murder, Perez said, "Whenever we have investigations, often times information flows a one-way street. We ask people for information. We ask people to do things and we are not in a position to explain why we ask certain things. I certainly appreciate the fact that that can be frustrating...But we are concerned about pursuing the case and that is the sole motivator for us."

Citing the difficulty of resolving murders as old as a half century, Perez said there was no doubt "that people have quite literally gotten away with murder in many cases." He said one of the most difficult tasks has been to tell victims' families "that we know who killed your loved ones, this is what happened and there's nothing we can do about it because of jurisdictional limitations or because the killer is dead" or for other reasons.

Perez said the Justice Department knew when it announced its cold case initiative that "the number of cases we would be able to actually prosecute would end up being small because of jurisdictional limitations, because of evidentiary gaps so that we couldn't figure out who did it -- a host of reasons like that."

FBI spokesman Chris Allen said about one-half of the cases on the FBI's 2007 list of unsolved civil rights-era cases had been "solved...in the sense that we are confident we know what happened, no prosecution is possible because either the subject is deceased or the death was not a racially-motivated homicide, and the facts of the case have been hand-delivered in a letter to the victim's next of kin."

Stephanie Finley, the U.S. Attorney for the Western District of Louisiana, which includes Concordia Parish, participated in the The Sentinel's conference call interview with Perez on Jan. 6.

"There now must be swift action by law enforcement on this case," said Johnson. "No further delay can be tolerated in bringing the alleged perpetrators before the justice system. Frank Morris and his family deserve justice and must not have to wait for it any longer."

"We have experienced enormous frustration over the past four years, and for the family of Frank Morris, over the past 46 years, insisting that it is never too late for justice," said McDonald. "We expect the Justice Department and local law enforcement to do their part before more of the perpetrators die and face the retribution they so justly deserve."

Perez reminded the public that a $10,000 reward was offered for any information leading to an arrest and conviction in the Morris case.