You are the owner of this article.
Edit Article Add New Article
You have permission to edit this article.
Edit
Home
News
Cold Cases
Sports
Opinion
Community
Obits
Photos
Public Notices
About Us
Subscribe
1 of 2 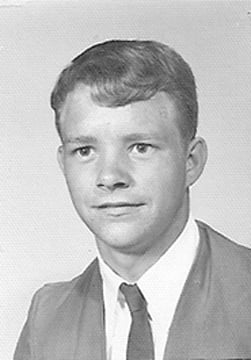 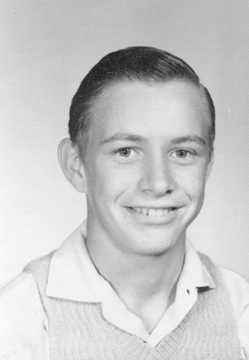 One day in the 1960s, a military fighter jet on maneuvers rocketed over the Concordia sky faster than the speed of sound -- 767-plus miles per hour. A sonic boom followed in the aircraft's wake, a thunderclap so powerful that it rattled the windows of the Earcel Boyd Sr. home on 140 Crestview Drive in Ridgecrest.

Inside the house Boyd's wife, Marjorie, shrieked in terror, not so much from the sudden explosion from the sky, which was frightening, but from the fear that the bombs stored in the attic of her home would explode and kill or injure her brood of five sons and daughter.

"She just knew the bombs in the attic would go off," said son Leland Boyd, who finds the memory humorous although he understands perfectly well the reason his mother was so terrified.

Earcel Boyd Sr., his sons say, was a high-ranking Klansman, a member of the militant Silver Dollar Group, and a man who, with his Klan friends and associates, constantly tinkered with bombs. Boyd became a high-ranking member of the United Klans of America (UKA) in Louisiana, but was well connected, say his sons, with the UKA in Mississippi, known for its prolific use of explosives in southwest Mississippi, especially in McComb in 1964.

When members of the UKA, Original Knights and White Knights were experiencing internal dissension and massive defections in 1964, some of the most violent formed the Silver Dollar Group, which was recognized, according to retired FBI agents, for its experimentation with explosives. The FBI believed that the Silver Dollar Group was responsible for the arson murder of Frank Morris, the black Ferriday shoe shop owner, in December 1964.

The bureau also believed that the Silver Dollar Group was responsible for the August 1965 car bomb that seriously injured George Metcalfe, and the February 1967 car bomb that killed Wharlest Jackson. Both black men were employed at Armstrong Tire, as was Earcel Boyd Sr., and both men were officers in the NAACP and Civil Rights activists.

Leland Boyd of Texas, now 57, recalls the day in the mid-1960s when his dad came home and told his athletic son to get a sack out of the trunk of the family car and put it in a workshop in the back yard.

"He said, 'Quick, get that sack out of the trunk,'" said Leland. "He didn't want my mom or anybody to see it. Mom didn't like any of the Klan stuff. She was between a rock and a hard place."

Leland opened the trunk and eyed the coarse burlap sack.

"I was a pretty stout boy but when I grabbed that bag I was surprised at how heavy it was," said Leland. He peeked inside.

"I saw these round, fused, home-made bombs, about baseball size, maybe a little smaller," said Leland. "They were cast-iron and filled with black powder. The fuses were about three to three and one-half inches long."

He said that some 30 to 40 such bombs were stored in the attic of their home on many occasions or in a workshop in the back yard.

"I never knew what the real purpose of these bombs were," said Leland, "but I know dad had to keep up with them."

Sonny Boyd, the oldest son of Earcel Boyd Sr., now 61 and living in Portland, Ore., said he never saw the bombs but saw bomb-making material at the family home.

"Dad had gunpowder, explosive cord, primer cord and such things," said Sonny. "He knew the FBI was watching him and that making bombs was against the law. He also stored pelletized, smokeless gunpowder in gallon-size milk jugs. He gave me two jugs filled with gunpowder once and told me to store it in the attic. I pulled down the ladder by the attic fan in the middle of the hallway and stuffed two within two feet of the fan."

Sonny said his dad "knew how to make and use bombs. I think they were mostly for propaganda and to instill fear in people. They would use the bombs when the Klan would burn a cross at a rally. They'd have a show of explosives along with a lot of chest-beating."

The Klansmen "enjoyed blowing things up" at family picnics and fish fries, said Sonny, and at "get together at farms" in Concordia and Adams County, Miss., and once along Old River across the levee from Ridgecrest.

"They'd do this a lot when recruiting and a lot of people were invited," said Sonny. "Once outside Ferriday they tossed bombs at the edge of Old River. There was a gathering there with men, women and kids, and there was a lot of hooting and hollering."

Sonny said that "in those days, cherry bombs, M80s and M100s were very common and it wasn't hard to get a stick of dynamite."

Leland often accompanied his dad to Klan rallies and meetings. He said the bomb exhibitions were sometimes much more than just entertainment. Leland said he watched Klansmen experiment with explosives at many places, including Robbins Island on Lake St. John and on a farm south of Vidalia near the site of the old Morville Lounge, where a deputy showed up and asked that the bombs not be used along the levee.

"Dad had knowledge of armaments from his time in the Navy during World War II and some of the men he associated with were constantly fooling with explosives," said Leland. "I watched them use bottle rockets and Silver Salute M80s, a cylindrical explosive with a one and one-half to two-inch long fuse. They'd use the cast-iron home-made bombs to explode stumps."

But he also watched the men use pipe bombs and "anything incendiary."

Once the Klansmen used an explosive to "blow up a half cord of wood just to see what would happen. The wood caught fire. Some of these guys took great pride in their work and were perfecting directional blasts like a Claymore mine, a directional fragmentation mine."

On two occasions, Leland saw a man "blow the bottom out of a watermelon and the top half was untouched. The explosives would blow up or down."

Once, without their parents' knowledge, Leland Boyd and one of his brothers took three bombs from their home at Crestview, walked to the top of the Old River levee at Ridgecrest and set off a bomb near Minorca Landing.

"Most of these bombs were easy to throw," said Leland. "The one we set off on the levee had the power of about 1/3 to 1/2 of a stick of dynamite at least. It made a crater so big that we thought it was going to blow up the levee. After seeing that we decided we better not set off a another bomb there."

They exploded the other two bombs in Old River, "which blew the water up in a straight cylindrical shape" like a depth charge rather than a splash.

"We were so familiar with gun powder at our house that muzzleloader hunting was nothing for us," said Leland.

Another Boyd brother, who asked not to be identified, said his father once "set a bomb off in a pasture. It was a grapefruit size bomb. It left a massive hole as long and as wide as a car. It scared the cows."

Years later, when Earcel Boyd was getting out of the Klan, the son said, "We disposed of 30 to 40 cast-iron concussion bombs. They were not incendiary." He said the bombs were in a "croaker sack" and dumped in a stream in LaSalle Parish off Hwy. 84 between Jonesville and Jena.

In addition to bombs, the brothers also saw guns and gadgets.

Sonny Boyd said on two occasions he saw a red-haired man open the trunk of his car to display "M1s, the military-style carbines, a Browning automatic rifle with an ammunition rung on the belt, and a German MP40 or MP44 (submachine gun)." On another occasion, the man had "two Thompson submachine guns, one in a case and one wrapped in the blanket with a round magazine."

Sonny and Leland identified the man by name and said this man was a regular visitor to the Boyd home at 140 Crestview Drive in Ridgecrest. The Sentinel has learned from confidential sources that the man the brothers identified, now deceased, was a prime suspect in the Wharlest Jackson Jr. murder. Both Sonny and Leland say the man was a member of the Silver Dollar Group.

Sonny said he also watched Klansmen fire guns into automobiles "to see what the penetration would be. They would shoot at different sides of the car and shoot the engine blocks and wheel wells." He also said some Klansmen would "employ tear gas from pencil pens. This was larger than a good fountain pen. It had an aluminum body, a loaded firing pin and it shot this little plastic sealed cartridge which released tear gas."

One Klan tactic, said the Boyd brothers, was to break windows using "freeze balls." A frozen ball of water hurled through a window with a slingshot will melt, leaving no evidence for police.

The Boyd brothers say they are motivated to speak out about their father, who died in 1988, and to share their knowledge of the Klan because they want to see all of the unsolved Civil Rights-era murders resolved for the families of the victims.

They say that despite their father's Klan views -- views they say they didn't share -- that Earcel Boyd Sr. considered Frank Morris, the Ferriday shoe shop owner, a good friend and was outraged over the arson murder.

"Dad spent a lot of time and effort trying to find Mr. Frank's killers," said Leland. "We are hoping and praying for the day that those responsible for these crimes are identified and that their families can have at least the peace of mind of knowing who and why."