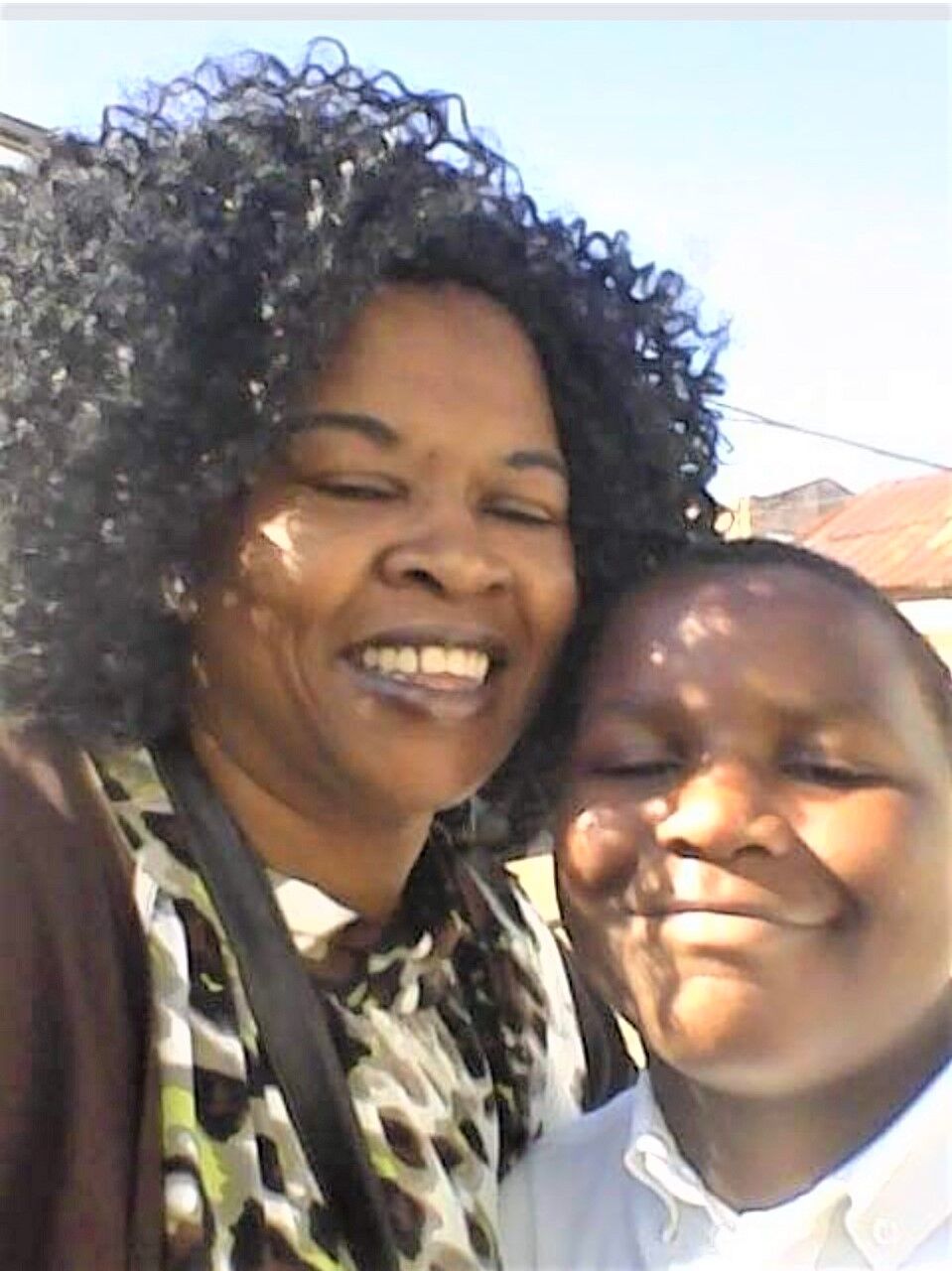 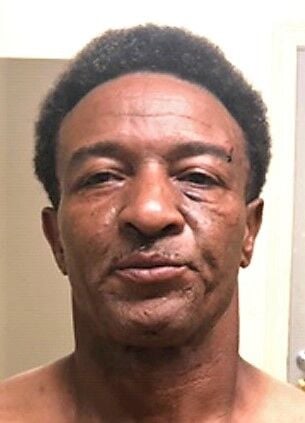 A 56-year-old convicted killer on probation in Mississippi was found guilty last week in the 2019 murder of a mother and her son in Clayton -- 43-year-old Meghan McCoy Watson and 12-year-old LaFrederick McCoy.

Watson was married to Meghan McCoy Watson, who worked at Dollar General in Ferriday. LaFrederick McCoy was Watson’s stepson.

The defendant used an AR-15 .223 assault weapon to gun down both victims at Meghan’s Clayton home.

Judge John Reeves, who presided during the trial in Vidalia last week, will sentence Watson on April 28 on two counts of first degree murder.

Watson took the stand on his behalf last week, pleading self-defense. But the jury didn’t buy his story and ended the four-day trial on April 15 with two guilty verdicts.

District Attorney Brad Burget, who prosecuted Watson, said the defendant had displayed a quick temper in the past and that may have played a role in the shooting in Clayton on June 29, 2019.

According to testimony presented during the trial, Burget said Watson had plead guilty to manslaughter in Natchez in 2016 in the 2014 shooting death of unarmed Peter Jones at a bar in Natchez. Watson claimed in court that he shot Jones in self-defense.

Judge Forrest Johnson handed down a 20-year suspended sentence and placed Watson on five-year probation. Watson was on probation when he committed the murders in Clayton, Burget said.

In the case laid out in court, the state indicated that DeMarcus McCoy, Meghan McCoy Watson’s oldest son, arrived at the family home at 211 Anderson in Clayton at 12:30 a.m. June 30, 2019, just minutes after the shooting. He found his mother and brother covered in blood on the kitchen floor. Both were dead.

DeMarcus contacted authorities, and deputies and investigators with the Concordia Parish Sheriff’s Office quickly arrived at the scene.

At 12:48 a.m., Burget said Adams County Sheriff Travis Patten got a call from attorney Aisha Sanders to meet her at the sheriff’s office. At his office, Patten was met the attorney who was with her father, attorney Everett Sanders, and the suspect, Marvin Watson.

Chris Groh, then an investigator with the Concordia Parish Sheriff’s Office, went to interview Watson who was advised by his attorney not to speak to law enforcement. Despite that advice, Watson told Groh that he loved his wife, didn’t want what happened to happen and refused to sign any paperwork extraditing him to Louisiana.

However, Watson was later extradited.

Groh observed a bloody scratch above Watson’s right eye and asked about it. Watson said -- “they did that” -- referring to the victims.

Groh recovered the AR-15 .223 used in the murders, as well as a .22 Ruger semi-automatic pistol, in Watson’s vehicle. Groh took Watson’s clothing – a Minnesota Vikings jersey, gray shorts, underwear and socks. Sanders was not wearing shoes.

Burget said the blood of Frederick McCoy was found on Watson’s shorts and the NFL jersey he was wearing during the murders.

At the crime scene, CPSO Detective Philip Smith discovered that Meghan McCoy had been in the process of retrieving sweet corn ears from a crisper bin in the refrigerator when she was shot. The bin was on her right shoulder when she collapsed and sweet corn ears were on her head and torso.

A fatal shot from the AR-15 .223 entered into her neck and exited her left back shoulder blade, damaging her vertebra and causing instant death.

Burget said the lifeless body of Frederick McCoy was lying next to his mother and that it appeared he had embraced her because the wound on his body corresponded with his blood on his mother’s shirt.

Evidence indicated that Watson had opened fire first on his wife and then went after the 12-year-old LaFrederick, who had run into the master bedroom and barricaded himself in the master bathroom. A large amount of blood was found on the bathroom floor, walls, vanity, commode and on the bedroom floor. Two shells casings were found on the floor between the bedroom and bathroom, indicating that Watson had stuck the gun through the door and into the bathroom.

Burget said LaFrederick had a non-fatal wound to his cheek that went from there to his ear and that there was stippling around the wound – that is gunpowder in the skin – indicating a close range shot of less than five feet.

Another bullet had entered into one side of his chest and traveled from one nipple to the other before going in the upper arm.

A third wound entered below the right nipple and traveled downward through the chest cavity damaging multiple organs.

After Watson left the room, according to Burget, LaFrederick “drug himself into the master bedroom across the carpet into the kitchen.” Blood was found on the wall and floor.

After the herculean effort, LaFrederick found his mother’s dead body by the refrigerator where he embraced her and then died.

Burget said six bullets were tested with the findings indicating that all came from Watson’s AR-15 .223.

On the stand, Watson claimed that he acted in self-defense He said his wife attacked him while he was in bed asleep. She jerked him out of bed, he said, and threw him against a wall. After he fell to the floor, he claimed his wife put her foot on his throat and ordered LaFrederick to retrieve a weapon from the kitchen.

Watson claimed the child put the gun to Watson’s body and pulled the trigger. The gun misfired, he claimed.

Watson testified that he wrestled with the child, got the gun from him and ran to the kitchen, where mother and child followed and attacked him again. He claimed that he fell and accidentally fired the gun, striking a cabinet and striking the child in the face.

Then he said he tripped a second time and this time accidently shot his wife.

He said the child retreated into the bathroom with a .22 caliber pistol. Watson claimed he followed and heard a loud bang as he entered the bedroom at which time he fell a third time – this time onto the bed— and in an awkward motion he fired twice in self-defense.

Afterward, Watson claimed he was scared and didn’t know what to do. He decided to go to Natchez, contacted his attorney and turned himself in.

During his cross-examination, Burget asked Watson about his “fantastic story” and prior convictions. Watson claimed that he had never assaulted anyone else other the allegations against him in the murders of three people.

But Burget called DeMarcus McCoy, the oldest child of the Meghan McCoy Watson who had discovered the bodies of his mother and brother. DeMarcus testified that two years earlier Watson had put a gun to his head because DeMarcus had put his feet on the coffee table. Watson threatened to shoot him if he didn’t get out of the house, DeMarcus testified.

Another witness, Clayton resident Roy Wilson, said he was with his daughter popping firecrackers when Watson came by. Burget said Watson told Wilson that “if you think firecrackers are loud you ought to hear my .223,” referring to the assault weapon. When Watson left he commented that “someone would feel” his .223 that night.

This incident occurred hours before the shooting.

Concordia Parish Deputy Walter Mackel also testified about the shooting in Natchez when Watson shot and killed a defenseless Peter Jones in 2014. Mackel had gone inside the bar and attempted to revive Jones.

Burget said Monday that at the time of the Clayton murders Watson was on probation and was not to be in possession of or own a firearm. He said Watson claimed all of the guns belonged to his late wife.

Burget said Meghan McCoy Watson “was a good person,” and that son LaFrederick McCoy was described by his teachers as “a good person, good athlete, good guy, good young man, just like his older brother, DeMarcus.”

He said Watson’s senseless act in killing a mother and her child also brought a sense of closure to the family of Peter Jones, murdered by Watson in 2014.

“This has helped them,” he said.

Burget expressed his thanks to those who served on the jury.

“It’s difficult when a crime occurs, especially when it involves a child,” he said.

Many prospective jurors did not show up, which is a problem for the criminal justice system, Burget said.

“I encourage people to come to jury duty because justice cannot be served without members of the public serving as jurors,” he said. “We need more jury participation. We almost didn’t have enough jurors.”

Burget also expressed appreciation to his staff, including investigator Philip Webber and 1st Assistant District Attorney Joey Boothe, who Burget said “did a great job with expert witnesses and in his arguments.”