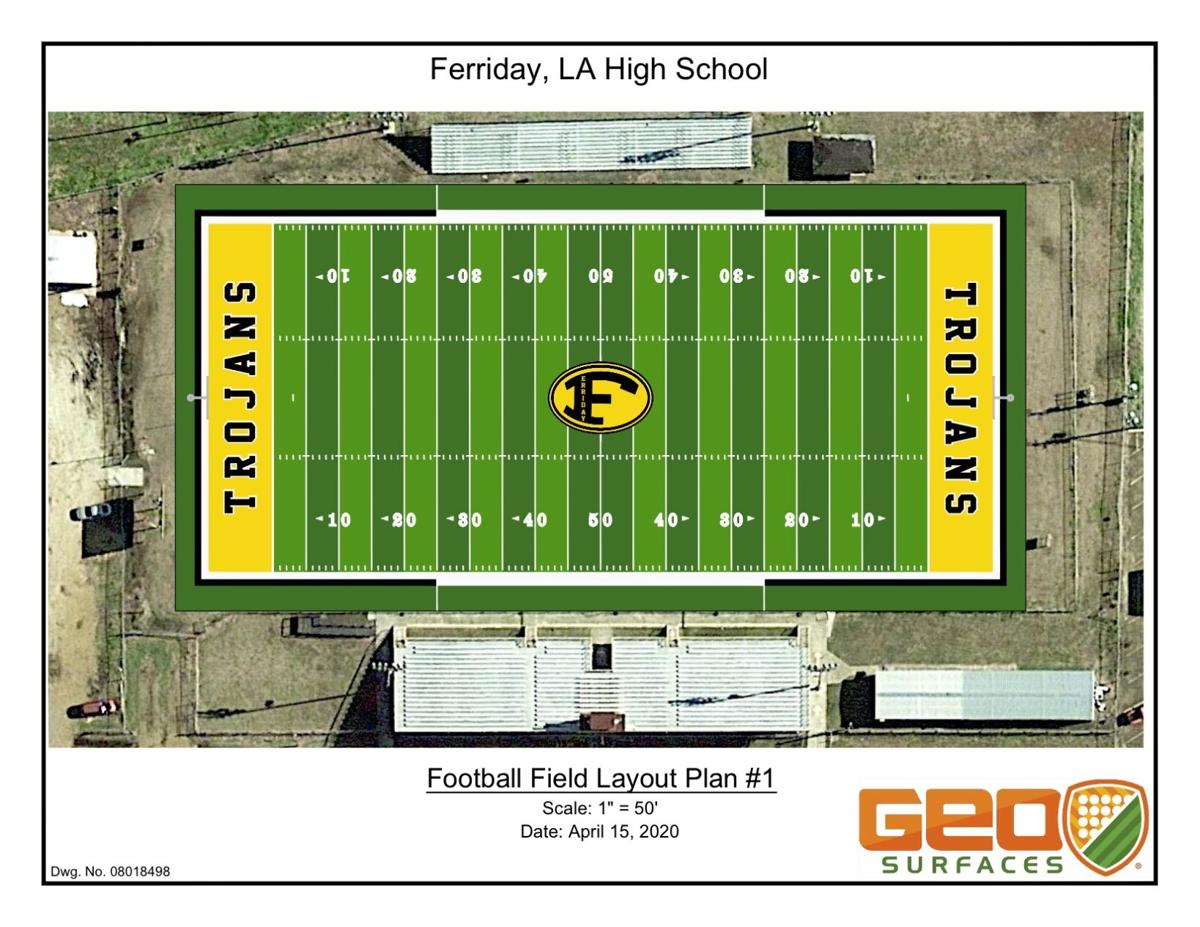 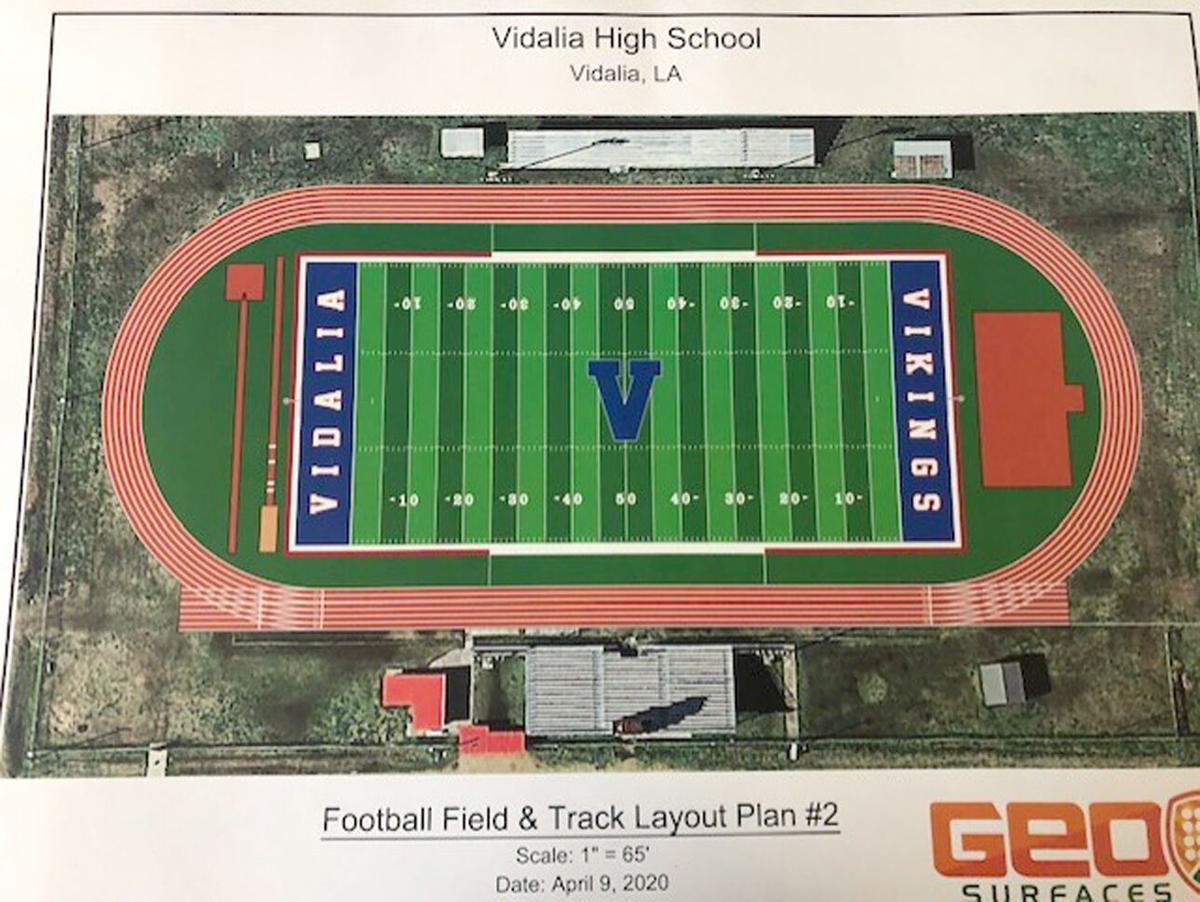 Norris said he has had positive conversations with the Concordia Parish School Board Building and Grounds Committee for the projects, which will total approximately $1.3 million.

GeoSurfaces of St. Gabriel are over the projects, which include putting in new turf, painting the fields and putting 8-lane tracks at Vidalia and Ferriday Lower Elementary.

"They have built new fields at Many High School, Westlake High School, Nicholls State, Northwestern State and many others," Norris said. "And it's so efficient. One group comes in and does their task, gets out and another group comes in for their part, followed by another group. They told me if they could get started in June it would be ready by September."

A track cannot be put around the field at Ferriday High because bleachers and the fieldhouse would have to be removed.

Only the visitor's bathroom will have to be moved at Vidalia High.

Ferriday Lower used to have a track that is now worn down, but is ideal for a new one close to the school.

"This is something the schools and communities can take a lot of pride in," Norris said. "We would love all the stakeholders to get on board with this -- businesses, the community, former players, alumni and teachers. We would love to see them voice their opinion."

Ferriday Athletic Director Lisa Abron said the fields and track would be a big boost to both schools.

"We are behind the times in just about everything," Abron said. "Major upgrades would be a good look for Concordia Parish. We've had a lot of success at Ferriday High, and these kids deserve that. This is something that would be great for Ferriday and Vidalia."

Smith said a new field would be a game-changer.

"This would be huge for us moving forward," he said. "For football and track. We would be able to train year-round. This would definitely give the kids something to look forward to."

The original concept was for a five-lane track, but eight lanes would allow both schools to host regional and larger track meets.

Norris said the field could be used for Physical Education classes, as well.

"It would get the kids outside, and eventually I believe more kids would participate in athletics," he said.

Norris said the football field could also be used for soccer.

"You can paint the lines for soccer, and then they wash off," he said.

Norris said the field could also be used for events such as Relay for LIfe, and other fund-raisers, and would be ideal for Special Olympics.

"You can use this for so much more than a grass field," Norris said. "Studies have shown there are actually less injuries on this type of field than on grass, where you have unleveled surfaces."

Norris said Ferriday and Vidalia can host 7-on-7 football tournaments with schools from Louisiana and Mississippi that will bring money to the schools and communities.

The facelift would also include new press boxes.

Former Vidalia boys basketball coach Robert Sanders is situated at the top of the stadium filming football games in a small building.

"Coach Sanders has had to tell visiting coaches not to lean against the wall," Norris said.

Vidalia High principal Bernie Cooley said the new fields would send a message to the community.

"It shows how much we care for our education and sports," Cooley said. "And how dedicated we are to providing a quality place for our students to attend."

Monterey High was recently approved for a new $3.2 million gym.

"I am very happy for Monterey," Norris said. "Their community revolves around basketball. This is a great thing for them."

Norris said mothers can walk on the track while their children are playing on the field.

"And the values of the houses around the field will go up," he said.

"This is going to create a lot of excitement for both schools," Norris said.