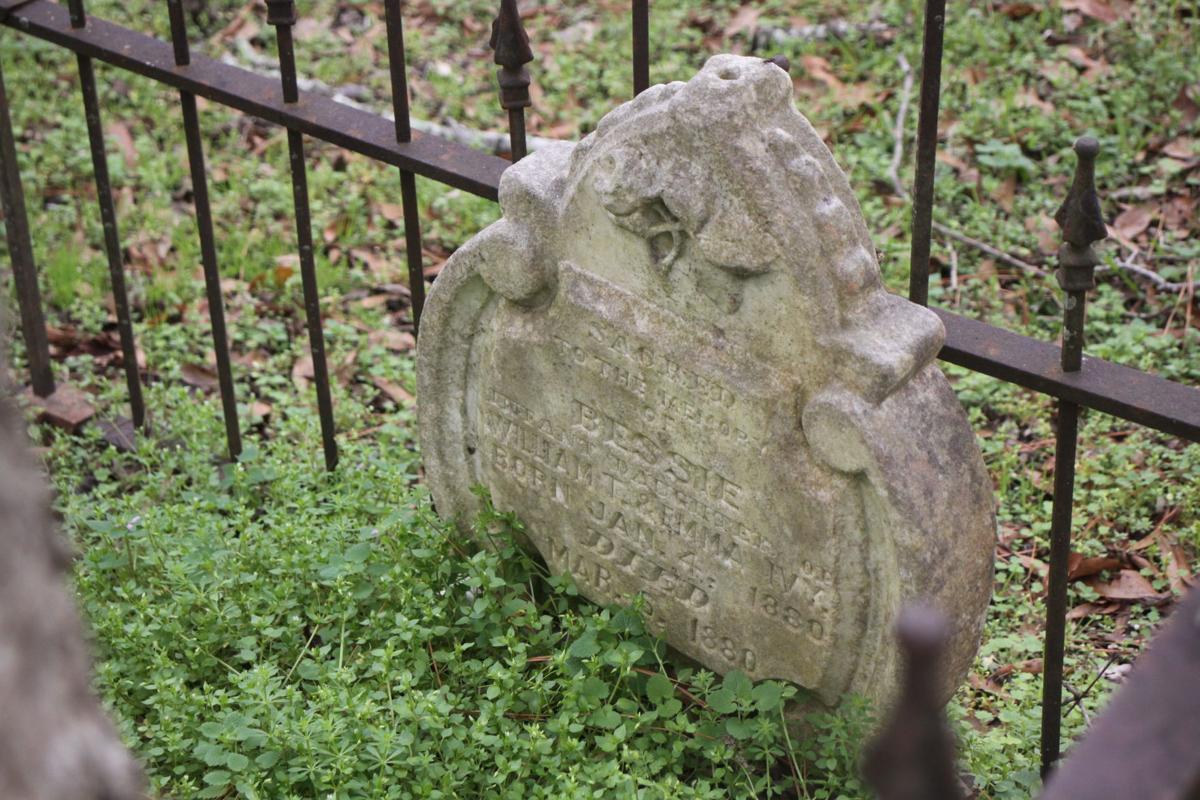 THE ALTO PRESBYTERIAN Church cemetery contains graves of the young and old. Bessie Ivy, pictured above, was only three months old when she passed away. (Sun photo by Joe Curtis) 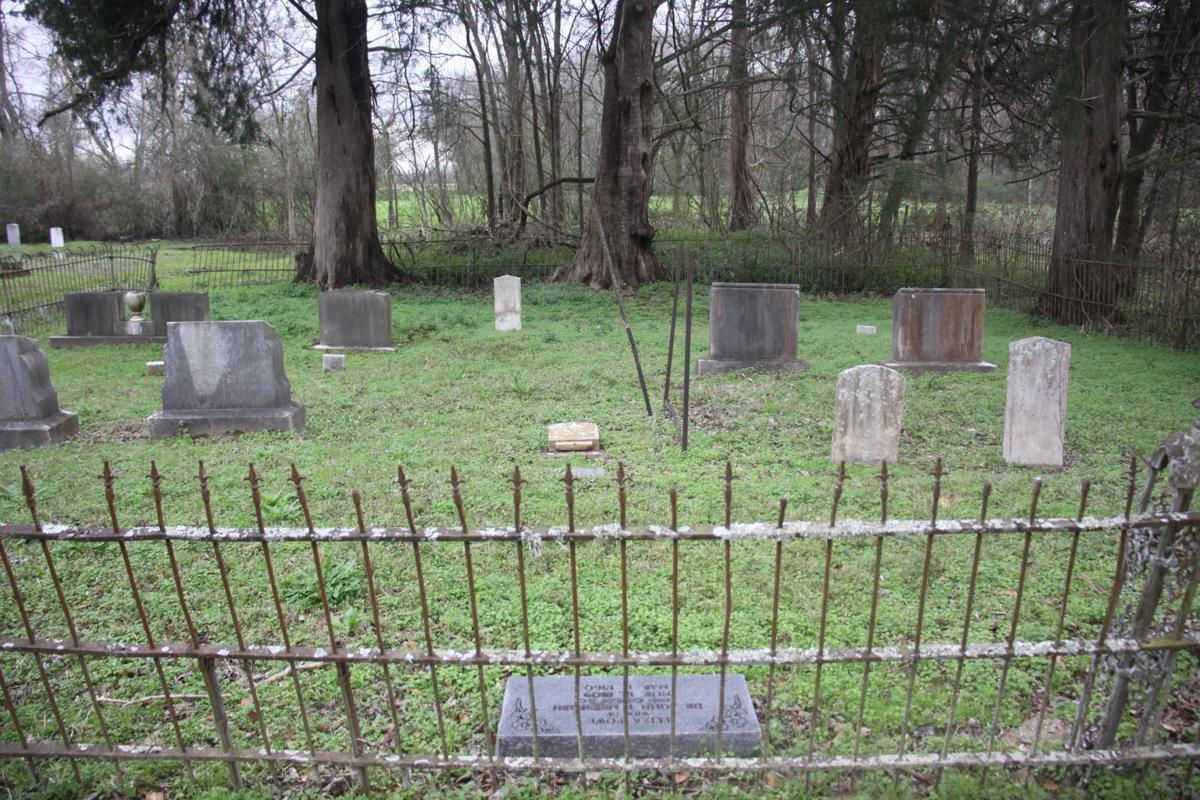 IN THE FOREFRONT, lies the oldest grave in the Alto Presbyterian Church cemetery. The gave dates back to 1863. Past the wrought iron fence in the back is a corner where those familiar with the cemetery say slaves and servants were buried. No person has been buried there in generations due to the fear of desecrating an unmarked grave. (Sun photo by Joe Curtis) 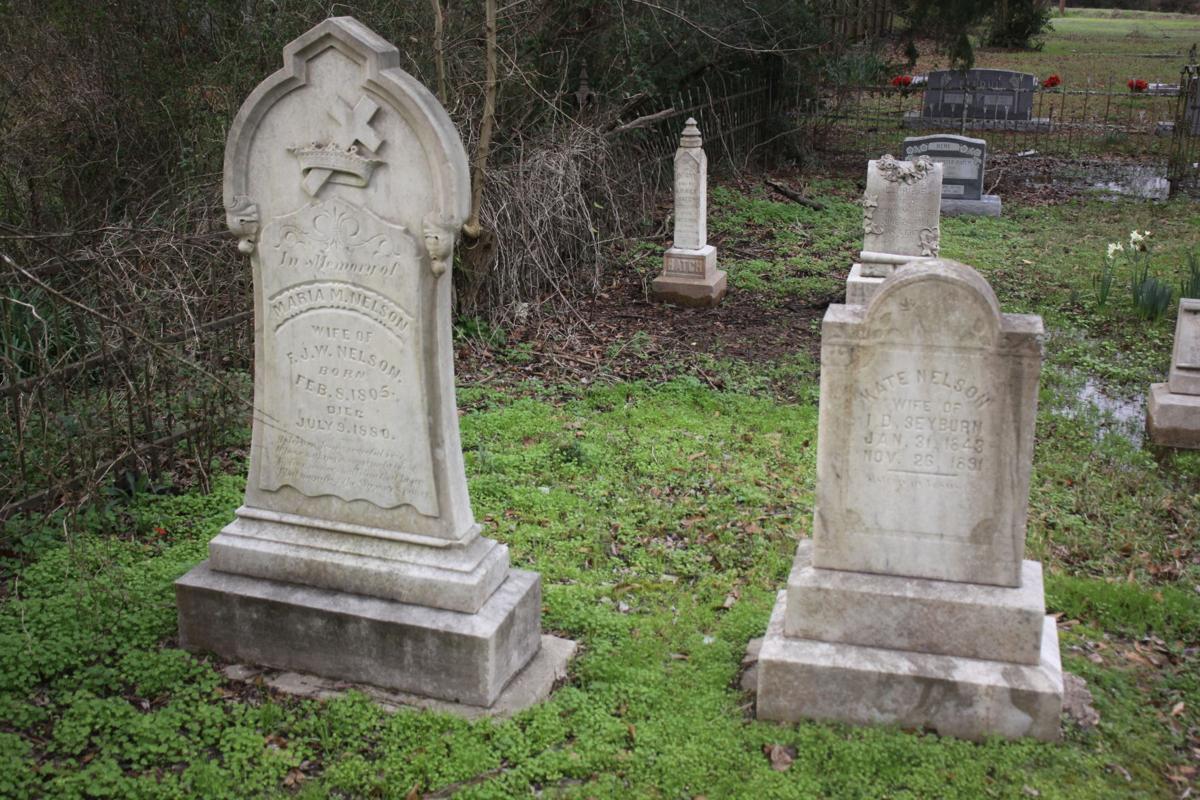 THE ALTO PRESBYTERIAN Church cemetery contains graves of the young and old. Bessie Ivy, pictured above, was only three months old when she passed away. (Sun photo by Joe Curtis)

IN THE FOREFRONT, lies the oldest grave in the Alto Presbyterian Church cemetery. The gave dates back to 1863. Past the wrought iron fence in the back is a corner where those familiar with the cemetery say slaves and servants were buried. No person has been buried there in generations due to the fear of desecrating an unmarked grave. (Sun photo by Joe Curtis)

The fight continues to save 145-year-old Alto Presbyterian Church. The white wood-framed building is suffering from major structural damage.

Leading the cause to save the northeast Louisiana landmark is elder and clerk of session CJ Sartor.

Sartor, along with a small group of volunteers, have received a grant from First Presbyterian Church Shreveport that will pay for a portion of repairs and continue to host fundraising drives to pay for the remaining funds.

Sartor is also working with the Louisiana Trust for Historic Preservation to put Alto Presbyterian Church on the list of “most endangered buildings” in the state.

Since 1999, the Louisiana Trust for Historic Preservation has maintained the list and advocated to save the threatened sites.

The building has not been fully functional for several years due to severely damaged foundation and floors after a limb crashed through the ceiling causing water damage. More damage was discovered as contractors began repairing the roof and floors which was caused by years of water seeping up through the floor beams causing rot and floor buckling.

Money from funding will be used to repair piers and beams, lift the foundation, replace beams and install drainage under the church. Additionally, the original 1930s wiring will be replaced and lighting in the building will be upgraded to current standards using LED fixtures. With money left over, the building will receive a new paint job.

The church building is not the oldest element on the small partial of land located along La. Hwy 15.

The cemetery predates the building with graves dating back before and immediately after the Civil War.

The cemetery contains graves so old carvings in headstones are barely legible from years of weather erosion. Wrought iron fences that surround some of the markers have been in place decades and trees have grown around some of its posts.

As a person scans tombstones in the small cemetery located in the back of the lot, they see a high number of children three years old and younger buried in the cemetery.

Brian Sivils, member of the Alto Church, calls this a testament to the advancement of medicine in the modern age.

“Influenza killed many,” Sivils said. “(The gravestones) tell about the morality rate. The average age of an adult were in their 50s and 60s when they died.”

In the furtherest corner, overgrown and untouched for decades, is a section of the cemetery where supposedly slaves and servants were buried.

“People were never allowed to bury in the back corner because they didn’t know where the graves were,” Sivils said.

Albright said in the future he hopes to have people with the “right equipment and knowledge” to inspect the section and possibly inform parishioners where the graves are located.

To help with the cemetery upkeep, Albright hopes to form a board and organize efforts and get people more involved.

“(Alto Presbyterian Church) needs to be a place of worship, but we have a responsibility to the cemetery,” Albright said.

The church and the cemetery was one of the first places where the early settlers of the area congregated helping with morale in tough times. The location was where people were baptized, couples married, babies were dedicated and unfortunately just a few feet from the church loved ones were put to rest.

“This was the cement that held this community together,” Albright said. “The time is now, and we have to do something.”

For more information about Alto Presbyterian Church or to donate go to their Facebook page.

Teenager new to farm life, but loves it

Calla lilies – from mythology to your backyard

I came across a beautiful display of calla lilies when visiting a local nursery recently. T… Read more