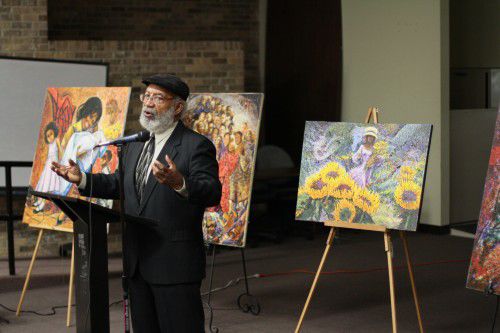 DON CINCONE speaking during the African American Heritage Week held at the University of Louisiana at Monroe. (Photo courtesy of ULM) 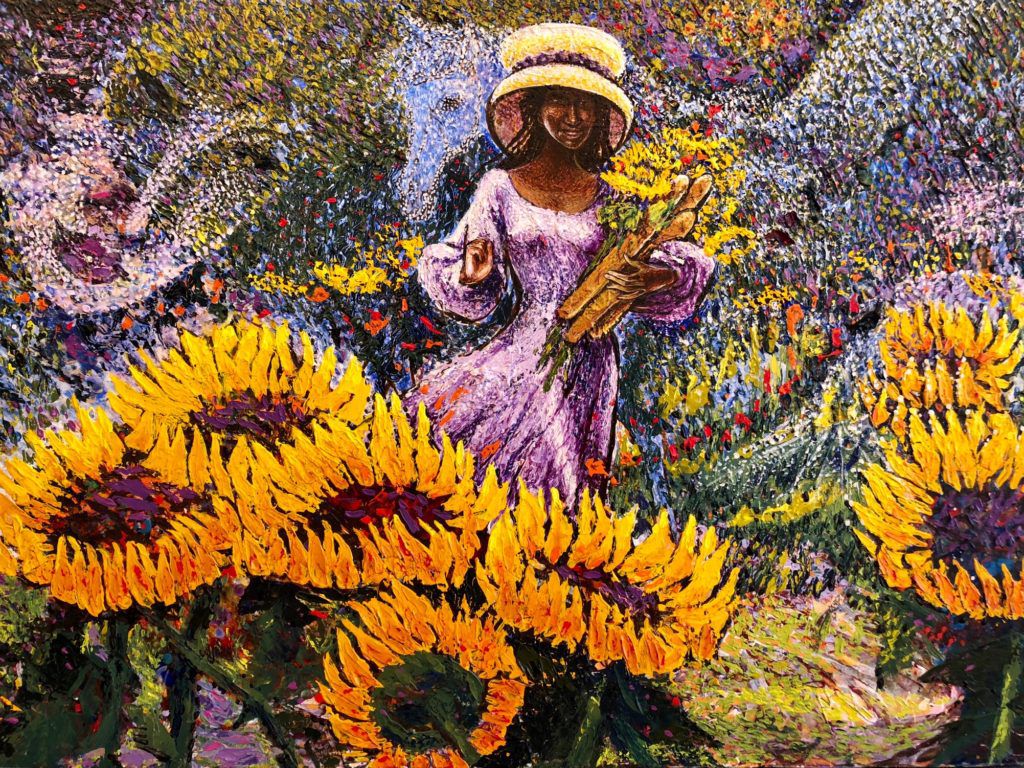 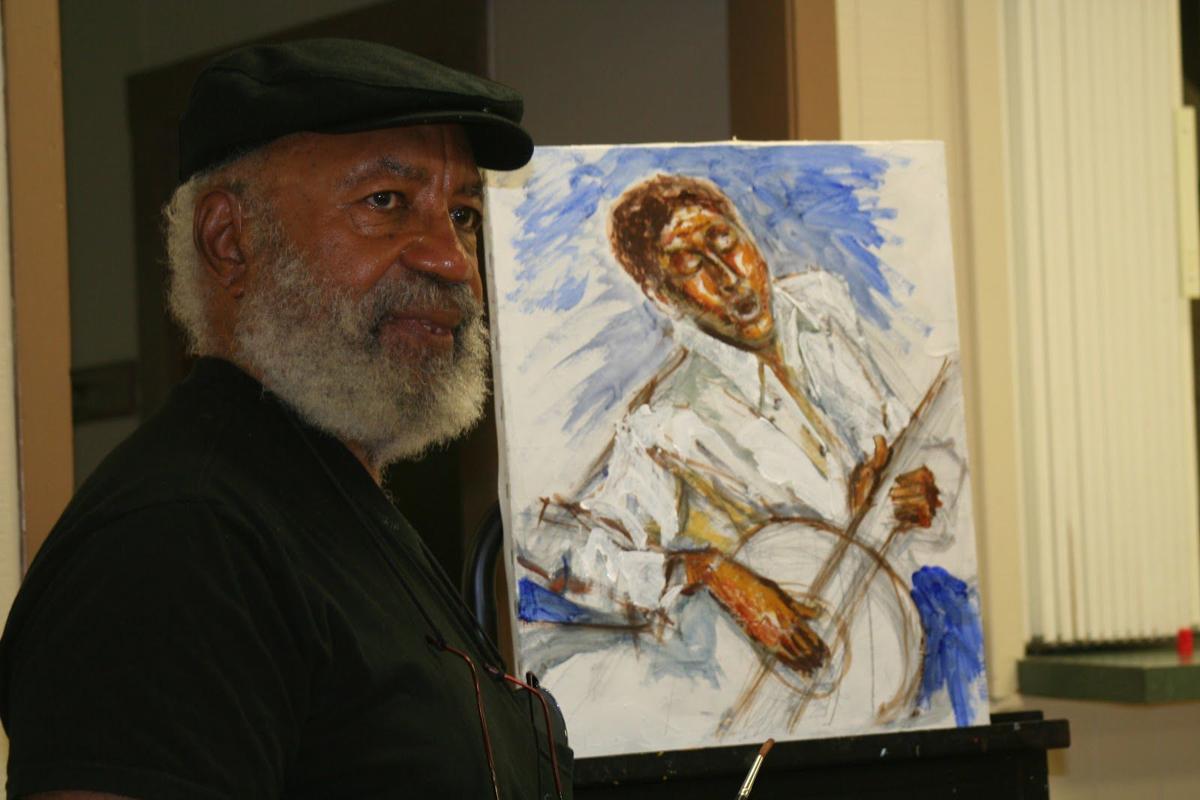 DON CINCONE, of Alto, posed with one of his works at a recent class he  taught. 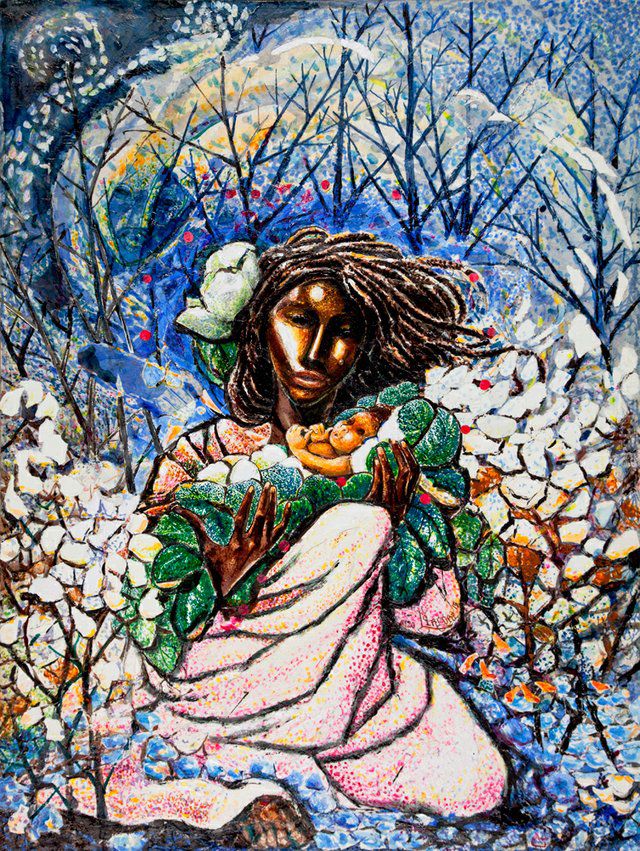 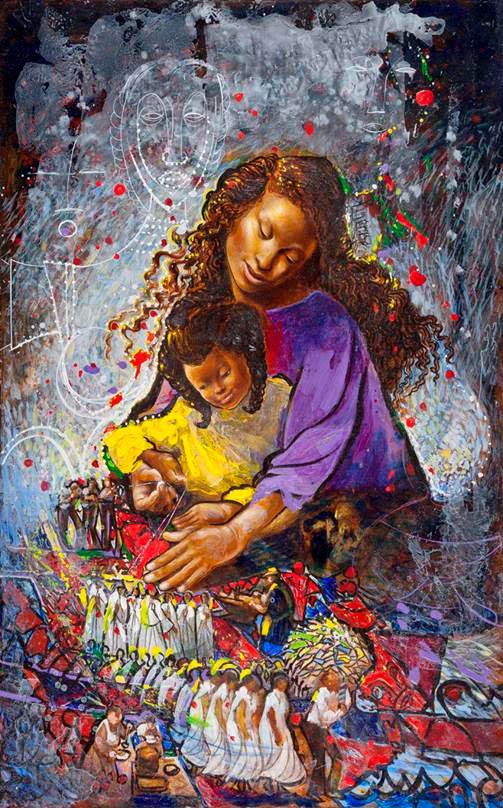 DON CINCONE speaking during the African American Heritage Week held at the University of Louisiana at Monroe. (Photo courtesy of ULM)

DON CINCONE, of Alto, posed with one of his works at a recent class he  taught.

The Old Post Office Museum in Winnsboro will feature renowned artist Don Cincone in an exhibit opening March 17 and running through May 15.

Cincone’s life has been as vivid as his paintings.

Born in Alto, the African American artist has traveled the world, served in the U.S. Army, spent time on the East and West Coast and had his work featured in a 1965 film starring Dick Van Dyke, James Garner, Elke Sommer and Angie Dickinson.

Like many children growing up in rural communities, Cincone’s imagination was active. He recalled in past interviews his love for drawing came at an early age.

“There was never a time in my life that I didn’t want to be an artist,” he said in a BayouLife interview.

Cincone’s first proper art instruction came from the Famous Artists School which was founded by a team of artists such as Albert Dorne and Norman Rockwell. He applied multiple times before being accepted in eighth grade. In the correspondence course, Cincone was taught new skills, critiqued and graded. He recalled it was a period of great growth and development for him in the area of technical skill.

At Carroll High School in Monroe, he became involved in an art club and started competing in district art contests. Cincone won first place in a category of oil painting and also in watercolor. Three other students from his club were chosen to compete at the state competition at Southern University in Baton Rouge.

Cincone became a “paid artist” at a young age. While a junior at Carroll High School, he started working for Central Sign Company in Monroe where he would help create and paint business signs in the Monroe area.

The path of the Holy Spirit

In the mid-’50s, Southern University did not have a fine arts track but did teach courses for those interested in teaching art. Cincone’s heart was to create art, not teach it, so he enlisted in the Army. He was stationed in Germany.

While experiencing the deep art culture in Europe, Cincone was inspired to create a course of study in the art of painting. He toured from Copenhagen to Rome.

Copenhagen broadened his horizons as he encountered Kierkegaard and Hans Christian Anderson.

“I began to understand how all of the my artcomes together, and it comes from the same place-inspired of God and centered in feeling,” Cincone said.

His journey through Europe helped Cincone grow creatively and spiritually in such a way that he could allow God’s inspiration to flow through him. According to Cincone, the path he followed through Europe was curated by the Holy Spirit.

Cincone eventually moved from Alto to Monroe after returning from the Army.  Some words of advice from a family friend stuck out in his mind. They were, “Be yourself.”

“I was struck by that,” Cincone said, in the BayouLife interview. “How can I be anyone other than me?”

Cincone would find himself in the quiet moments of the night while working on his art at his California home.

During this time, he was working at an art agency in California. The art agency was very competitive as it represented 350 other artists. In the beginning, he achieved success with still lifes of fruits, and eventually he added flowers. He painted at the agency from 7 a.m. to 5 or 6 p.m.

But during the quiet moments of the night, Cincone’s art began to evolve into something resembling the work he continues to produce today.

A fresh perspective came from his first wife, Katherine, who had a knack for recognizing the work that would be accepted from the art agency.

One day, she mentioned that many of his pieces would not be accepted by the art agency to which he responded, “You don’t know anything about art.”

She responded, “You’re right. I don’t know anything about art, but I know what I like.”

From that one statement, he began to think more about how people responded to his work, especially with regard to color.

After his wife’s words, Cincone began to apply more of the principles of color he discovered during his tour of Europe. He also learned a great deal about color through collaborations with interior designers.

It was at this time he took on the name Cincone. He last name at birth had actually been Wills, but the agent suggested he go with something that deliberately sounded European.

With his success blooming at the art agency, film producer Ross Hunter thought his work would be a good fit for his film “The Art of Love.” Hunter commissioned 85 paintings for use in the film and even commissioned a piece for his own collection.

“The Art of Love” is now archived in a collection at the University of Southern California that was created to give credit for his work.

Cincone credits God as his source of inspiration.

“Ideas come to me,” he said. “Inspiration is like a lone spark in a million midnights, and then it’s gone.”

His art is Cincone’s ministry.

“One of my biggest awakenings,” he said, “has been to see that in what I receive from God, there is a message. It’s a communion, and in time, I’ve learned that the message that’s given to me doesn’t stop with me. It now inhabits the painting. Each person gathers to themselves something from the Creator that came through me, the conduit, and that, for me, is really the finishing of the painting, and in a sense, it’s never finished, because it becomes intergenerational.”