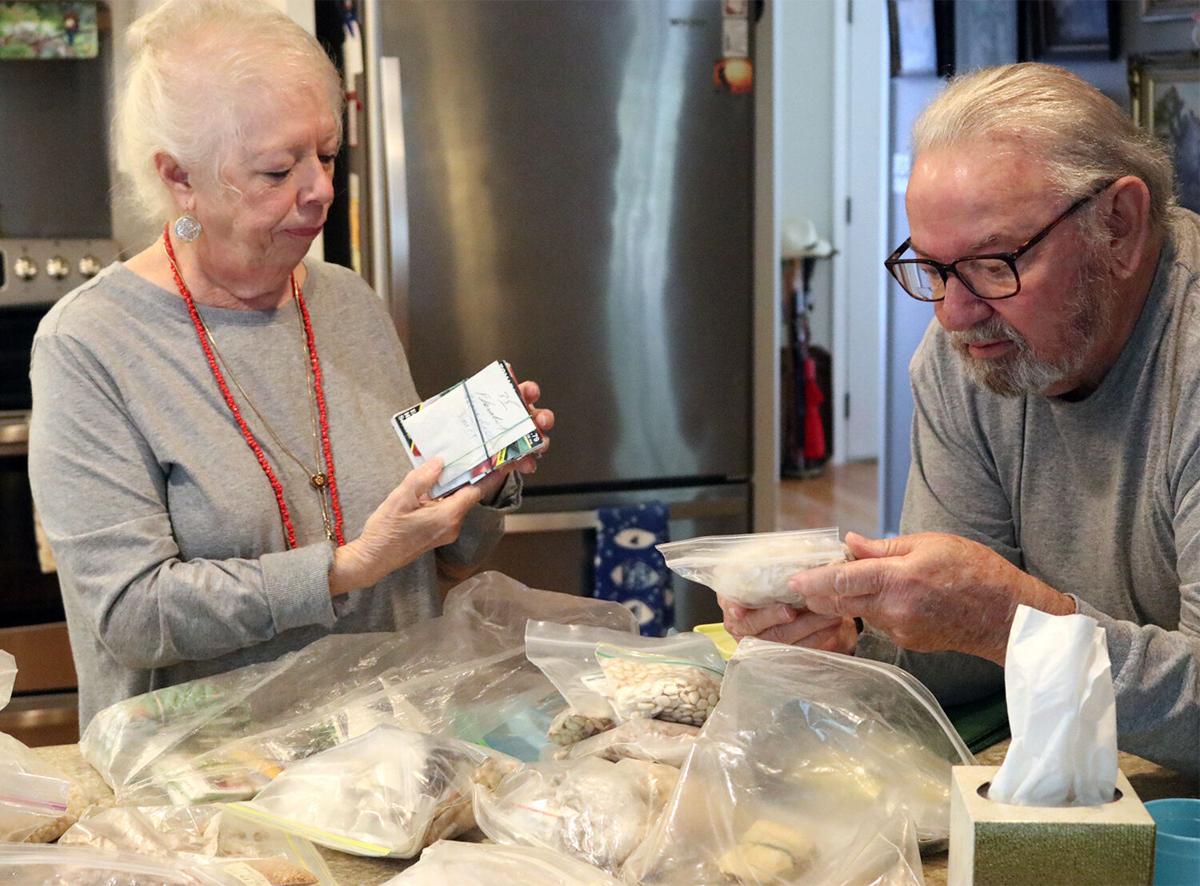 BARBARA AND Steven Anderson inspect the many variety of seeds left to them by F.W. Bill Berthelot Jr. Many of the seeds are approximately 40 years old and still producing. Berthelot was Barbara’s father. (Sun photo by Joe Curtis) 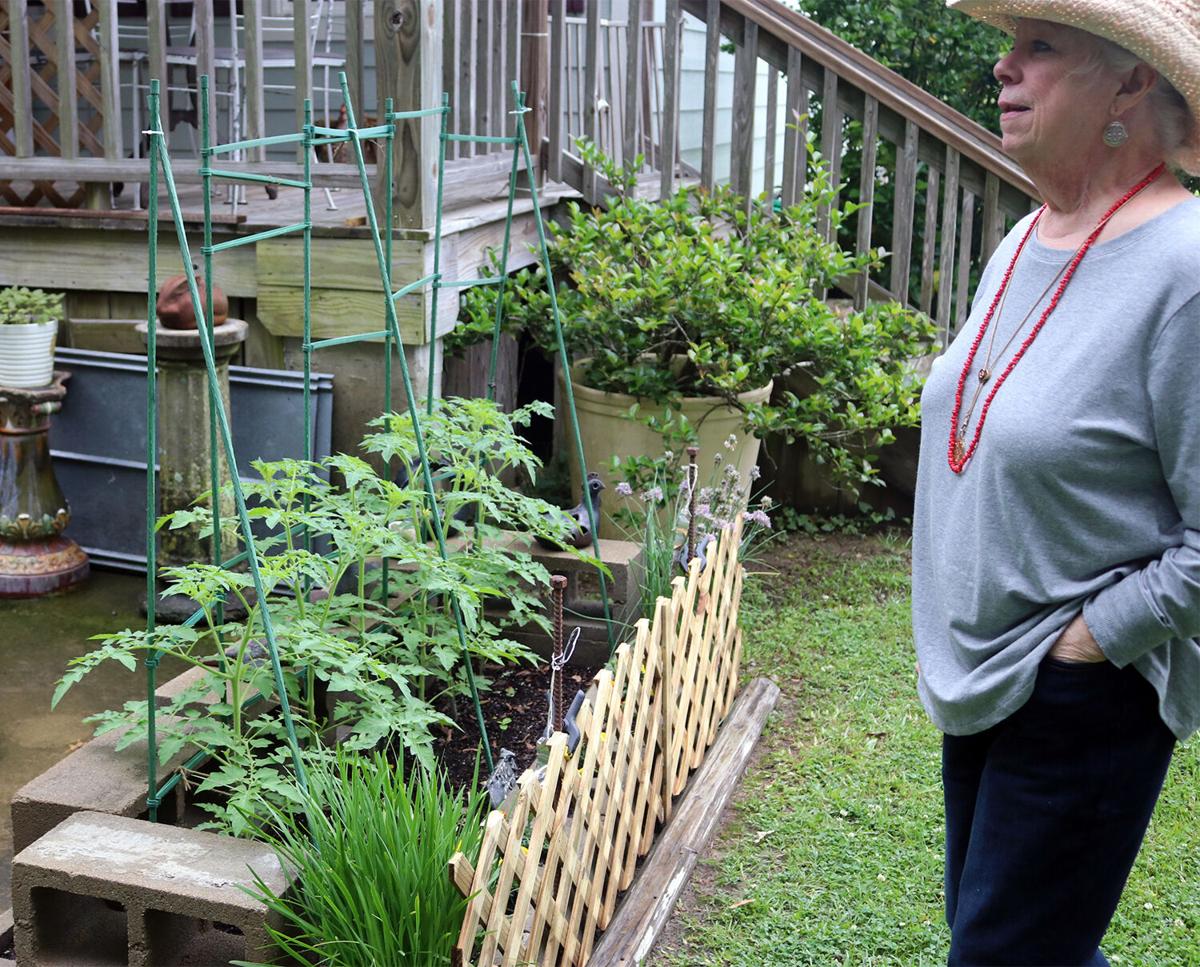 BARBARA ANDERSON shows the Johnny’s Pizza tomato plants growing in her backyard. Her father saved the seeds of a cherry tomato he ate at the pizza chain years ago. The original seed is gone but by harvesting current seeds, the Andersons are able to enjoy the variety each year. (Sun photo by Joe Curtis) 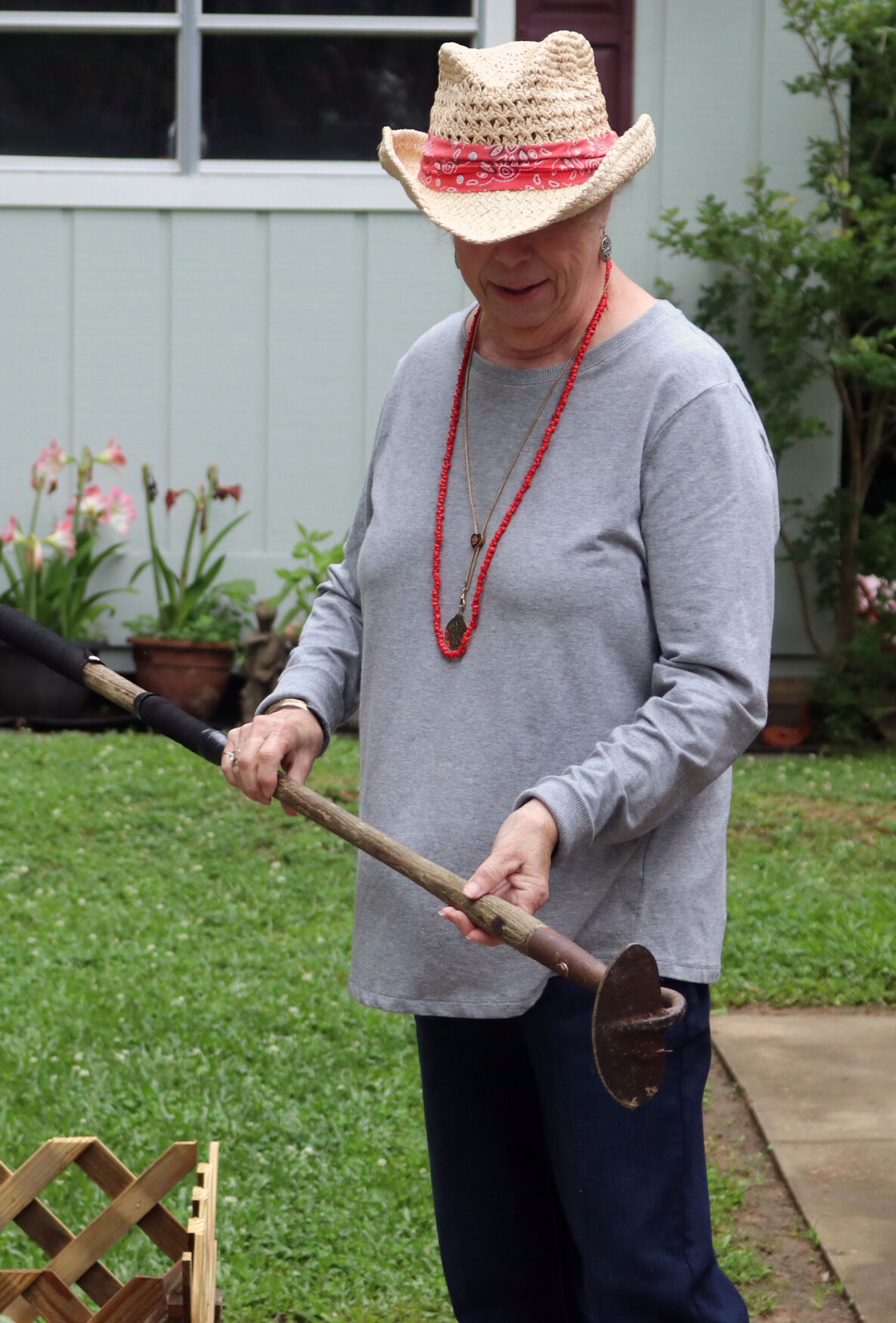 BARBARA ANDERSON works her raised-bed gardens with a hoe given to her a Steven Anderson’s grandmother. (Sun photo by Joe Curtis)

BARBARA AND Steven Anderson inspect the many variety of seeds left to them by F.W. Bill Berthelot Jr. Many of the seeds are approximately 40 years old and still producing. Berthelot was Barbara’s father. (Sun photo by Joe Curtis)

BARBARA ANDERSON shows the Johnny’s Pizza tomato plants growing in her backyard. Her father saved the seeds of a cherry tomato he ate at the pizza chain years ago. The original seed is gone but by harvesting current seeds, the Andersons are able to enjoy the variety each year. (Sun photo by Joe Curtis)

BARBARA ANDERSON works her raised-bed gardens with a hoe given to her a Steven Anderson’s grandmother. (Sun photo by Joe Curtis)

Family members receive these items as part of their inheritance from loved ones but a Turkey Creek couple received something else - seeds.

“If he would have left us money, we would have gone through it pretty quickly,” said Barbara. “Here we are 40 years later, and we are still enjoying our strange inheritance.”

Berthelot worked for LSU’s sugar cane experimental station on the Baton Rouge campus and later at St. Gabriel’s extension service for 33 years. He grew, experimented and harvested the sweet crop.

“His life work was growing, experimenting and harvesting sugarcane,” she said. “And of course insect control and the whole nine yards.”

Along with growing sugar cane, Berthelot was an avid home gardener and was very knowledgable about the growing process. Barbara said his two favorite holidays were Easter for planting and Halloween for harvesting, and he grew a garden year around.

“Dad always grew a very big garden, and he grew everything and anything,” she said. “Most of time he was successful with the crop he grew. He loved growing and planting seeds.”

Steven remembers spending much time talking with his father-in-law about his garden and gaining knowledge.

“Every time we visited, I would go straight through the house and into the garden,” Steven said. “We would sit and talk for hours about the garden. He taught me a lot.”

“We always planted a garden,” she said. “When you have a tomato or any vegetable that is producing, it is such a celebration. It is such a joy.”

Berthelot loved growing many different varieties of vegetables and his love developed into what some call a “strange” habit. When he found a vegetable he liked, he would save the seeds.

For example, if he ate a cantaloupe from Winn Dixie and liked it, he would save the seeds and call them Winn Dixie cantaloupe. Or, if he got a vegetable from a friend and didn’t know the variety he would name the seed after that friend.

In one instance, his habit bled over into a restaurant.

“One day my sister was taking mom and dad out for lunch,” Barbara remembers. “They decided to go to a little pizza place in Baton Rouge called Johnny’s Pizza, and they had a buffet. He loved the cherry tomatoes, so he popped one in his pocket. For 30 years, we have been planting Johnny Pizza’s tomatoes.”

The Baton Rouge restaurant is the same chain as the one in Winnsboro, and Johnny’s Pizza tomato variety is grown in the Anderson’s garden this year.

The Anderson’s keep the seeds in a deep freeze in a large bag. The seeds are labeled and stored in smaller plastic bags and small canisters. They are only brought out when the Anderson’s retrieve a few for planting.

“It’s fun because I run across things I don’t know what they are,” Steven said. “These seeds are 30 to 40 years old, and I am just amazed when they come up. We get almost 100 percent germination from them. It is amazing.”

This year due to the COVID-19 pandemic, merchants have had a hard time stocking plants, but that did not phase the Andersons. They just dipped into their bank.

“We went into the seed bank and pulled some tomato seeds,” she said.

The love of gardening and their memory of Berthelot keep the Andersons busy planting seeds and tending to their crop even though their crop is smaller these days.

“We don’t grow a lot but we have more than enough to eat and share with the neighbors,” Barbara said. “Each year we have reduced it because we realize it may be a little more than we can handle.”

“We eat, we freeze and give away,” Steven added.

The Andersons have went to raised beds and compost because it is easier to manage, but they still have the same obstacles to overcome as a ground-based garden. Some obstacles are rain, lack of rain, rising and falling temperatures and an armadillo named Tiller.

“Our neighbors have seen him, and they say he is the biggest armadillo they have ever seen,” Steven said. “He went down the side of the driveway one night, and it looked like somebody had taken a tiller and run it down there.”

Through Tiller and the weather, Steven and Barbara keep planting, growing and reaping the harvest. It keeps dad’s memory alive and fresh tomatoes on the table.

“(The seed’s) are a gift of a lifetime,” she said. “People need to plant more vegetables instead of flowers. There is nothing better than a fresh tomato.”