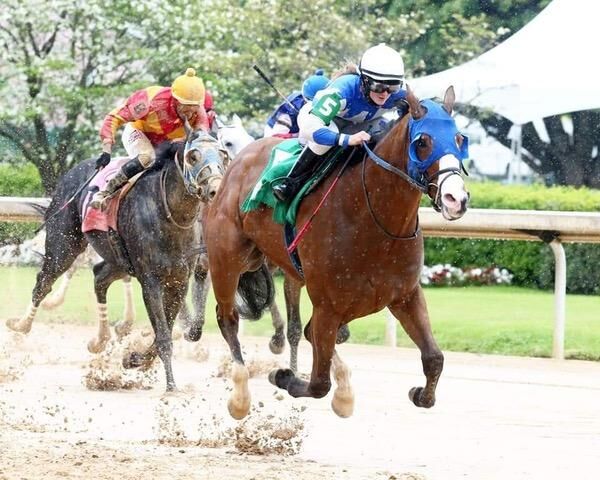 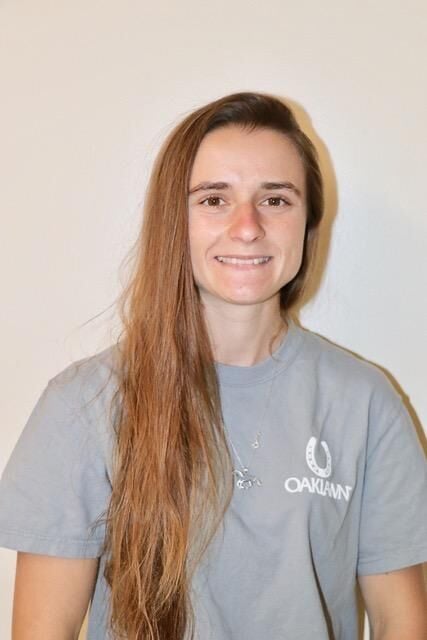 LINDSEY HERBERT is the daughter of Billy and Jonellyn Hebert of Crowville.

LINDSEY HERBERT is the daughter of Billy and Jonellyn Hebert of Crowville.

The path to becoming a professional horse jockey is long and hard, just ask Lindsey Hebert.

“When I was a little girl, I always rode horses,” Hebert said. “I always wanted to be jockey. I love horses. I love riding.”

Hebert did not know why she desired to become a jockey. She had not been to any races, but watched it on television. At age 11, she was given her first ex-race horse named, Full Scrimmage.

“I believed I was a jockey then,” Hebert remembered. “I was riding a real race horse, and in my childhood heart I was the real deal.”

Hebert continued to get horses “off the track” and train them until a friend who worked in Oklahoma asked a trainer if she could have a job.

“I really wanted to be a jockey,” she said.

At 17 years old, Hebert, who received her education at home, moved to Oklahoma and started working on farms in hopes of accomplishing her dream.

“I worked with yearlings to walk on the lead rope and cleaned stalls and did a lot of hard labor,” she said. “There was a training track right beside the farm.”

At the training track her now finance taught her how to gallop.

“Whatever they brought in, I rode,” she said.

At 19, Hebert and her finance moved to Kentucky to pursue becoming a professional jockey.

Ponying is the practice of leading one horse while riding another. The pony horse must have a calm and steady disposition. Geldings are often preferred mounts due to their more reliable disposition, particularly for ponying stallions. Although the word "pony" is used, horses used for ponying are generally full-sized.

After a year of ponying horses and other jobs around the race track, Hebert started galloping race horses.

Hebert and her finance went to Oaklawn Racing Casino Resort in Hot Springs, Ark where she was able to get her jockey license.

To work with the horses, everyone has to get a licenses, whether they are hot walkers, groomers and trainers.

“I had to be approved by the gate crew and come out of the gates,” Hebert said.

Then, Hebert talked to a group of people who made sure she was safe to work with the horses. She rode two races watched by the people and was given her apprentice license. Hebert was 22.

Hebert now has to win 45 races in order to gain her professional jockey license. She won her first race April 16.

“I been riding this horse for months,” Hebert said. “(The trainers) and I were really excited about this horse. We were training him and getting him ready, and we thought we had a shot with him. I felt fairly confident, and I wanted to win for these people because they have done so much for me.”

When her and the horse came out, he “got up there and all of the sudden he kept going and didn’t stop. It was amazing. He just ran off. He was enjoying it, and it was no way they were going to catch him.”

“I wanted to cry,” Hebert said. “It was very overwhelming.”

Oakland Racing Casino Resort is the premier winter destination for horse racing because it boasts some of the best jockeys and trainers. There are only two female jockeys in Oakland, and Hebert is one of them.

“It was pretty wild that a female had won her very first race here at Oaklawn,” Hebert said. “It is very tough competition here. I didn’t expect to win here, but I did.”

Hebert could possibly ride every day depending on how popular she gets. As her name becomes more familiar, Hebert will be asked to ride more. Typically, a jockey rides three or four races a day. Every race track has three to four race days. The rest of the days jockeys will still work the horses.

The couple will now move to Indiana for the summer circuit.

“We are kind of like carnies,” Hebert laughs. “There is a summer circuit and then for the winter we come down to Oklahoma, Hot Springs, New Orleans or Florida.”

Jockeys choose where they want to go among the circuit.

Hebert acknowledges jockeying is a dangerous sport and trains to strengthen her body and improve her technique.

Dangers jockeys face everyday is falling off a fast moving horse and getting trampled. Before the race starts, a horse can get spooked in the gate. The horse could buck in the gate, throwing the jockey, and he or she could get trampled.

“It is very dangerous,” she said. “We could get killed anytime.”

A typical day for Hebert is riding a horse from 5 a.m. to 10 a.m. every morning then racing in the afternoon.

“We have no holidays or time off,” she said. “This is every single day.”

Hebert sees herself being a jockey as long as her body holds up.

“It’s not ‘if we break’ something but ‘when we break something,’” Hebert said.

Hebert eventually wants to own a farm where she will train and break race horses. And, she wants to continue to make her mark on the racetrack.

“I have a lot of odds stacked up against me, but I am going to work hard and see where it takes me,” Hebert said.  “It is a very, very tough industry. It has been a long, tough journey.”

Winnsboro-Franklin Chamber of Commerce bestowed more than $38,000 worth of scholarships at i… Read more

The floods, wind and hail could not stop our wonderful volunteers for the Trash Bash last Sa… Read more

On Sunday, July 4, Hank Williams, Jr. will perform at The Natchez Bluff for Natchez 4th of J… Read more

Crowville jockey proves herself on the track