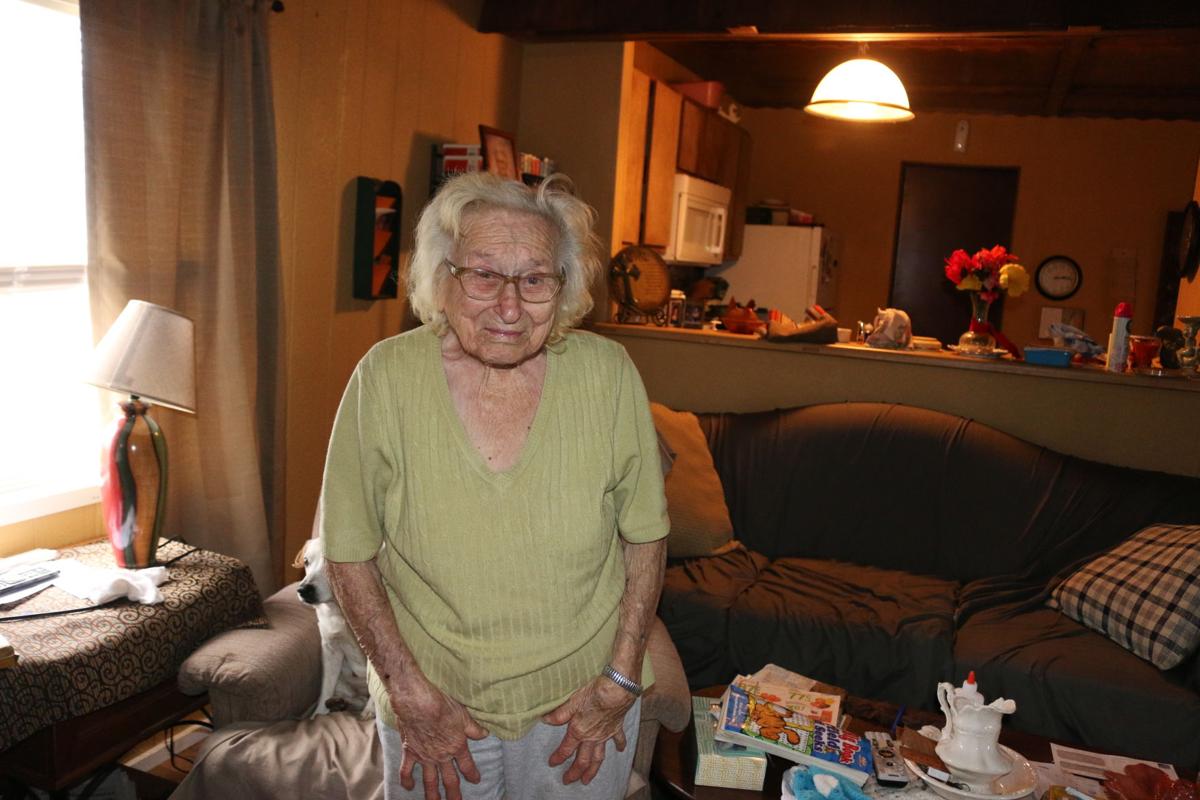 NELLIE “NELL” MULLICAN enjoys the warmth of her new home provided by a group of good samaritans in Franklin Parish. (Sun photo by Monica Huff) 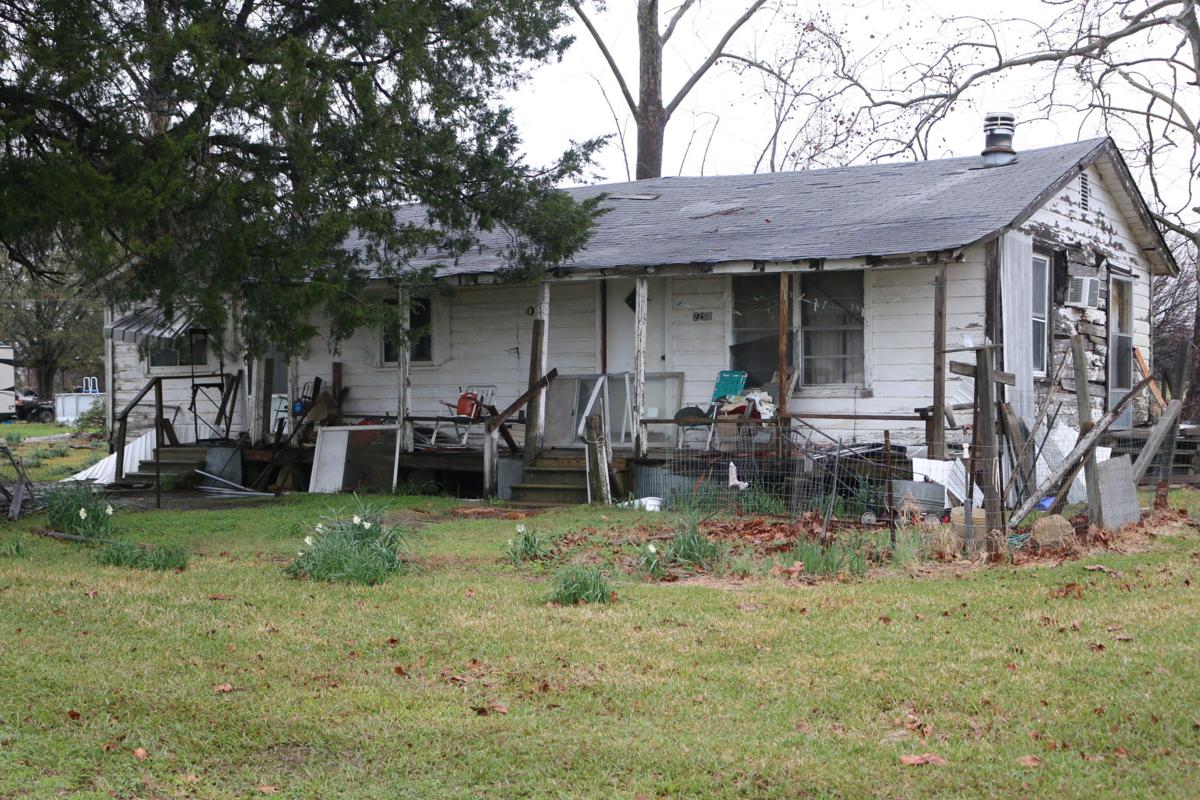 NELLIE “NELL” MULLICAN’S previous home stands in disarray. The home she lived in for more than 40 years suffers from major structural damage and will soon be torn down. (Sun photo by Joe Curtis)

NELLIE “NELL” MULLICAN enjoys the warmth of her new home provided by a group of good samaritans in Franklin Parish. (Sun photo by Monica Huff)

NELLIE “NELL” MULLICAN’S previous home stands in disarray. The home she lived in for more than 40 years suffers from major structural damage and will soon be torn down. (Sun photo by Joe Curtis)

A group of Franklin Parish residents and area churches recently came to the aide of an elderly resident when they discovered she was living in deplorable conditions.

Because of their humanitarian efforts, Nellie “Nale” Mullican, 92, now sits comfortably in her mobile home located just 50 feet from her earlier home, something she was not able to do just a few months ago.

Previously, Mullican lived 47 years in a white, wood framed home now suffering major structural damage.  In some places, sheetrock falls from walls and the floor is peppered with holes. Demolition plans to the old home are being made.

The charitable endeavor was spearheaded by Mary Wallace who was informed of Mullican’s situation by E.H. Emfinger, a friend to the new homeowner.

Wallace started calling on local churches when she heard about Mullican’s dilemma.

“Kevin Bates with Life Church came to my mind,” Wallace said. “I called and told him about her, and he agreed to help get money together. His church donated the first $1,000 and continued to take up love offerings for her.”

First Baptist Church of Gilbert followed suit by donating $1,000, taking up love offerings and providing workforce with members of their Amazing Grace Ministries.

Amazing Grace Ministries helps men overcome addictions by offering Bible studies, Celebrate Recovery meetings, worship services, substance abuse classes and discipleship training. Later in the recovery process, men move on to the job phase where they are helped in finding work. During this period, men save money to better position themselves for success after leaving the six-month program.

“This has been a community effort,” said Bro. Bubba Ezell, pastor of Gilbert First Baptist.

Wallace’s initial plans were to take $2,000 donated by the churches for a downpayment, but within a week enough money was collected to pay for the mobile home outright.

“I heard a bunch of rumbling outside,” Mullican said. “I looked out and there was my home.”

Upon arrival, Northeast Louisiana Power Cooperative donated the meter base and pole while Delta Fuel moved her propane tank and set up her gas, Wallace said.

“Everybody I have asked has been so helpful,” Wallace said. “A lot of people went into helping. I never could have done this by myself. I can’t thank everybody enough for doing this.”

Mullican, who grew up in Mangham and Baskin, moved to her former home in the early 1970s after she moved back from Pascagoula with her brother. She worked at Winnsboro’s garment plant for seven years before retiring.

“We moved back in February 1973,” Mullican said, as she relaxes in her recliner. “This is home. Franklin Parish is home, and I am proud to live here.”