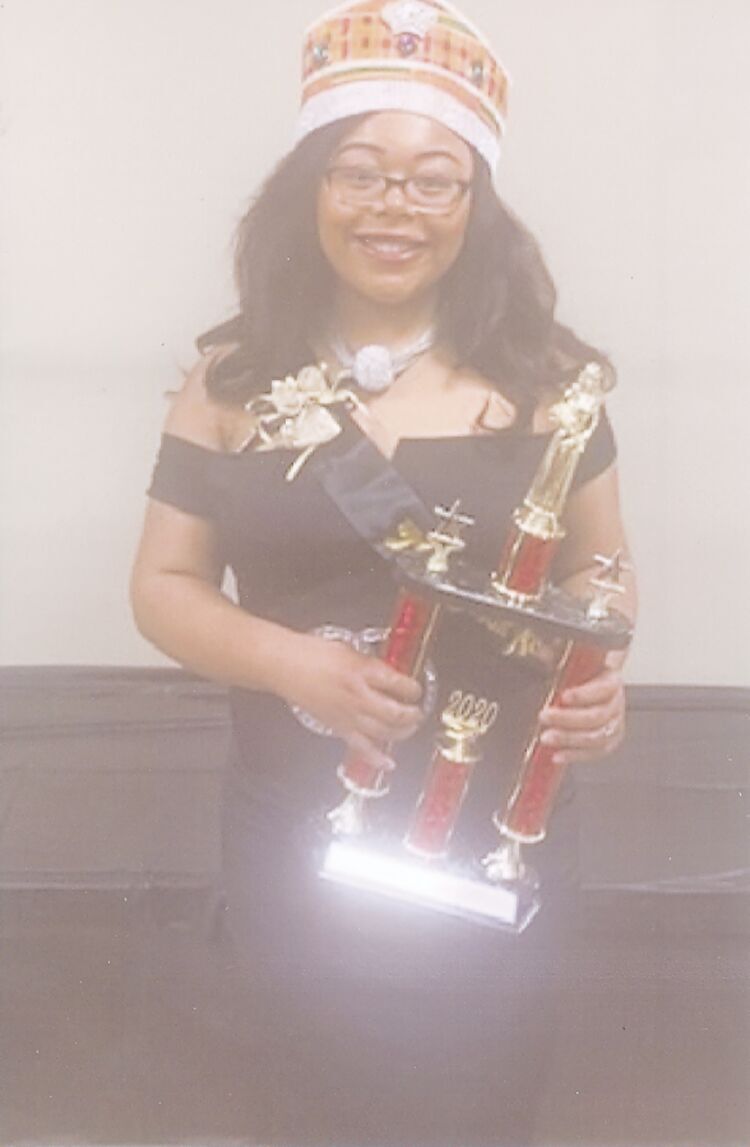 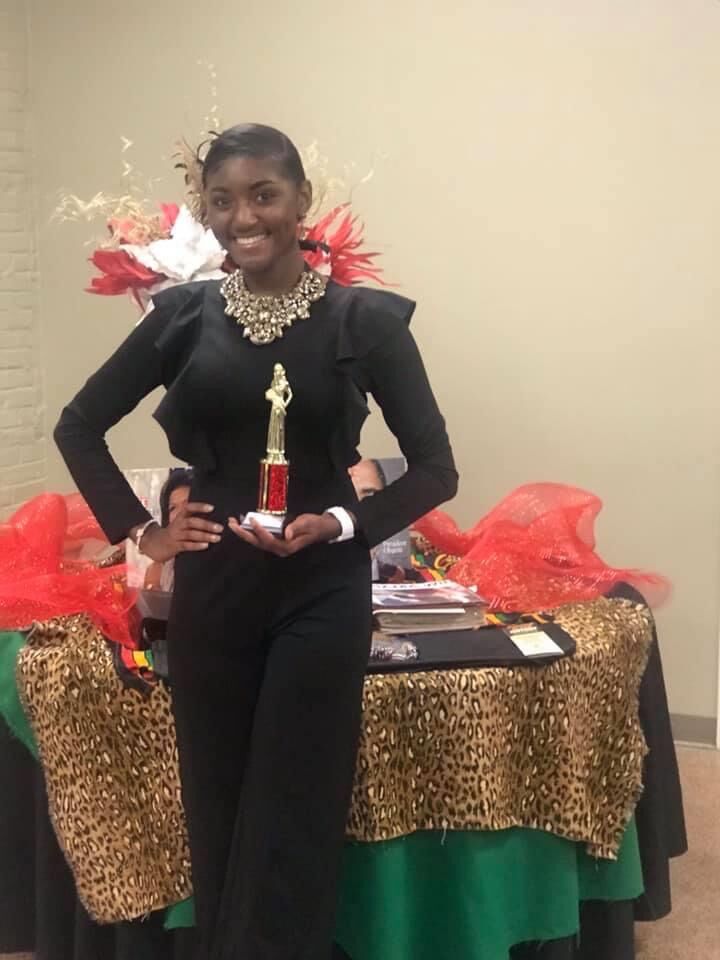 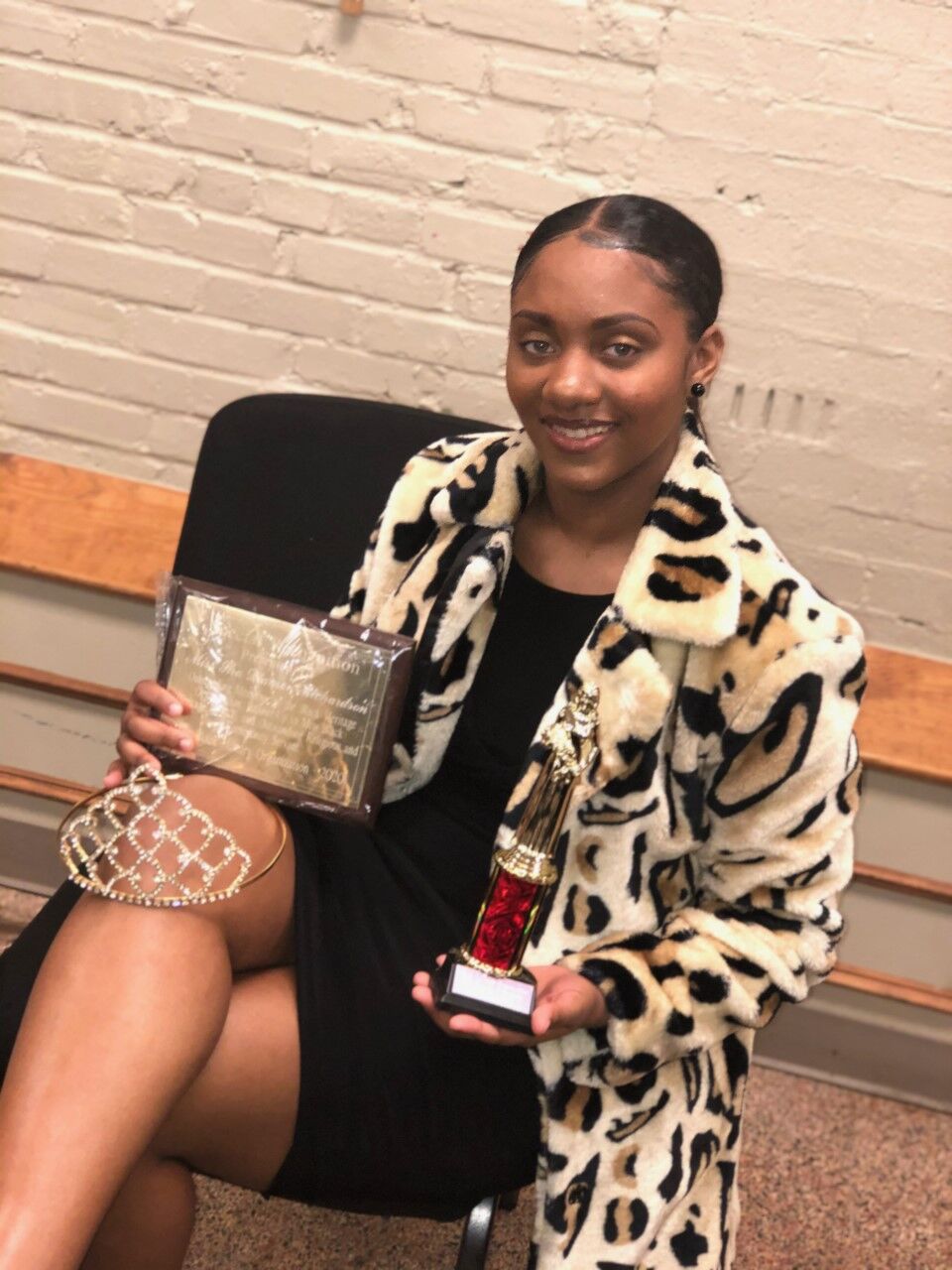 During the event, Tyana Johnson was crowned as Miss Black Heritage 2020.

Miss Black Heritage was introduced by Linda Miles Short and crowned with the traditional crown of the Black Heritage Organization and presented with a plaque by the president, Mabel Lawrence Thomas.

Johnson is the daughter of Tyrone and Dr. Jacqueline Johnson. She is a honor student at Franklin Parish High School where she currently maintains a 3.71 GPA.

Johnson’s family and friends refer to her as “The Miracle” after surviving three open heart surgeries before the age of three and becoming deaf at two years old. She is a living testimony of God’s power, love and grace.

She is also a recipient of the Southern University Beginning Agriculture Youth Opportunity Unlimited (BAYOU) program which is centered on teaching youth about the exciting world of agriculture, family and consumer sciences.

Johnson’s primary academic goal upon graduation from high school is to attend Southern University and obtain a Bachelor’s of Science Degree in child development. Her passion is to work with young children in an attempt to develop, enhance and improve their mental and physical characteristics and capabilities. It is her desire to work with children at this critical vertex in their lives in an effort to direct them towards social, psychological and academic success. She plans to one day own and operate her own child development center.

Johnson is a very faithful member of Shiloh Baptist Church where she is vice president of the youth department. She is also a senior member in the youth oratory group, “Speak Up For Jesus.”

Miss Black Heritage. They were introduced by Short and presented with trophies by Thomas.

Martin is the daughter of Andre and Rachel Doyle and Michael Loyd. She has a 3.0 GPA at Franklin Parish High School where she is a member of the National Beta Club because of her outstanding leadership, character and community services and academic success.

As an active member of the Beta Club, she volunteers her time to various community activities such as the McLendon Family Foundation for Special Needs Children and the Lions Club eye glass donation. She is also a member of Miss Lindsey’s School of Dance and a cheerleader at FP.

She was described by one of her teachers as a very intelligent, hardworking and dedicated young lady that is the best role model she can be to other students.

Martin is a very active member of her church, Victory Temple, where she serves as an ambassador of the Youth Choir. She exemplifies a true positive and dedicated worker in her church. She is very positive and enjoys helping anyone in need.

She plans to attend the University of Monroe Louisiana to become a speech pathologists.

Richardson kept a 4.0 GPA at Mangham High School. She is the daughter of Patrick and Ceta David and Everette Richardson.

She is a member of the National Beta Club and was chosen as National Beta reporter. She is also a member of the Spanish Honor Society. She was described by one of her teachers as being “positively determined to accomplish any assigned task presented to her, never complaining, works alongside others to ensure that all tasks are completed. She has also tutored numerous students without being prompted to do so.”

Richardson also served as the captain of her basketball team and participated on the track team. She has been a member of the Black Heritage Organization from an early age and served the organization in many ways.

She was elected as Miss Black Heritage in 2019. Richardson and her sister Kerice Richardson received “Special Recognition” for being the youngest and most dedicated members of the organization in 2013.

Shadiamond Richardson was selected for special recognition this year

and was introduced by Dorothy Brown and presented a plaque by Thomas.

She was also presented with a special crown given by her grandparents, Mr and Mrs. Barnell Richardson, Sr. along with other family members for being their “special little princess.”

Richardson is a dedicated member of the United Faith Assembly of Christ where she teaches vocational Bible School, places flower not he names of veterans, visits nursing homes and participates in the youth basketball camp.

She plans to attend Grambling University to become a mortician and a funeral home director like her grandfather, Burnell Richardson, Sr. and her father, Everette Richardson.

Dorothy Swayzer introduced the “Unsung Heroes” — persons who are dedicated, determined and dependable in making our communities better places to live in economically, educationally and spiritually. Bishop Andrew White and Abe Credit received the plaques that were presented.

Recently, she was awarded a honorary diploma by the American Veterinary Epidemiology Society for her work in human health, animal health and One Health.

Dr. Richardson in her outstanding message to encouraged parents to do their best in guiding their children to receive their best education that they can obtain. She challenged students to become an outstanding part in their communities so that one day, they too can be outstanding.

The Black Heritage Organization wishes to thank the contributions and all persons who in any way helped to make this event possible.

The sounds of laughter and a child calling to his mother are sweet to anyone’s ears, but are… Read more