You have permission to edit this article.
Edit
Home
News
Sports
Opinion
Obituaries
Community
Gallery
Public Notices
About us
Subscribe
1 of 6 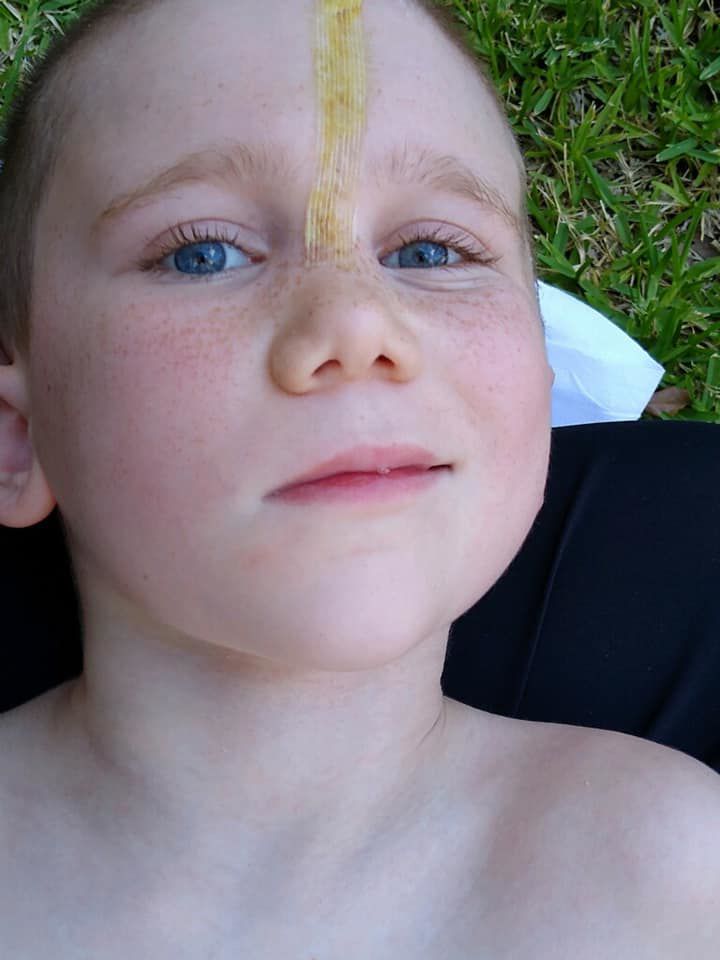 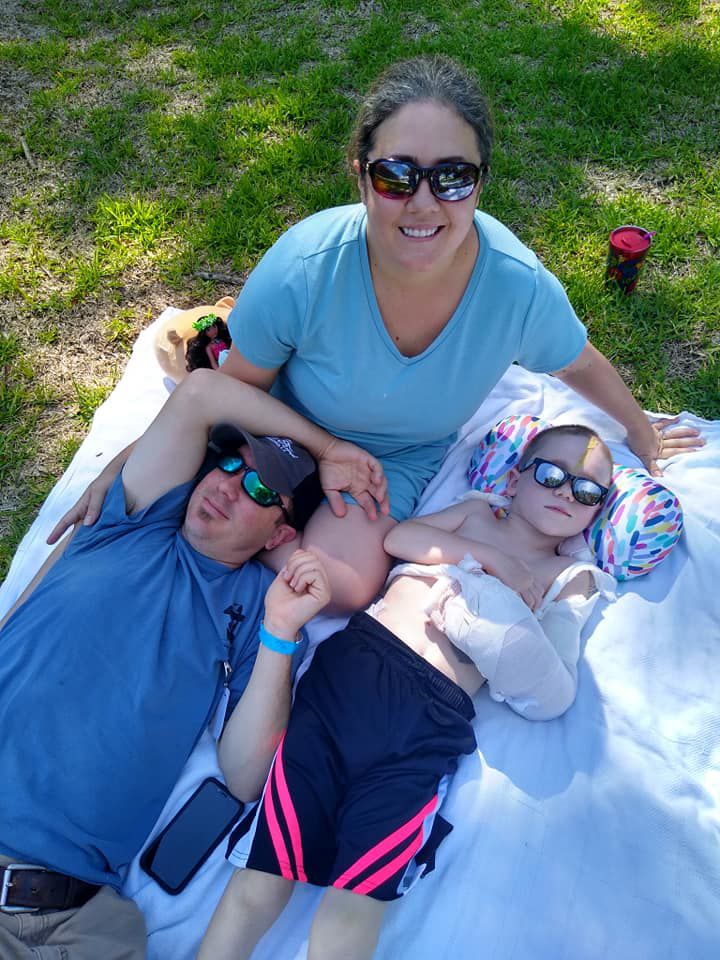 The Robertson family enjoys a moment in the sun. 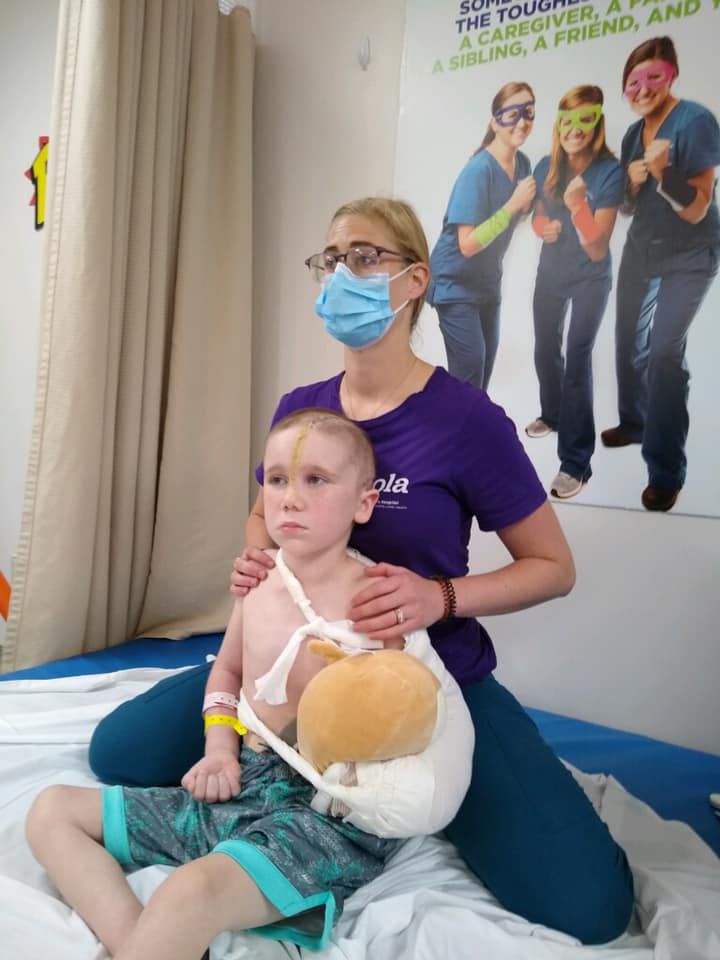 Carter works hard during a therapy session at Children’s Hospital in New Orleans. 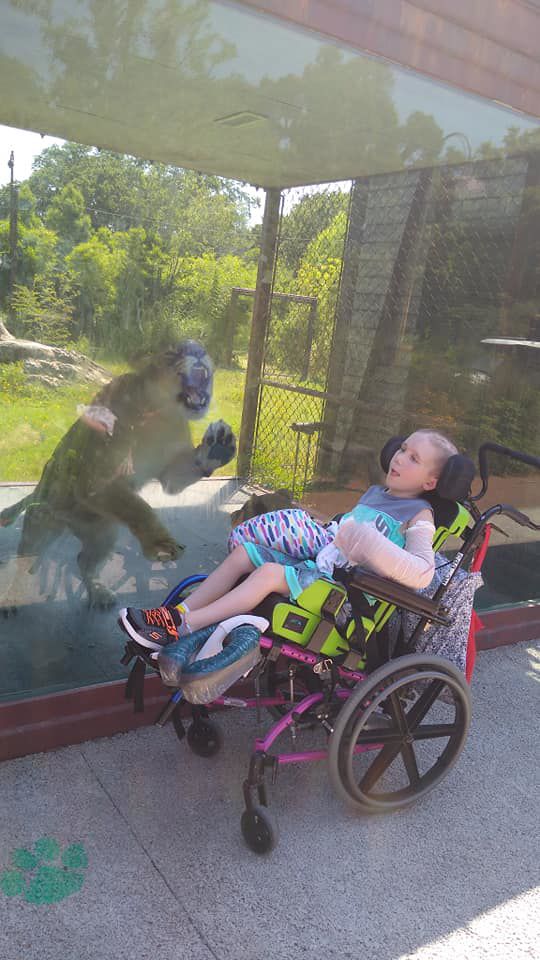 Carter recently made a trip to the New Orleans zoo during a therapy session. 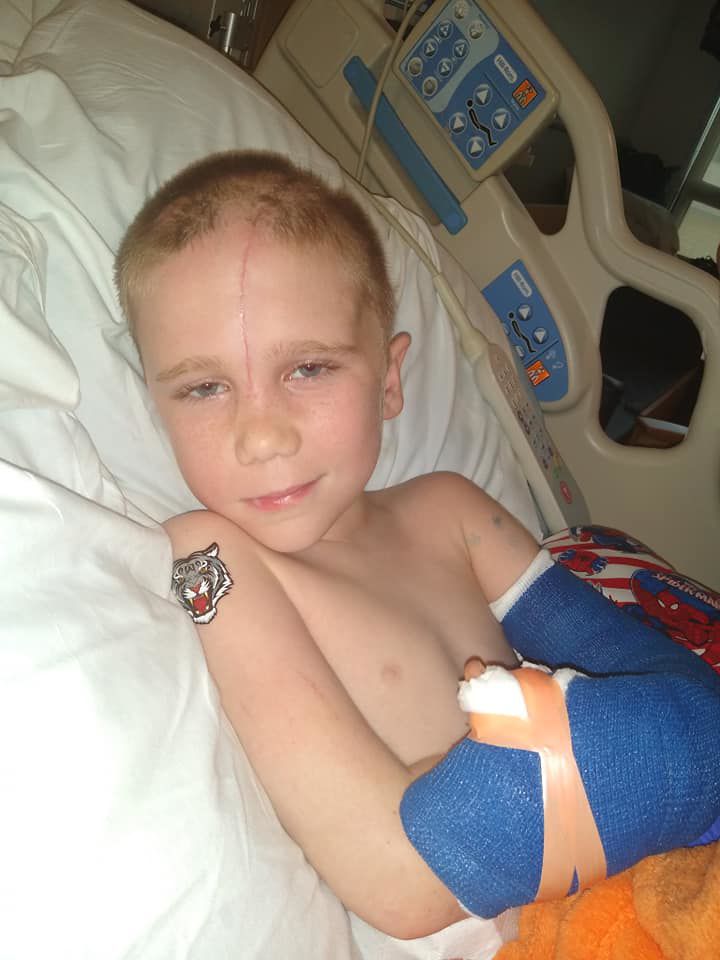 Carter smiles for the picture and shows off his tiger tattoo. 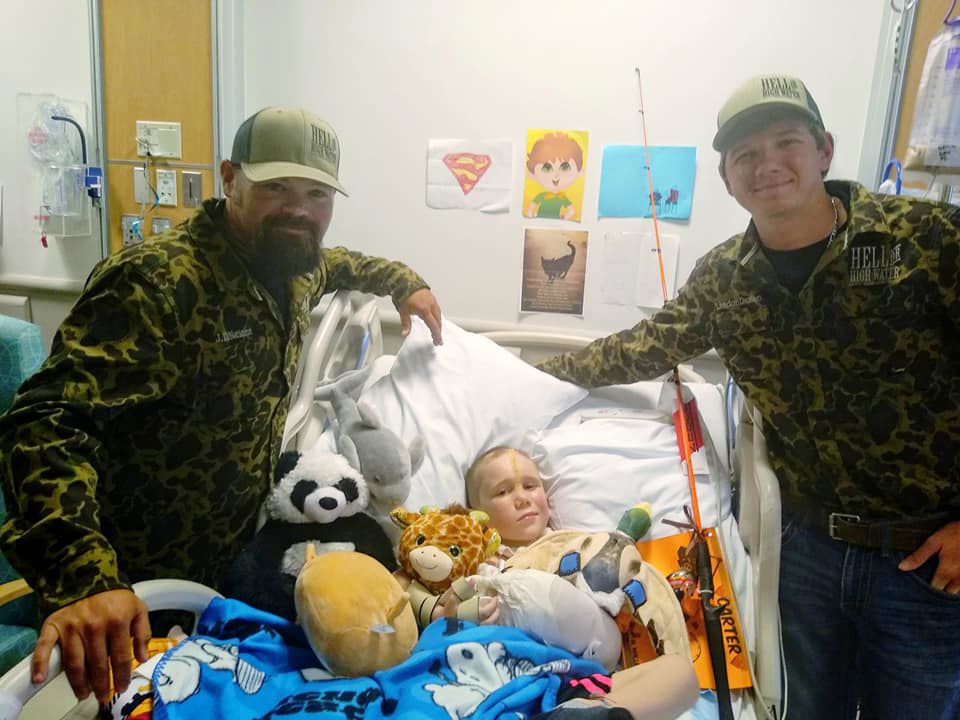 The Robertson family enjoys a moment in the sun.

Carter works hard during a therapy session at Children’s Hospital in New Orleans.

Carter recently made a trip to the New Orleans zoo during a therapy session.

Carter smiles for the picture and shows off his tiger tattoo.

The sounds of laughter and a child calling to his mother are sweet to anyone’s ears, but are especially sweet to John and Sunni Robertson.

The Robertsons are parents of eight-year-old Carter who was involved in a boating accident May 4 where he sustained major head and hand injuries.

The accident left Carter having to relearn many of the actions a normal person takes for granted each day such as telling someone “I love you,” laughing at a joke, walking in the grass or eating their favorite food.

With hard work, he is showing positive strides on a near daily basis as he under goes therapy at Children’s Hospital in New Orleans.

“(Carter) surprises me with the things he does each day and when John comes on Friday he is blown away with all the things Carter is doing that he couldn’t the week before,” Sunni said. “It is pretty amazing.”

“He is eating solid food, saying a few words and trying to say more,” Sunni said. “He has been getting a lot stronger in his core and holding his head up. He answers all questions with yes or no. With short-term memory and long-term memory, he gets all the questions right. He also plays memory games with cards. He’s very expressive.”

Along with gaining his strength, therapists are learning Carter is a jokester.

“His personality is shining through,” Sunni said. “He is tricking all the therapists. When they come in the room and ask him to do something, he will say no at first, but then he will grin and laugh. He is being a character.”

Carter will continue with his therapy and progress at Children’s Hospital in New Orleans through possibly Aug. 6. Therapists plan to reevaluate his progress in several weeks and give the Robertsons a more definitive date.

“They want him in school whether it is modified or in some IEP (individualized education program),” Sunni said.

To date, four surgeries on Carter’s hand and two surgeries on his head have been performed to repair injuries he sustained after he fell out of a boat during a fishing trip in Boeuf River.

The day of the accident

May 4 seem to be another “normal” day for John and Carter who are avid hoop-net fishermen. Carter has been raised around the outdoors and was taught at an early age boating safety and the importance of wearing a life vest.

Carter, along with two other children, were lying stomach down on the boat’s front deck. John, a friend and his nurse-practioner wife, were looking at the bank when they noticed Carter was no longer in the boat.

“He fell out of the boat,” Sunni said. “The boat didn’t hit anything. Nobody knows exactly what he did. The boat ran over him, and the propeller cut his head and hand on the left side.”

Carter’s father and friends rushed him to Franklin Medical Center, and Sunni was called at her work.

“They did a great job at FMC,” Sunni said. “They were getting him stabilized and helping him breath, but he never quit breathing. It just so happened, it was close to shift change and there were two crews of people there. They were all great. It only took 30 minutes to stabilize him and put him in the helicopter.”

“There were so many people outside the ER waiting for us and checking on us,” Sunni said. “It all happened really fast. The accident happened at 6 (p.m.) and we got to the hospital in Shreveport at 8:40 (p.m.).”

Sunni’s faith has remained strong throughout the trial.

“When we left (FMC) we knew it was very critical, but I wasn’t expecting anything but for him to live,” Sunni said. “He is alive, and that is all we need him to be. Whatever happens, whatever may come we can handle it.”

At Shreveport, Carter was immediately took in for surgery. During the several-hour initial surgery, his injuries were thoroughly cleaned, but doctors were still concerned about possible infection.

“They were worried about infection with the river water,” Sunni said. “They did a culture in one spot on his hand. It showed some staph, but that has been it. They put him on four antibiotics to begin with.”

In order to alleviate swelling, doctors removed a portion of Carter’s skull but reattached it before he was transported to New Orleans.

Additionally, Carter’s left hand took a lot of damage during the accident.

“We knew the hand was going to have a lot of surgeries,” Sunni said. “It cut nerves and bone. It cut the palm of his left hand under his three fingers. It cut through and through. You could see through it.”

Doctors at Children’s Hospital in New Orleans are hopeful about his hand’s recovery.

“They seem to think that he will not have to have any plates or screws,” Sunni said. “He will have to have a lot of therapy on his hand to make sure those nerves and tendons are like they should be. He will be out of the cast (June 25) and wear just a splint and begin hand therapy.”

An angel named Miss May and a community that cares

Many times families encountered others who uplift their spirits during an extended recovery time when they are away from home. The Robertsons have met several such people, and Sunni admiringly calls them “angels.”

“A little lady comes to Carter every morning to take him,” Sunni said. “She is our angel. Her name is Miss Mary, and she prays over him everyday. She prays for all of us, and prays for everything you can think of. She is precious. We love Miss Mary, and Carter does so good with her. She tells him ‘we are best friends.’”

“We had a Miss Brittany at the Shreveport hospital,” Sunni said. “She was great.”

The Robertsons also learned there are many local “angels” with the outpouring of support they have received from Franklin Parish and surrounding areas. Currently, more than 100 cards decorate his room in New Orleans. Many more continue to arrive by mail. Plus Carter has received many books and a 100-pack of DumDum suckers.

Several events have been organized to help raise funds for the Robertsons including a fishing tournament scheduled for June 27 on Bayou Louie near Sicily Island. For more information about the tournament call (318) 498-1669.

Sunni acknowledges Carter misses his friends and his kitten “Nala.” He was given the kitten right before the accident and named her after a character in one of his favorite movies, “The Lion King.”

“He has been friends with many of those boys since pre-school,” Sunni said. “He truly cares about his friends, and he is very passionate about them.”

Carter has been able to converse with friends and family through FaceTime while at the hospital.

“We are all missing our family and friends,” Sunnie said. “We miss being around our family, and the people we care about the most.”

With friends, family and home on each of their minds, the Robertsons continue on their journey of healing. They know with help of therapists, the local community and his “angels,” Carter will be back.

In the fight against viruses that have devastated honeybee colonies in recent years, an LSU … Read more

DUSTIN MARTIN, center, owner of Up In Smoke restaurant, spoke to the Winnsboro Rotary Club a… Read more