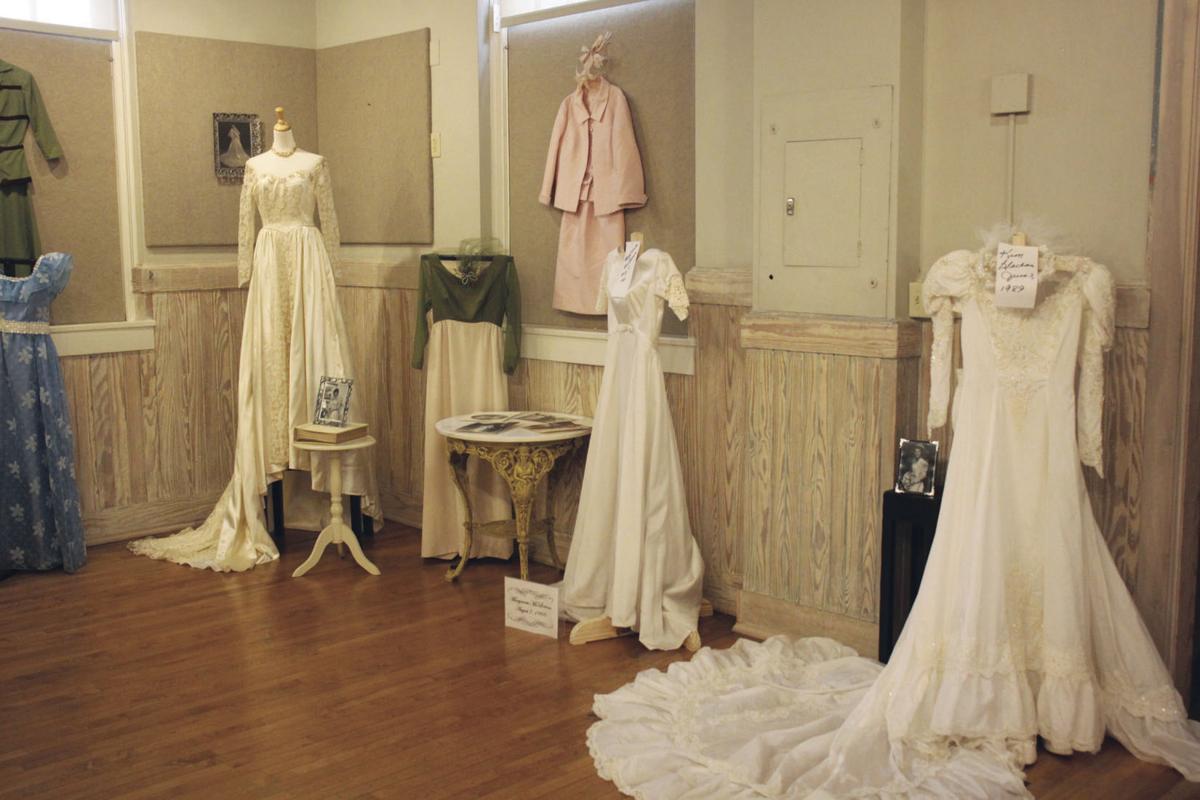 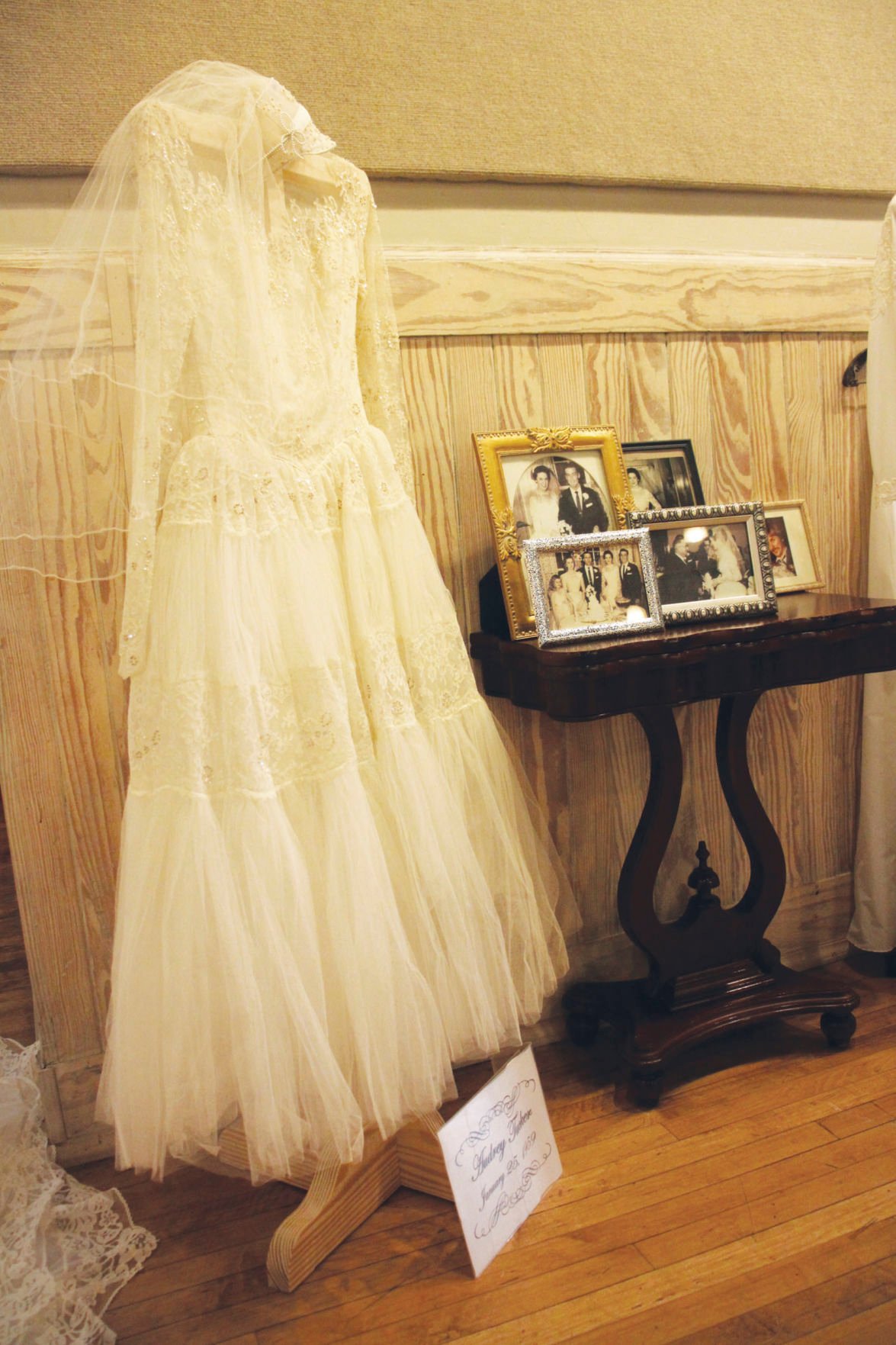 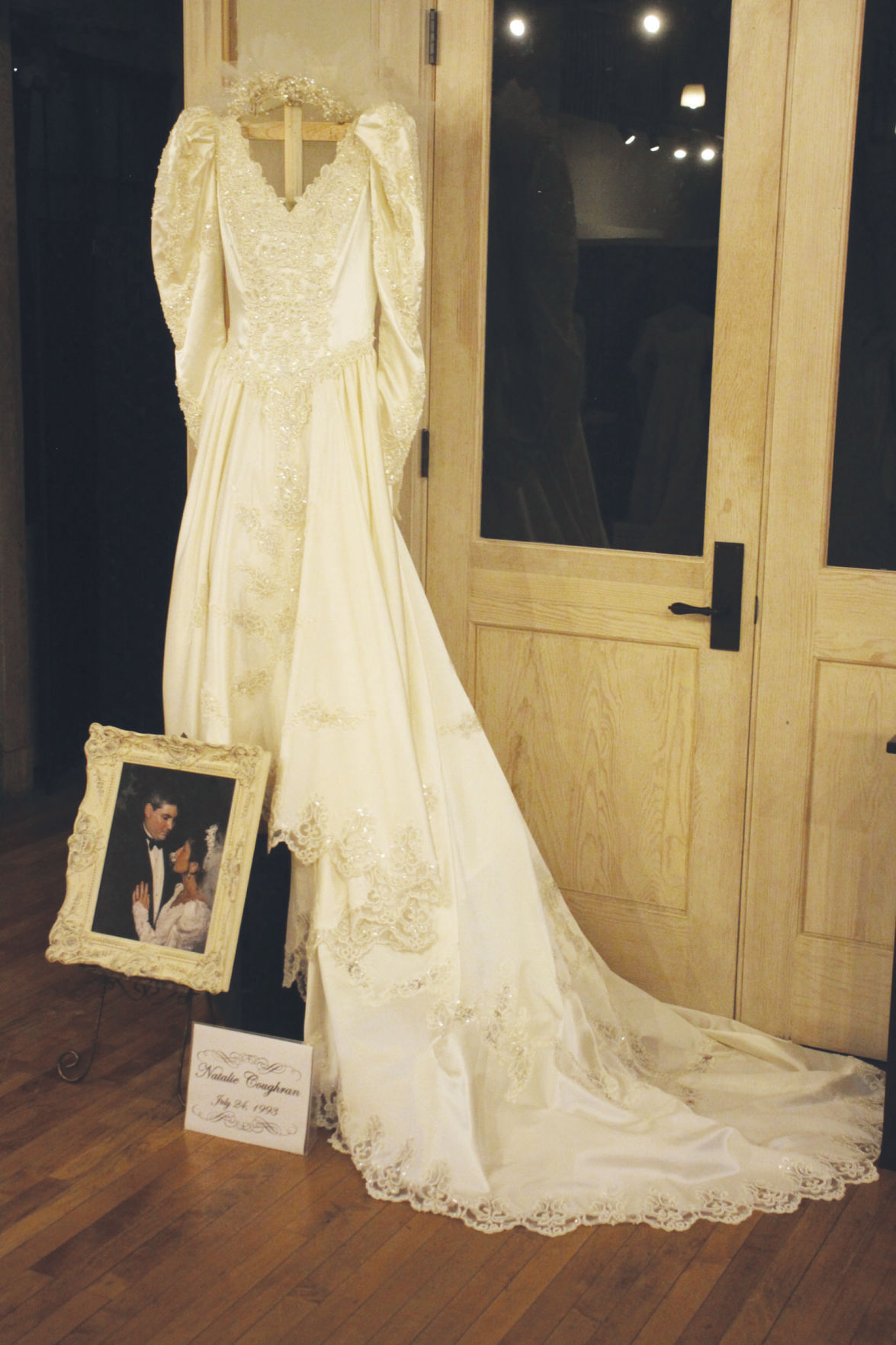 The Old Post Office Museum in Winnsboro has been buzzing this week in a flurry of lace and intricate beading as museum curator Kay Lafrance-Knight and volunteers prepare for the opening of the exhibit, “I Do! I Do!”

The exhibit is planned in partnership with Princess Theatre’s production of the play by the same name and will include more than 30 wedding dresses loaned by Franklin Parish brides. The cherished garments include styles which create a fashion timeline from the 1940s to 1990s.

Mary Bess Wiggers, who is known for creating costumes for Princess productions, is lending her talents to seeing that the wedding attire is carefully prepared for display. Others actively involved include Winnsboro-Franklin Parish Chamber of Commerce secretary Mandi Moroni, Earma Diaz, Ginger White, Cass McCoy and Lindy Price.

The exhibit opens Thursday with a reception from 5 to 7 p.m.

“I Do! I Do!” the musical, will be performed Feb. 13, 14 and 15 at Princess Theatre. With a book and lyrics by Tom Jones and music by Harvey Schmidt, the musical is based on the Jan de Hartog play, “The Fourposter.”  The two-character story spans 50 years from 1895 to 1945 as it focuses on the ups and downs experienced by Agnes and Michael throughout their marriage.

LaFrance-Knight said the local collaboration is one she has been eager to have the museum participate in.

“This is kind of a dream come true for me,” she said.  She said this type of exhibit is special because of the local connection.

She first presented the idea of combining a display of wedding gowns with the play in Columbia as a fundraiser for the Schepis Museum. Since then, she said other communities have borrowed the idea, but this marks the first time for such a presentation in Winnsboro.

Wedding gowns and dresses, which include styles ranging from traditional to modern and long to short, had to be at least 25 years old, and had to have a strong Franklin Parish connection.  Each gown comes with its own story.

One such story is that of the wedding gown sewn by the late Mary Radau. On display next to the gown is the sewing machine on which the gown was sewn. The sewing machine is on loan from Paul Price Jr., who is Mrs. Radau’s grandson. The gown was fashioned for Benise Jennings, nee Walley, for her Jan. 19, 1973 wedding to Charlie Ray Jennings Jr.

The couple were married at St. Mary Catholic Church. Snowfall greeted the newlyweds as they left the church.

Family connections are a part of some of the groupings in the collection on display. For example, a display which includes the gown worn by Ginger Scriber for her wedding to Cloid White also includes the dress worn by her mother, the late Mary Virginia Scriber, on Aug. 4, 1942.  Mrs. Scriber’s dress is the oldest in the exhibit.

The wedding gown worn by Marguerete McLemore (wife of James McLemore) is presented along with a dress worn by her sister as maid of honor and the dress worn by the groom’s mother, Nell McLemore, for the Aug. 7, 1966 wedding.

In another grouping, the dress worn by the late Mary Kiper of Wisner is on display along with the gowns worn by her daughters-in-law, DeAnne Kiper and Lisa Kiper.

The gown worn by Leslie Martin Young when she married Jesse Young, also of Wisner, is displayed nearby. Young wore the gown which had been worn by her mother, Pat, when she married Lesley’s father, J. H. Martin, Jan. 21, 1961. Mr. Martin passed away recently, just short of the couple’s 59th anniversary.

Other gowns were also worn by second generations.

Betsey Lowe Shirley wore her mother Lisa Lowe’s gown for her wedding on Aug. 22, 2017. Her mother wore the gown on Aug. 9, 1980. Ann McIntyre’s gown from her Aug. 3 1974 wedding was also worn by her daughters, Meredith McIntyre Marshall and Marsha McIntyre Spell.

In addition to the wedding dresses, there are also wedding photographs and albums on display. Among the photographs is one of Monica Dumas on her wedding day. The newly wed Mrs. Dumas appears in the photo with her husband John “Sonny” Dumas, who is now mayor of Winnsboro.

Also included in the photo collection are those from more recent weddings and receptions which have been hosted at the Old Post Office Museum.

LaFrance-Knight said the exhibit not only provides an opportunity for a special collaboration with Princess Theatre, but also showcases the museum as a special events venue.

“I Do! I Do!” is open to the public free of charge. For information on tickets to the musical, to be staged at Princess Theatre, visit the theatre’s website, www.princesstheatreinc.com, or call 435-6299.

More than 350 books, valued at $1,500, were delivered to Franklin Parish Library in December… Read more