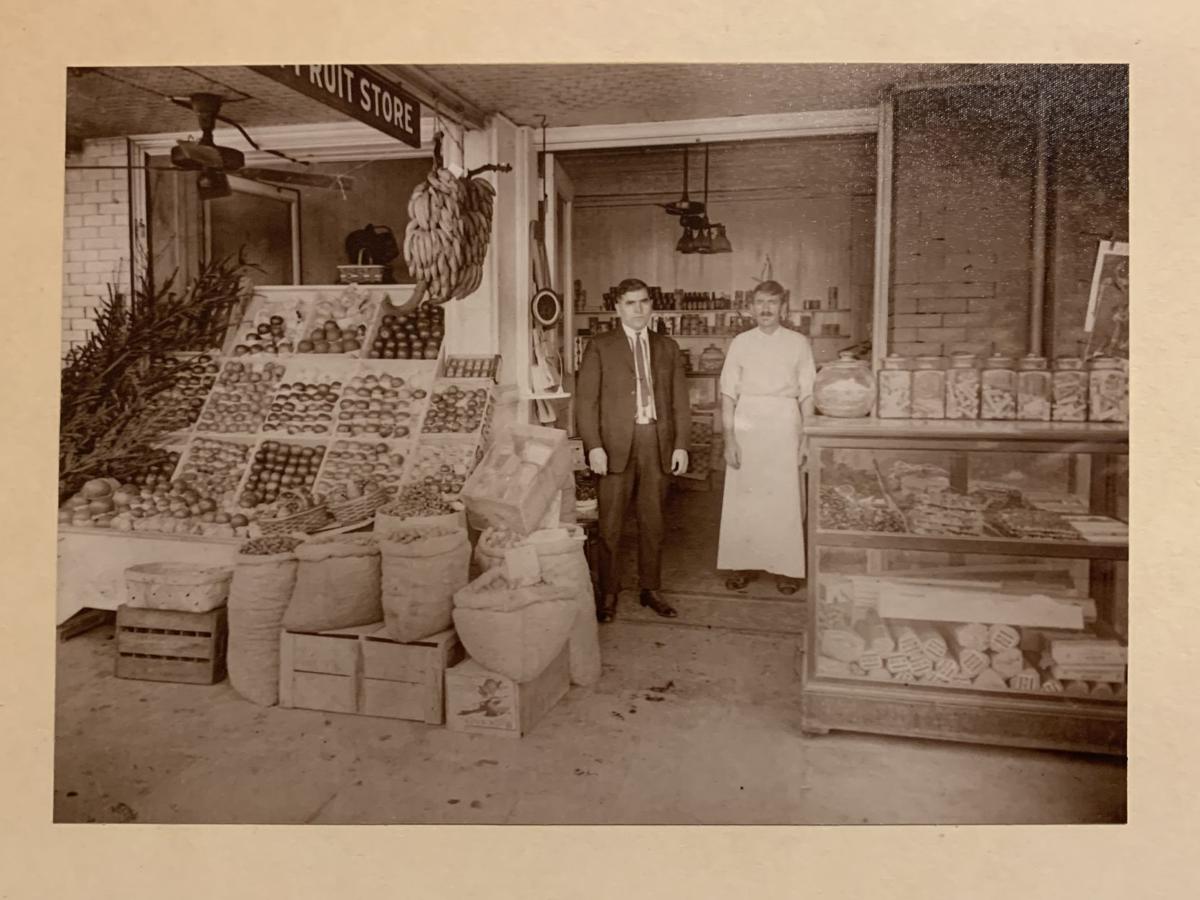 IN THE BEGINNING, Nick Poulos owned a one-third interest in a fruit stand and one-half interest in a side fountain on Murdock’s Pier in Galveston. (Submitted photo) 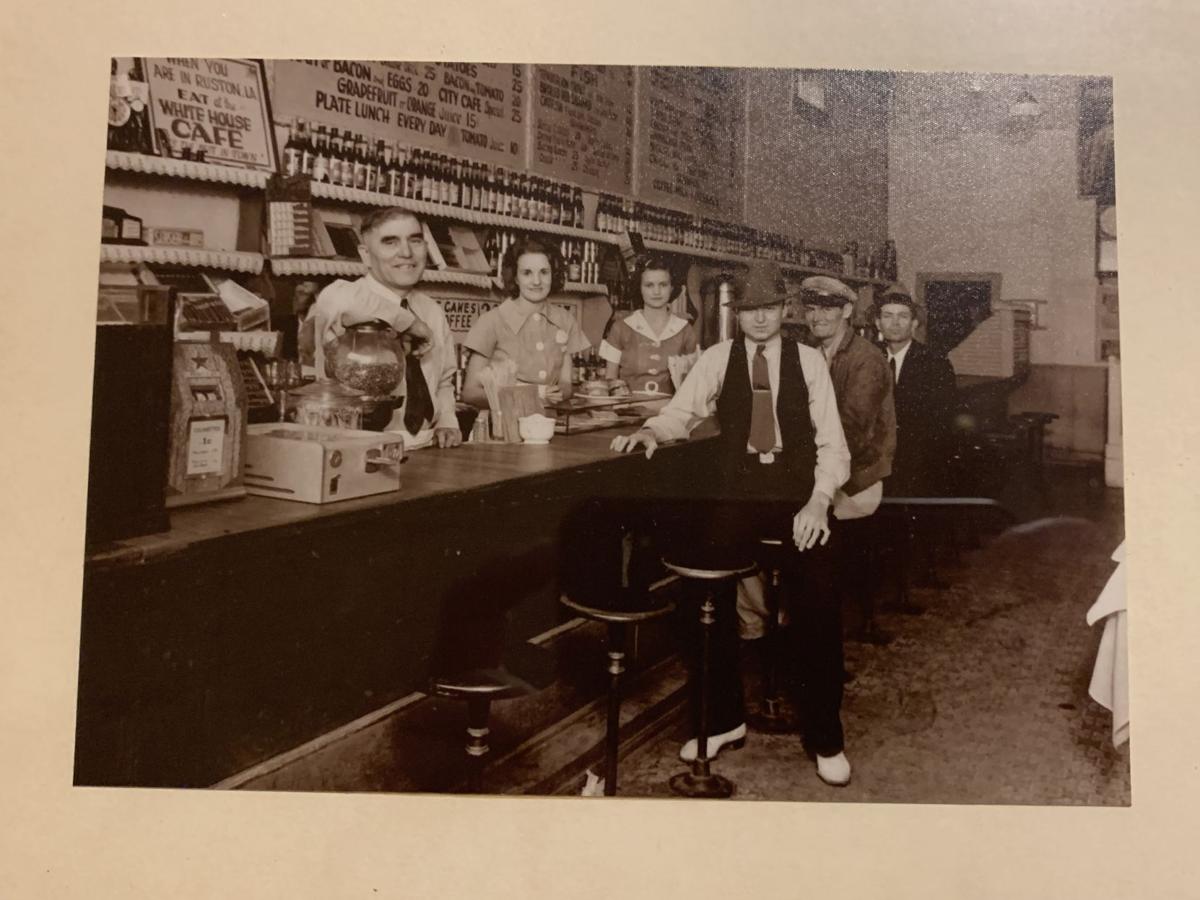 THE POULOS CAFES were a popular  gathering places for many people. (Submitted photo) 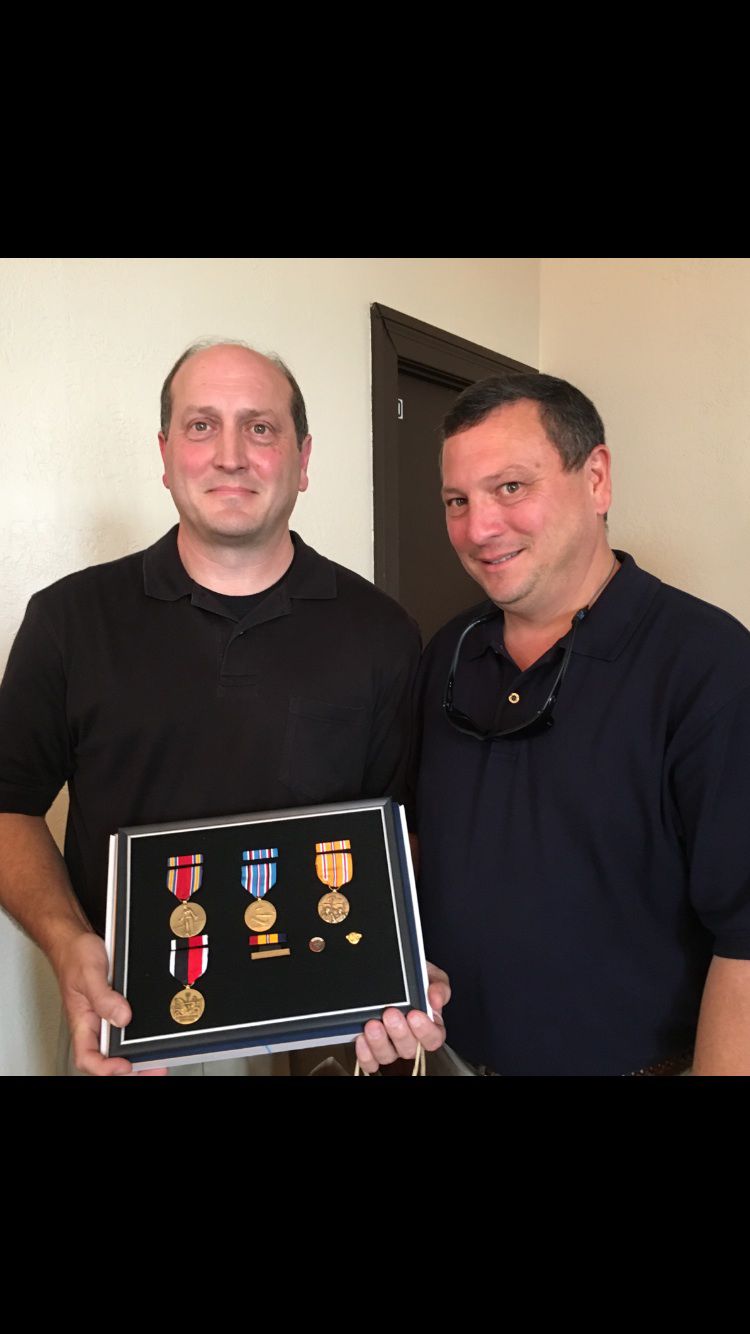 IN THE BEGINNING, Nick Poulos owned a one-third interest in a fruit stand and one-half interest in a side fountain on Murdock’s Pier in Galveston. (Submitted photo)

THE POULOS CAFES were a popular  gathering places for many people. (Submitted photo)

Editor’s Note: Nick Poulos spoke to the Winnsboro Rotary Club recently about the history of his family. In a monthly series entitled ,“The History Of Us,” The Franklin Sun will run articles highlighting various families who helped build the community to where it is today. If you know, or would possibly like your family highlighted called (318) 435-4522.

Like many immigrants, a young, ambitious Nick Poulos traversed the seas looking for adventure and opportunity on the shores of America.

Born in Peramos, Greece in 1888, Poulos arrived in America  1909 where he worked on a ship as a dishwasher in Norfolk, Virginia. Prior to World War I, he was in the auxiliary Navy.

Poulos migrated south to Galveston, Texas in 1913 to live with an uncle. Poulos began his career as a business owner in Galveston where he owned a one-third interest in a fruit stand and one-half interest in a soda fountain on Murdock’s Pier. During this time, Poulos would become a United State’s citizen.

Like most young men, soon Poulos’s heart would yearn for a bride. In 1921, Poulos started planning a trip to his homeland of Greece in search of that treasured possession.

Little did Poulos know, a war being raged thousands of miles away in Greece and Turkey would soon lead the love of his life into his arms.

The war between their country and Turkey had escalated to the point that Emily and Maria Limneou’s father feared for his daughter’s lives. He saw America as a safe place for his daughters, so the Limneou sisters bordered a ship bound for America in 1919.

After a 17-day voyage, their ship arrived in Ellis Island, New York.

Unable to speak English, the two sisters traveled to Alexandria where their aunts lived.

Before casting off to Greece, Poulos made a stop in Alexandria to visit friends where he would meet Emily and cancel his trip. He found his wife. Nick and Emily Poulos would marry in 1922 in Alexandria.

The couple moved to Haynesville where he ran a cafe. They briefly lived in Haynesville before returning to Galveston to begin their family.

“Both were strong in their faith, belonging to the Greek Orthodox Church from childhood,” said Nick Poulos, a grandson.

While in Galveston, Emily gave birth to a girl, Katherine, and a son, Tommy.

The couple moved their two young children to Ruston in 1925 to open the White House Cafe. While there they had two more children, Frank, born in 1926 and Caliope, born in 1932.

“My grandparents made many sacrifices for the family, but always placed God first in their lives,” Nick Poulos said.

The Poulos family worked hard. The restaurants were open from five a.m. until 10 p.m. seven nights a week.

“On Thanksgiving Day, all proceeds from the restaurants went to the Methodist Children’s Home in Ruston,” Nick Poulos said.

Nick loved to fish and  that love would eventually give him an idea that would affect Franklin Parish for decades.

On a fishing trip to Lake Louie in Catahoula Parish, Nick decided to stop in Winnsboro for something to eat, but he could not find a cafe. Nick was determined Winnsboro would be the next location for one of his cafes.

Initially, Nick encountered an obstacle when he discovered his cafe manager admitted, “I’ve never ran anything more than  a hotdog stand, and I cannot run something like this.”

After discovering the man’s inability, Nick decided to sell the Jonesboro cafe. Emily, along with Katherine and Frank, would run the Ruston cafe and Nick and Tommy would run the Winnsboro cafe.

The separation of her family was not working for Emily and after a year she gave Nick an ultimatum: The family will live together in Ruston or Winnsboro, but no longer will be separated.

In 1936, the family purchased a home on West Street and another daughter, Nike, was born in Winnsboro. Later Nick and Emily purchased 40 acres outside Winnsboro, established a small farm and a chicken coop to support the cafe.

Nick and Emily’s children grow to be young adults. With the war raging in Europe, Tommy and Frank enlisted in the Navy.

Tommy entered the Navy after graduating from Tulane University in 1942. He served in Pearl Harbor, Guam, Marshalls, Gilberts, Carolines, Okinawa and Palaus on the USS Amradella.

Frank, a 1944 graduate of Winnsboro High School, trained in San Diego and served at the Okanawa Seaplane Base.

Both men returned to Winnsboro after World War II in 1946. Tommy received a degree in architecture and worked with J.A. Harper in Crowville until purchasing Crowville Mercantile with Frank in 1956.

In1948, Nick and Emily sold the Post Office Cafe but continued to work on their farm.

Frank ran the Mercantile business while Tommy continued his work building roads and bridges with Harper.

Frank and Tommy’s business expanded in 1960 when they purchased Pack-A-Sack Grocery and constructed a new building to house both businesses.

Janice Emmons and Frank met on a blind date arranged by Travis and Janette Hernandez. After a six-year courtship, they married in the Greek Church in Monroe.

“My mom worked alongside my dad in the store until me and my brother were born,” Nick Poulos said. “Our dad also farmed about 200 acres of cotton with a couple of John Deere 4020 tractors and we picked cotton with a used two-row cotton picker. Our dad passed away in 1988, two weeks before my high school graduation.”

After the passing of his father, Janice took sole responsibility of raising two teenage boys and operating a grocery and hardware store. Under her guidance, both boys attended college.

Prior to Tommy’s death, Poulos said he reminded his family that he or Frank never received medals from their service in World War II.

“I asked if he wanted to get the medals and he would say, ‘we will do that one day,’” Poulos said. “So after his death, our family contacted Congressman Abraham and we participated in a most humbling ceremony, along with other families, to receive the metals.”

Poulos and members of his family accepted the brothers’ medals 73 years after they earned them.

“What an honor to be awarded our dad’s metals,” Poulos said.

Janice Poulos, a member of Crowville First Baptist Church for more than 50 years, passed away last year after a 26 year battle with cancer.

“She passed away much stronger in her faith, her devotion to her family and her firm belief God supported her struggle and ultimately gave her peace,” Poulos said.

The sounds of laughter and a child calling to his mother are sweet to anyone’s ears, but are… Read more