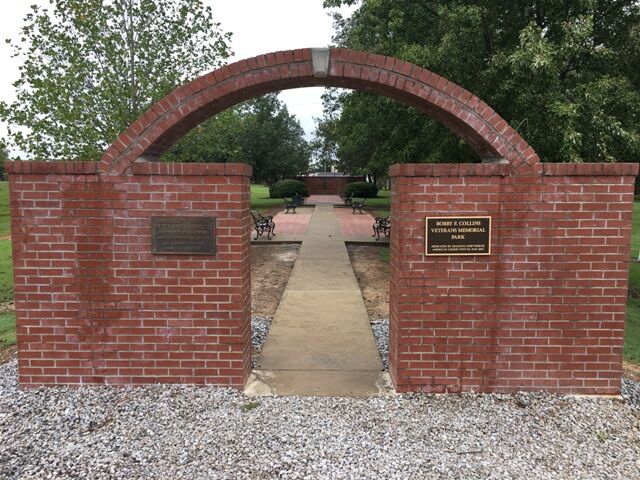 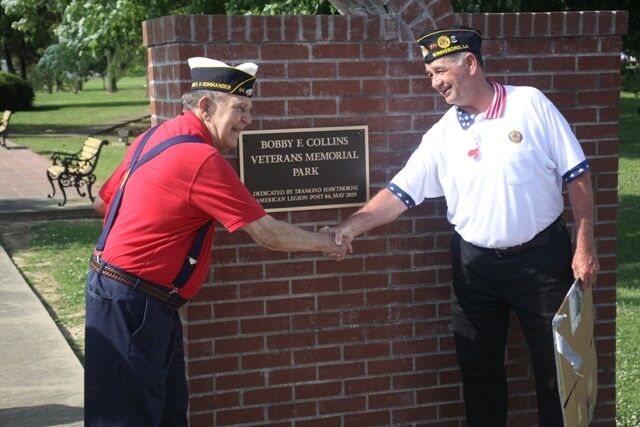 Editor’s note: This is the second story in a series about local projects spearheaded by local groups or individuals which improved or added to the quality of life in Franklin Parish. If you have a suggestion or idea on a future story e-mail joecurtis@franklinsun.com

Its the theme of Franklin Parish Veterans Memorial Park in Winnsboro, a project made possible by businesses, organizations and individuals.

The park, located on La. Hwy 15 South near the children’s park, features three-sided brick wall, a walkway with brick with veteran’s names and an archway entrance.

The park was sponsored by American Legion Post 84 and was the brainchild of Bobby Collins and W.W. House, former commander of the Post.

“Hebert Davis, the mayor of Winnsboro at the time, gave us some land at Davis Park,” Collins said. “There was a big slough, so the Police Jury gave us a culvert and dirt. The American Legion gave the first $10,000.”

The first year the American Legion had enough space for 1,200 6 x 12 bricks that would feature the veteran’s name, rank, branch of service and wars served in. A person could purchase a brick with their name or a loved ones name on it.

The walkway was soon expanded to featured 1,900 bricks, and people can still purchase a brick.

Paul Price Jr did the draft and engraved the bricks for the American Legion for free, Collins said. Jimmy Freeman laid the bricks and the benches were donated by local banks and funeral homes.

The Town of Winnsboro does the mowing and Collins, with the help of Franklin Parish Sheriff’s Office trustees, does the weed eating, trash pickup and poisoning.

Other businesses donating items were Wal-Mart and The Franklin Sun. The Lowentrip family also donated the land next to the park for a pavilion.

“It has been a labor of love,” Collins said.

Later, that labor of love paid off for Collins in the way of recognition for all the hard work he did. Former Winnsboro Mayor Jackie Johnson and Council members voted to officially change the name to Bobby Collins Veterans Memorial Park. A plaque was hung at the archway May 2019.

“It was a pleasant surprise,” Collins said. “I was extremely pleased and honored.”

After 26 years, the foundation of the archway was giving way causing cracks in the brick way. Nearly $8,000 worth of damage was repaired. Donations to still being accepted for the repairs and if you would like a brick contact any American Legion Post member or call Jerry Martin with the Louisiana Department of Veteran’s Affairs at (318) 435-2141.

Editor’s note: This is the second story in a series about local projects spearheaded by loca… Read more

Prairie Street Prowl and Found on 15 have been canceled this year, according to Kay LaFrance… Read more