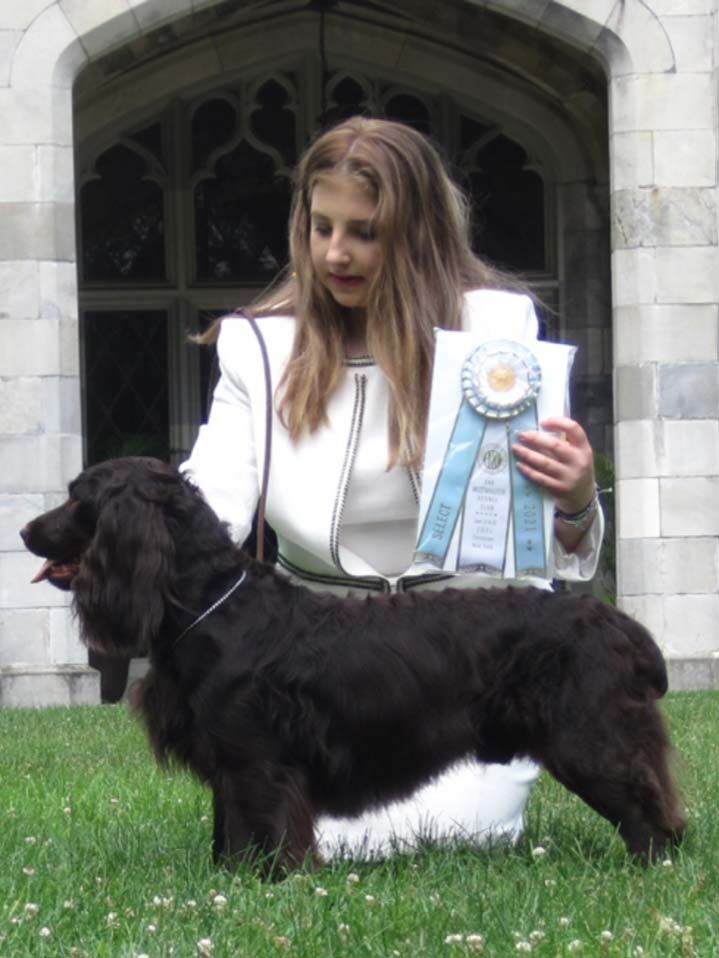 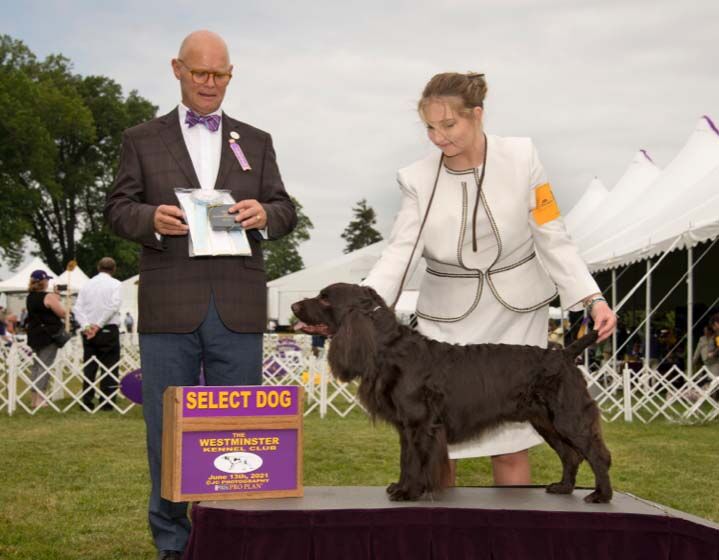 The four-year-old spaniel, Boone, won Select in Breed at the 2021 Westminster Kennel Club Dog Show held at Lyndhurst Estate in Tarrytown, New York on June 13. Rawls is the owner and handler.

Westminster Kennel Club Dog Show is an all-breed conformation show hosted in New York City from 1877 to 2020. For 2021, the event moved to Lyndhurst and was held outdoors due to COVID-19.

Westminster Kennel Club Dog Show is one of a handful of benched shows in the United States. Dogs are required to be on display in their assigned locations (show benches) during the entire show except when shown in the ring, groomed for showtime, or taken outside for elimination. This type of presentation allows spectators and breeders alike to have an opportunity of seeing all the entered dogs.

“It was a very high honor (to show at Westminster),” Rawls said. “You have to be invited there, and we tried our absolute best getting there. I have an amazing team.”

Julie’s team, is largely made up of family members along with support from handler and breeder mentors.

Julie and Boone showed against approximately 30 dogs in the sporting group division.

To be invited to Westminster, a dog must be one of the top five champions of its breed. At Westminster, the competition is “amazing,” Julie said.

To have the necessary points for an invitation, Julie and her team has to participate in at least two shows a month.

“We have to do a lot of them, so we can stay at the top of our game,” Julie said.

When Julie received a Westminster invitation in the mail, she was “absolutely blown away, and proud of what we were able to accomplish with (Boone).”

Julie and her team spend many hours preparing for upcoming shows including Westminster.

“We always try to work an hour in with the dogs, training them and making sure they are ready to show,” Julie said. “We have grooming and preparation along with packing up all the dog supplies.”

Boykins are medium-sized spaniels, larger and rangier than Cockers  but more compact than Springers, according to the American Kennel Club (AKC). The breed’s hallmark is a beautiful solid-brown coat. Colors range from a rich liver to a luscious chocolate. The large, feathery ears hang close to the cheeks, setting off an expression of soulful intelligence. Bred to work in the lakes and swamps of their native South Carolina, web-toed Boykins can swim like seals.

During Westminster, Julie said Boone performed like a champion.

“He always shows good,” Julie said. “I’ve never had him act up. He was a little nervous, but he handled because he knows what to do. We did out absolute best, and he did awesome. I am very, very proud of him.”

Boone is not only a beautiful dog, but is also a registered therapy dog with Alliance of Therapy Dogs. He visits seven nursing homes.

“He is always happy no matter if he is in the show ring, in the field retrieving pheasants, at a nursing home as a therapy dog or just swimming in the pond at home,” Julie said.

She got Boone when he was eight weeks old, and she has trained him herself. Julie owns five dogs; three Boykin Spaniels, one Tibetan Spaniel and one English Mastiff. All of which she has shown.

Julie was initiated in the sport through her grandmother, Martha Rawls. She attended shows and could not wait to be old enough for Junior Showmanship which starts at eight years old. Julie would help her grandmother groom and show the dogs “until I finally took over and now my grandmother enjoys watching me.”

“I fell in love with the sport,” Julie said.

Julie started out showing an English Mastiff, the same breed her grandmother showed.

“I couldn’t handle such a big dog because I was only nine years old,” Julie said. “We looked for a smaller dog and found the Boykin.”

Julie learned of the Boykin Spaniel on a hunting trip with her grandfather. From that point on, it was a match made in heaven.

From nine years old, Julie has not looked back.

She has been able to champion and grand champion her Mastiff and one of her Tibetan Spaniels and to take her Boykin Spaniel all the way to Grand Champion Silver. She has also been awarded National Owner Handler honors.

Julie loves winning awards with her dogs, but she also wants to give back.

“I am working to start a part-time career as a professional handler as soon as I complete high school,” she said. “In the meantime, I would like to help younger children learn to show dogs. I remember how much it meant to me to have mentors work with me, and I hope to give back a little of their kindness. I love all animals and having the honor to train, groom and show my dogs adds excitement and joy to my life.”

She is a straight A, tenth grade student and a member of the Northeast Louisiana Christian Homeschool Association. Her parents are Clif and Crissy Sturdivant Rawls and brother Bayler. Grandparents are Pete and Martha Rawls and A-Boy Sturdivant.

“I am working to graduate with a high enough GPA to receive scholarships based on my academics, service work and leadership,” she said. “I hope to attend Texas A&M Veterinary College and become a licensed veterinarian. I am planning a career as a veterinarian and part-time Professional Handler.”