Check your email for details.

Submitting this form below will send a message to your email with a link to change your password.

An email message containing instructions on how to reset your password has been sent to the e-mail address listed on your account.

Your purchase was successful, and you are now logged in.

A receipt was sent to your email.

OK
You have permission to edit this article.
Edit
Home
News
Sports
Opinion
Obituaries
Community
Gallery
Public Notices
About us
Subscribe
1 of 2 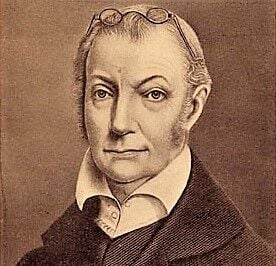 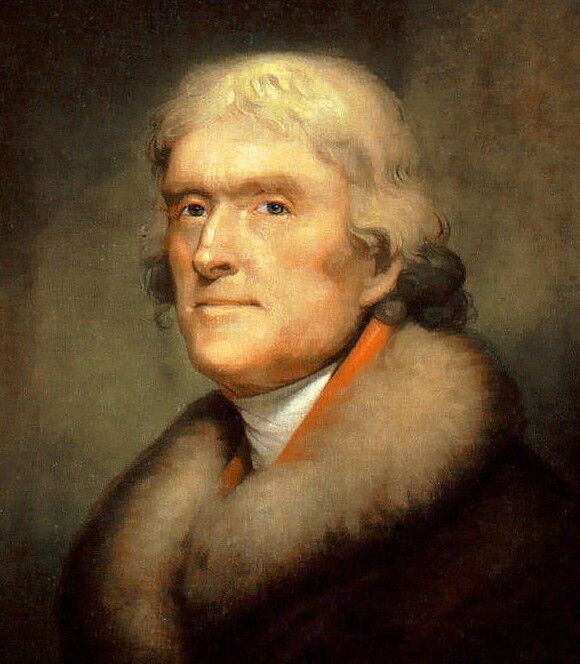 Although a Mississippi grand jury in February 1807 had found no evidence that former Vice-President Aaron Burr had committed treason, Burr knew that President Thomas Jefferson was seeking his prosecution and feared that General James Wilkinson was out to assassinate him.

Wilkinson, while entrusted with the defense of the United States and paid by the taxpayers, was also spying on behalf of Spain and receiving a generous salary of $2,000 annually from the Spaniards. (This was not documented until years later when a historian found proof in the Spanish archives.)

Burr and approximately 100 recruits – many young men, some adventurers, some opportunists, others deserters from the U.S. Army – were traveling down the Mississippi River in a flotilla when stopped by the Mississippi Territory militia. Burr half-heartedly claimed the men were planning to settle on the Ouachita River in northeastern Louisiana to farm.

But many believed that Burr was on a mission of conquest and intended to separate the western portions of the U.S. from the government. Burr had hinted often that conquest of Mexico was a consideration. He also talked about grabbing Spanish-controlled possessions.

Early on, Wilkinson was in on the plan. But he got cold feet and turned on Burr.

Casa Irjuo was the Spanish minister to the United States when Burr’s expedition was underway. He knew Wilkinson well and was privy to the fact that Wilkinson was a Spanish spy who was well paid for his services. Irjuo figured that Wilkinson had played Burr for all he was worth before ultimately deciding to betray the former vice-president.

Wilkinson’s ultimate goal was not just self-preservation, but self-promotion. Burr was an easy sacrifice.

In late January 1807, while Burr was awaiting a Mississippi Territory Grand Jury to convene, Irjuo wrote to a fellow Spanish official that Wilkinson so detested the U.S. government that he would enter “cordially to the views of Burr … and the separation of the Western States … Wilkinson is entirely devoted to us {Spain}. He enjoys a considerable pension from the king. With his natural capacity and his local and military knowledge, he anticipated with moral certainty the failure” of Burr’s expedition.

“Doubtless he foresaw from the first that the improbability of success in case of making the attempt, would leave him, like the dog in the fable, with a piece of meat in his mouth; that is, that he would lose the honorable employment he holds and the generous pensions he enjoys from the king.” (Irjuo was referring to a story in Aesop’s Fables – “The Dog and the Shadow.”)

“On the other hand,” wrote Irjuo, “this proceeding secures his distinguished rank in the military service of the United States, and covers him with a popularity which may perhaps result in pecuniary advantages, and in any case will flatter his vanity. In such an alternative he has acted as was to be expected; that is, he has sacrificed Burr, in order to obtain, on the ruin of Burr’s reputation, the advantages I have pointed out.”

“The president sought to have a jury made up entirely of Jeffersonian Republicans. He also wanted the Treasury Department to pay the expenses of government witnesses. In an extraordinary delegation of executive authority, he sent his prosecutor ‘blank pardons … to be filled up at your discretion’ should any of the other ‘offenders’ be willing to testify against Burr. Finally, the president also supported a declaration of martial law in New Orleans, enabling military authorities to arrest civilians without warrants—including journalists—and to rifle through private mail at the post office in search of evidence.

“Jefferson’s view of the evidence against Burr was highly problematic. ‘As to the overt acts,’ he {Jefferson} wrote, ‘were not the bundle of letters of information in [Attorney General Caesar] Rodney’s hands, the letters and facts published in local newspapers, Burr’s flight, and the universal belief or rumor of his guilt, probable ground for presuming … overt acts to have taken place?’”

White added: “There was great irony in Jefferson’s attitude, for when newspapers were unkind to his administration, he blasted them for their unreliability. ‘Nothing can now be believed which is in a newspaper,’ he {Jefferson} wrote in April 1807. ‘I will add, that the man who never looks into a newspaper is better informed than he who reads them; inasmuch as he who knows nothing is nearer to truth than he whose mind is filled with falsehoods and errors.’”

With the country’s top executive officer demanding Burr’s arrest, Wilkinson was doing all he could to make that happen. Even though a Mississippi grand jury had refused to indict, Judge Thomas Rodney refused to release Burr from his bond and two of Burr’s friends stood to lose $10,000 if he skipped town.

Historian David O. Stewart (American Emperor) wrote that in December 1806 “Wilkinson had offered a $5,000 reward for Burr’s capture. In late January {1807}, impatience overtook the general. He gathered five worthies, including four army officers, and ordered them to travel to Mississippi Territory and seize Burr. They should disguise themselves in civilian clothes, he instructed, to deceive Burr’s friends. Armed with pistols and daggers, Wilkinson’s agents left {New Orleans} for the town of Washington” in Mississippi Territory, six miles east of Natchez. “Rumors of a plot to kidnap Burr swept through Mississippi.”

In an affidavit submitted during Burr’s treason trial in Virginia, David Fisk, a member of Burr’s expedition encamped near present day Waterproof in Tensas Parish, La., testified that in February 1807 Burr made one final visit to the men:

“He remained with the boats one day, told the men that he stood his trial and was acquitted; but that they were going to take him again, and he was going to flee from oppression. He said that what property there was the men might sell, and make the most they could of; and if there was not enough to satisfy them, they might go to the Washita (Ouachita) land, and take up what land they wanted and go to work upon it.

“The boats and provisions were taken to Natchez, and part of them sold, and part of the provisions stored which would not readily sell, and the money divided among the men. The boats were … rather larger than usual on those waters, and such of them as were sold, brought seventy-five dollars apiece – the usual price of boats being from twenty to thirty dollars. But there was a great demand for boats at that time to freight cotton down the river.”

Another witness in Virginia was John Graham, the secretary of Orleans Territory. On behalf of Jefferson, he was tracking Burr’s movements and working with local officials to stop Burr.

During the trial in Virginia, Burr directly questioned Graham and referred to Wilkinson. Burr said that a “party of officers in disguise, (that is, without their uniform,) and with concealed weapons, as dirks and pistols, were there to seize me.”

“I observed that it was extremely improper to suffer a person to be seized, who was then in the custody of the law. He said that he had remonstrated with Doctor Carmichael; that Doctor Carmichael had given it up, and returned.”

Graham added that while he was in an inn in the Mississippi territorial capital of Washington, he “heard some of the officers in the room in which I slept conversing about him {Burr}, and one of them observed, that if Colonel Burr was not arrested on that night, he would make his escape.

“The gentleman left the room, and I afterwards understood from Lieutenant Peter, that an application had been, or was about to made to Governor Williams, for permission to arrest Colonel Burr. Lieutenant Peter having understood that I had heard part of the conversation informed me that he had come with officers to arrest Colonel Burr; and I advised him to do nothing that would violate the law of the country. He gave me to understand that, at that moment, he felt himself bound to obey the orders of his General {Wilkinson}, like a good solider.

“I urged every consideration I could suggest against the exercise of military authority; and I did then understand that it was not his intention to proceed against Colonel Burr. Indeed, I understood that colonel Burr had made his escape. I advised Governor Williams to make such arrangements with him as would send him on to Washington {nation’s capital} for trial, or to detain him in that Territory for trial.”

Graham said that he and Gov. Robert Williams – who had been out of the territory when Burr arrived in Natchez -- agreed that the grand jury proceeding in Mississippi Territory “was a mere farce, and that something ought to be done. He proposed to see Colonel Burr, and make some arrangements with him to come on to the city of Washington for his trial. Colonel Burr informed him that he was merely going to ride to Colonel Osborne’s {Osmun’s} for that night. Governor Williams informed me that he {Burr} received a great coat at the suburbs of the town, and disappeared … Gov. Williams told me he had been promised with a call from Colonel Burr.”

Historian Dunbar Rowland wrote that the day after the Mississippi Territory grand jury found Burr guilty of nothing, that he failed to show up in court as expected the next day.

Rowland wrote: “Wilkinson was trying to secure his person … A party of sailors from Commodore Shaw’s flotilla, opposite Natchez, raided the home of Louis Evans and mistreated his overseer. A military reign of terror seemed possible. Burr, after consultation with friends, went into hiding.”

Burr sent word to the governor that he was withdrawing from public view due to the “vindictive temper” of Judge Rodney, who presided over the grand jury, and refused to release Burr from his recognizance. Rodney’s son was Jefferson’s attorney general.

After bidding goodbye to his old Revolutionary War friend Col. Benajah Osmun and offering an emotional farewell to his romantic interest, Madeline, a local girl 30 years younger, Burr and a companion slipped away on horseback in an eastward direction along Liberty Road in Adams County.

WISNER’S ANNUAL Christmas parade was a hit to those who rode in it and spectators. With more… Read more

Sorry, there are no recent results for popular commented articles.