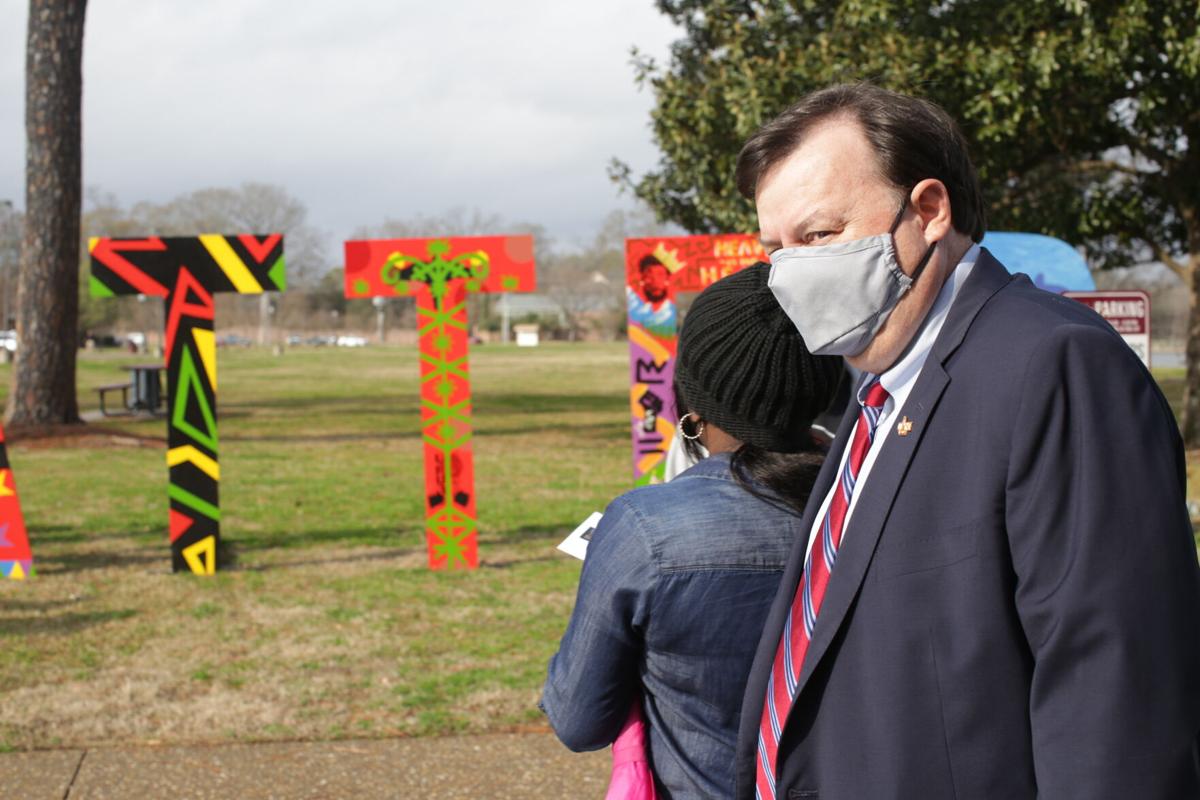 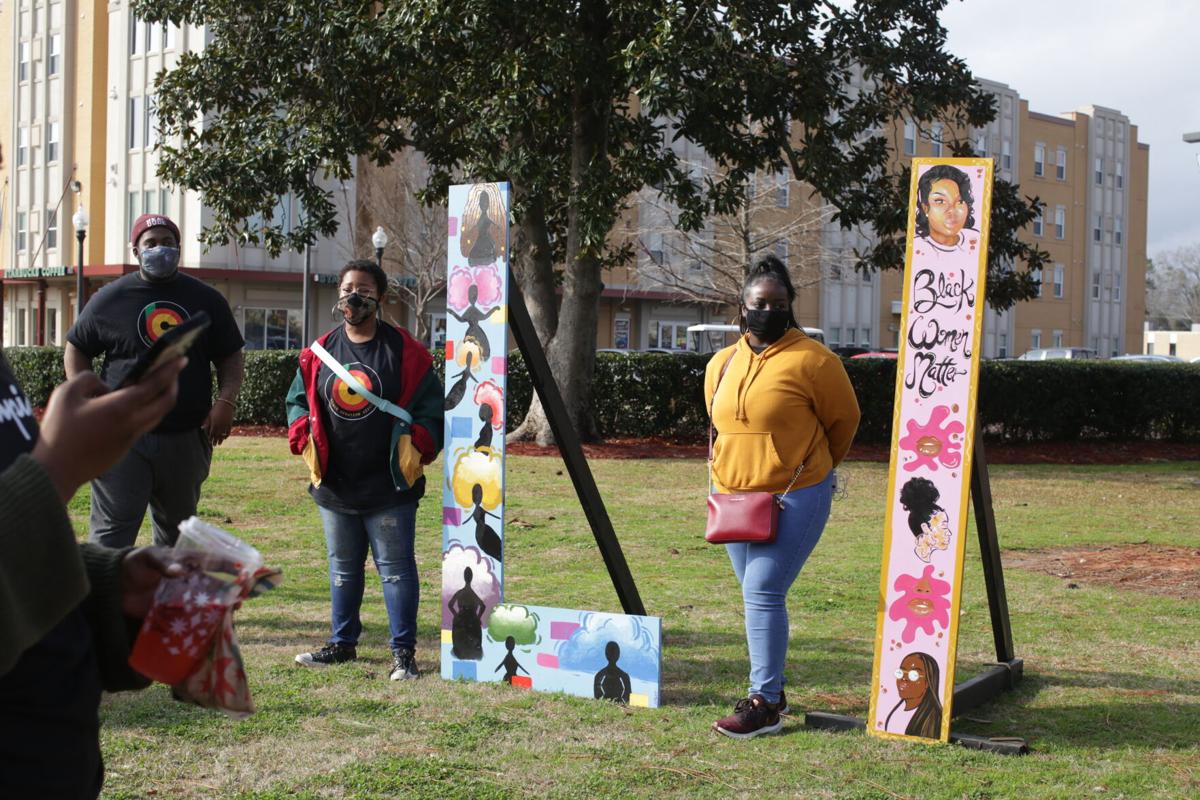 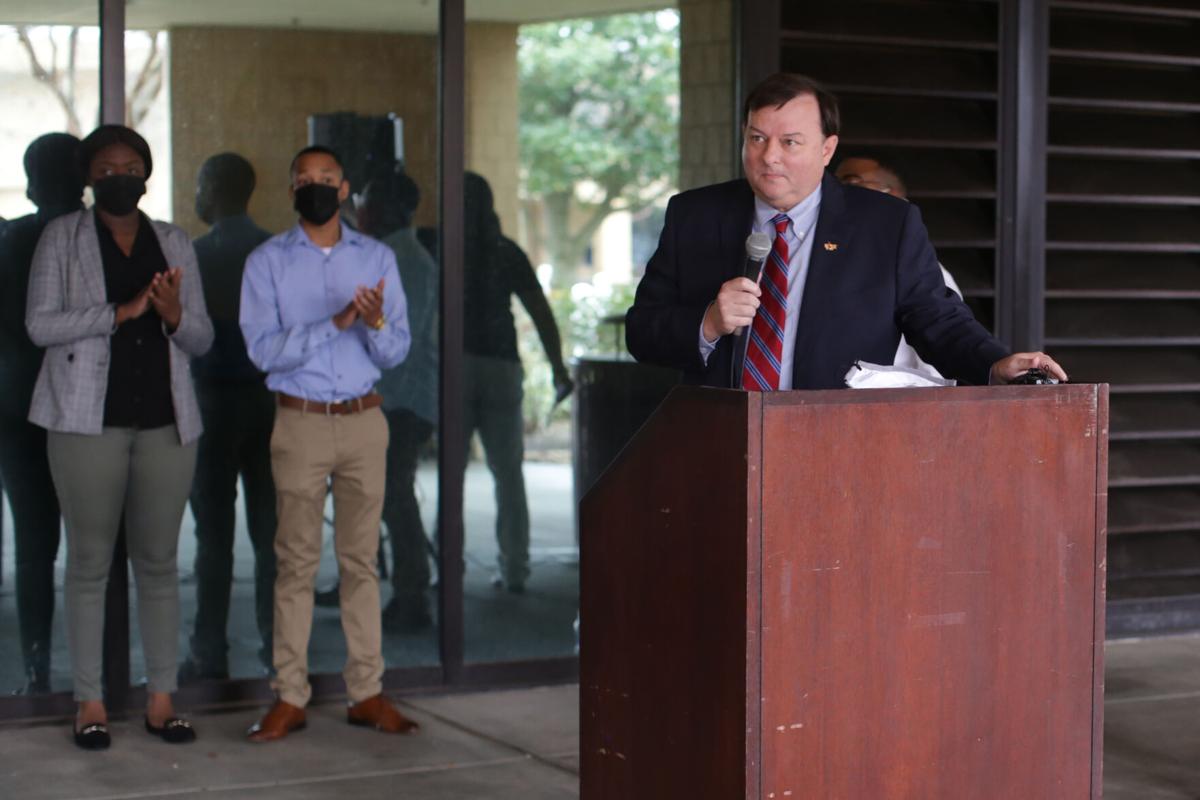 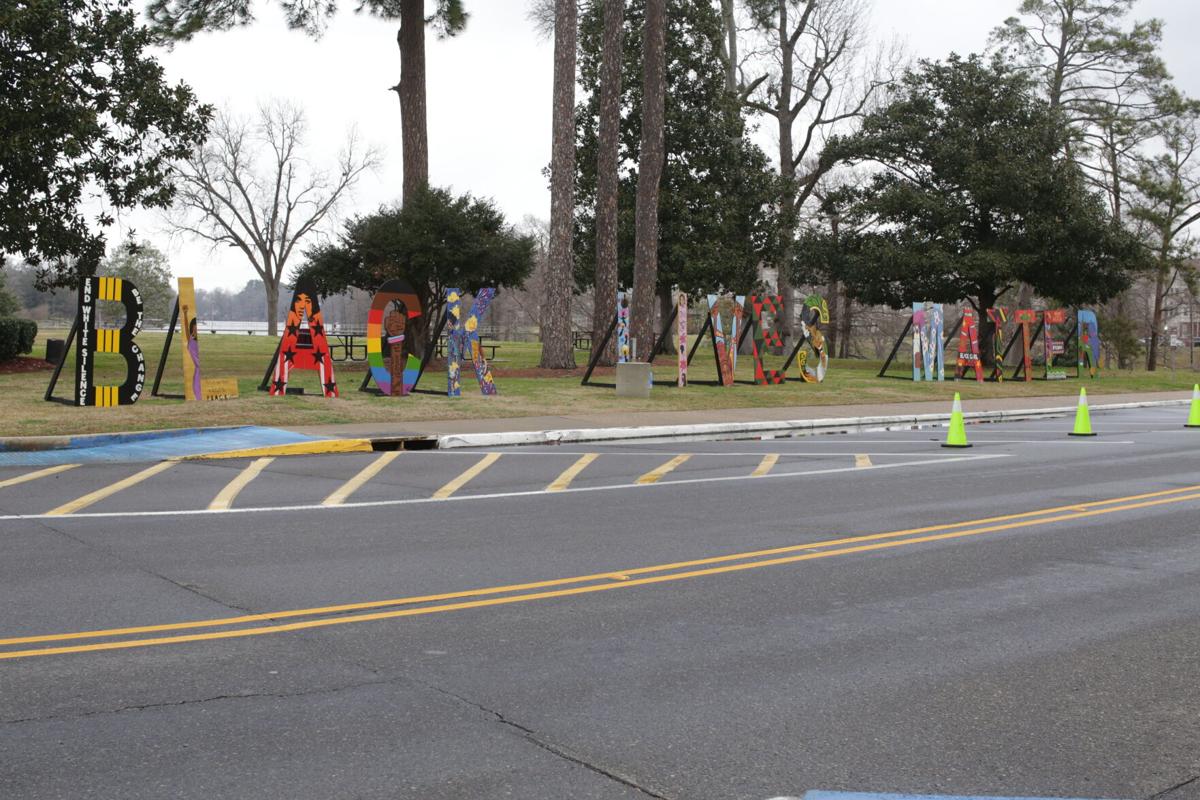 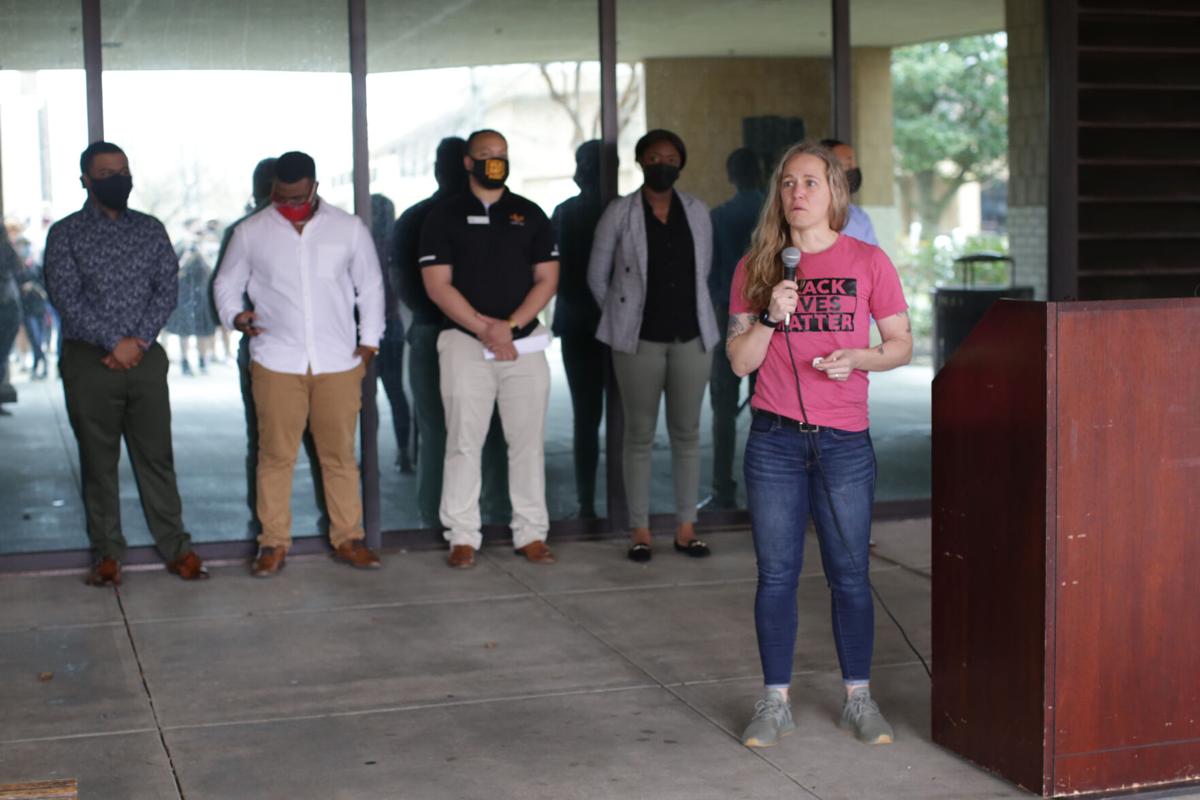 A group of artists unveiled a “Black Lives Matter” public art project at the University of Louisiana-Monroe’s campus earlier this week after they failed to gain public support to paint the social justice movement’s slogan on a city street in Monroe.

At an unveiling ceremony on Monday, ULM officials welcomed the installation of 16 four-by-eight-foot letters spelling “Black Lives Matter” on the campus to much fanfare. The public art project stands in Bayou Park, across University Drive from the ULM Library.

Each letter in the installation was painted to represent different aspects of the Black Lives Matter movement, as envisioned by 16 different artists. For example, the letter “B” contains the messages, “End White Silence” and “Be the Change.” The use of large wooden letters in the art installation resembles the display of painted Greek letters by ULM’s fraternities and sororities during Rush Week.

Miss University of Louisiana-Monroe 2020 Allison Newton said black lives should have mattered a long time ago.

“I hope that people of color,” Foy began, amid tears, “I hope you never have to apologize. Or ever compromise how you feel.”

Black Lives Matter was founded in 2013 by Patrisse Cullors, Alicia Garza and Opal Tometi, three women who have described themselves as Marxists. In a 2015 video interview with the Real News Network, Cullors defended her commitment to social justice by saying she and her BLM co-founders were “trained organizers.”

“We are trained Marxists,” Cullors said during the interview.

Later, when asked in an April 2018 interview with Dazed magazine how someone could learn to spearhead a movement like Black Lives Matter, Cullors said she studied Karl Marx, Soviet premier Vladimir Lenin and Chairman Mao Zedong during her year-long involvement in a program at the National School for Strategic Organizing led by the Labor/Community Strategy Center in Los Angeles, California.

The Labor/Community Strategy Center is a self-described communist organization. In a 2014 column published in the Boston Review, the Labor/Community Strategy Center’s director, Eric Mann, wrote, “Our work focuses on training a new generation of black and Latino activists in the traditions of black revolutionary, Third World and communist organizing.”

In a foreword to the 2018 book, “Revolution in the Air: Sixties Radicals Turn to Lenin, Mao and Che,” Garza wrote that she was “loosely trained” in the “Marxist-Leninist tradition.”

In late 2015, Tometi and other black activists welcomed Venezuelan President Nicolas Maduro to Harlem, months before she penned a letter commending the socialist government in Venezuela.

The U.S. has since declared Maduro a “dictator,” forbade him entry into the country and indicted him for drug trafficking and narco-terrorism.

Black Lives Matter organizers went to Ferguson, Missouri in 2014 after a police officer’s fatal shooting of Michael Brown, another black youth. The death of George Floyd in May 2020 in Minneapolis became another flash point for Black Lives Matter activists.

Though the new art installation at ULM promoted the slogan of an organization with Marxist ties, the social justice concerns voiced by Foy and others appeared closer to home.

When asked, Foy said discussions about pursuing a BLM art project stemmed from public outcry over racist remarks by ULM faculty that were uncovered by the university’s students. In one instance, a ULM instructor defended the use of a racial epithet while another professor described President Obama as a “monkey.”

When asked what change was sought, Foy said, “Oh gosh, equity for all, inclusion for all.”

Berry disputed whether a “single event” provoked a need for the social justice movement to establish itself at ULM.

“I wouldn’t say this is because of a certain event or anything like that,” Berry said.

“It’s to create awareness and continue discussion. It’s about our ongoing evolution as a university.”

Foy was one of four artists in the area who spearheaded the project. Her colleagues included Rodrecas “Drek” Davis, Vitus Shell, and K’Shana Davis of the Black Creatives Circle of North Louisiana. Foy and her colleagues first asked the Monroe City Council last July to allow them to paint the “Black Lives Matter” slogan on a city roadway, but public support for that endeavor fizzled out.

“We just couldn’t move forward on the street, and honestly, we’re happier to have it here,” Foy said.

Foy said she and her colleagues planned for the art installation to be a traveling exhibit.

When asked where it would travel to next, Foy said, “We don’t have that planned yet.”

After her request to the City Council for a roadway mural sparked controversy, Foy and her partners launched a GoFundMe fundraising campaign in early 2020, seeking $10,000 but had only secured $2,600, as of earlier this week.