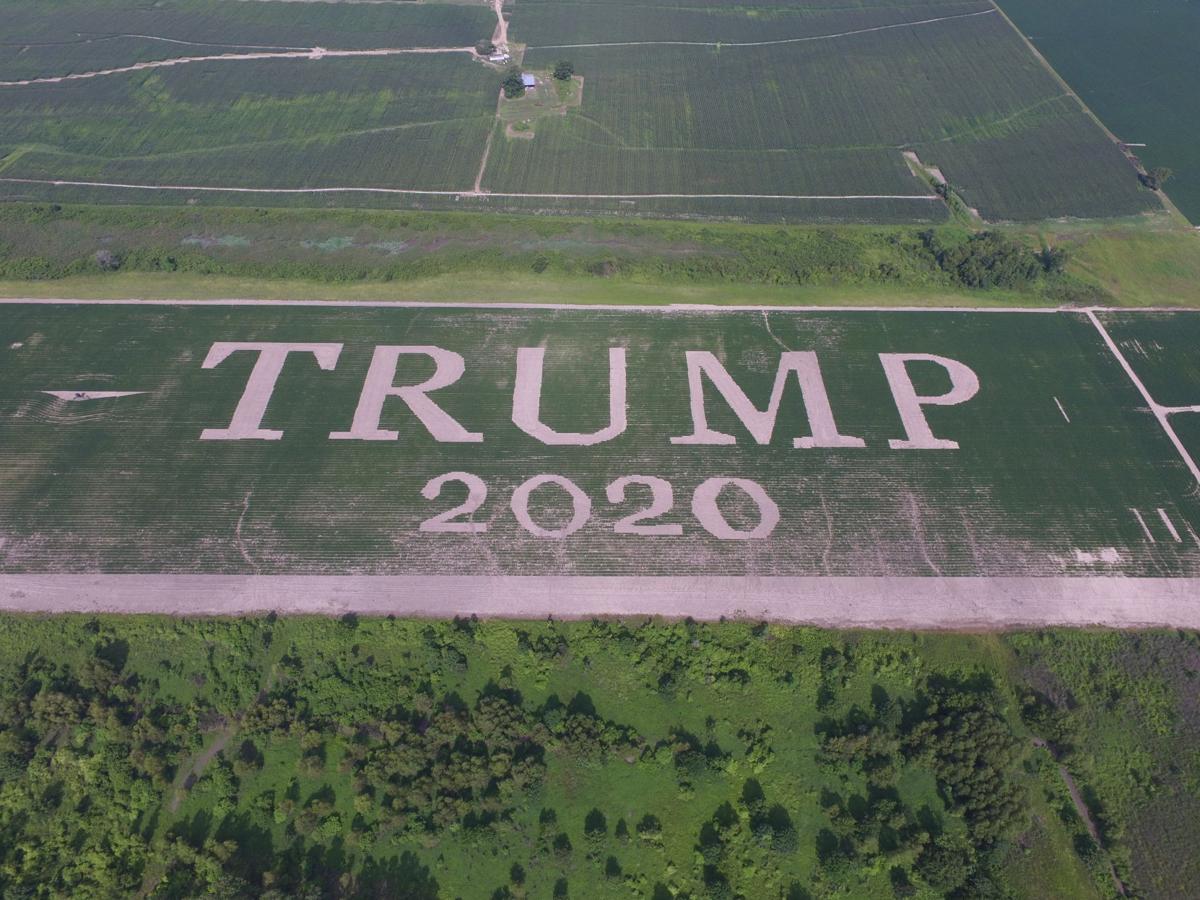 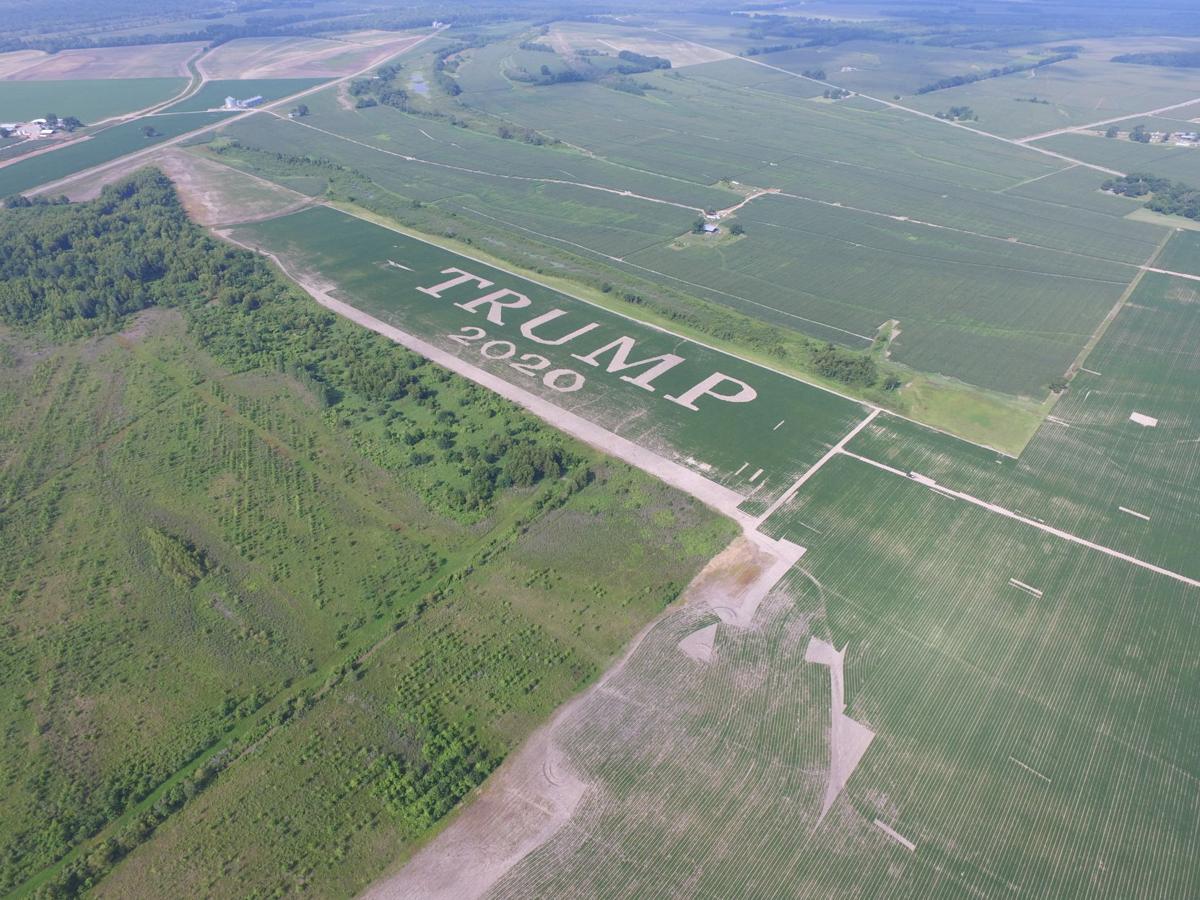 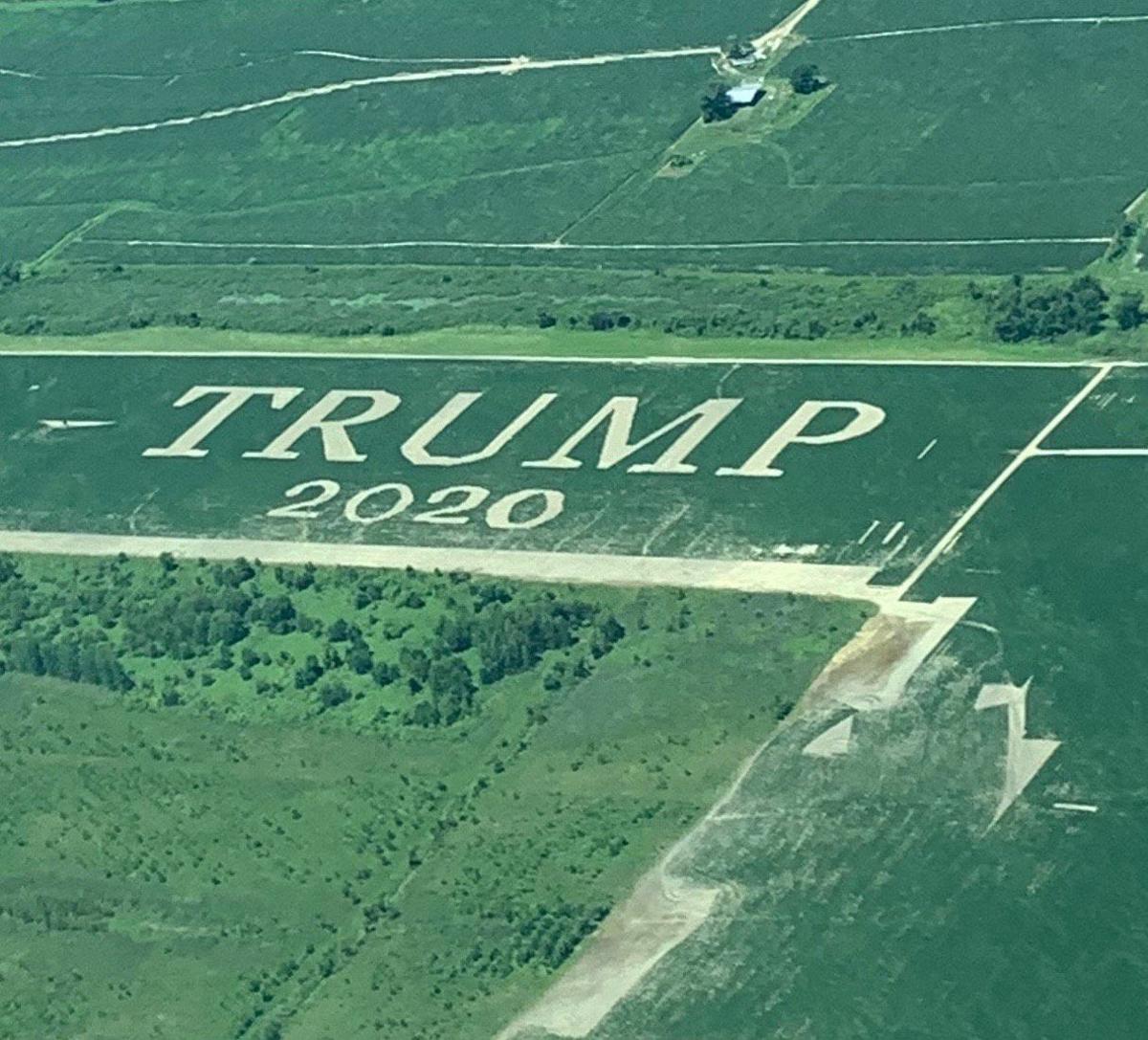 Donnie VandeVen says he never expected his livelihood would be threatened when he exercised his First Amendment rights by designing a 1,500-foot long crop formation in the shape of the campaign slogan, “Trump 2020.”

The crop formation can be seen from several thousand feet in the sky.

“I just find it unbelievable that somebody would say they want to go burn this guy out and burn down his livelihood because he has different political views than us,” said VandeVen, referring to President Donald Trump’s detractors who aimed their criticism at VandeVen on social media platforms.

VandeVen and his brother, Darrell VandeVen, are co-owners and co-operators of VandeVen Farms, including the Trump 2020 sign in one of the farm’s soybean fields. The individual letters in the crop formation are 400-feet deep.

“I don’t really see a difference in this than a bumper sticker, a flag hanging on your house or a campaign sign at the end of your driveway,” Donnie VandeVen said.

The VandeVen brothers farm soybean, corn, rice and cotton on some 6,000 acres south of St. Joseph in Tensas Parish.

Darrell VandeVen, the oldest of the two brothers, said planting the Trump 2020 crop sign was intended to show support for Trump.

“We have supported him from the beginning and still do,” Darrell VandeVen said.

The farm has been in the VandeVen’s family since their father purchased the farm in 1974. Darrell and Donnie Vandven took over VandeVen Farms in 2001 after their father retired.

The VandeVens explained the idea of designing a sign in support of Trump in one of their fields aroused in the winter of 2019.

“We were talking about different things we could do, kind of just joking around,” Darrell VandeVen said. “I said well next year is an election year, so we could do ‘Trump 2020.’”

When planting season began this year, Donnie VandeVen used an agriculture technology program from Precision Planting to plant a crop that would allow the Trump 2020 formation to emerge in the crop’s unplanted areas. He made Darrell VandeVen wait until the crops came in before seeing the result.

“I kind of went on my own, did it, planted the seed and waited until he (Darrell) saw it,” Donnie VandeVen said. “But it actually required very little work. About five minutes on the computer to make the design and it did it itself.”

“What this technology does is allow you to skip the rows in the field without wasting seed,” he added.

Donnie VandeVen created a saved the crop planting file to a USB drive, which was then plugged into a control box on a John Deere Planter. The planter was then attached to the farm’s tractor during planting season in April 2020.

“After that, it’s all controlled by GPS,” Donnie VandeVen said. “It draws the design as you go.”

Donnie VandeVen said their farm has utilized the technology for three years and he has been learning how to use it ever since.

“It took me about three years to figure out all the things I can do with it, and I’m still learning,” Donnie VandeVen said. “And that’s part of why I did it. To see if we could and figure how precise this device is.”

Photos of their crop formation were used in social media posts by Luke Letlow, who is chief of staff for U.S. Rep. Ralph Abraham’s office. Letlow also is planning to qualify as a candidate for the 5th District race this fall. Abraham is not seeking re-election.

“A friend of ours shared it with Luke, and he actually called me and asked if it was okay if he shared it,” Darrell VandeVen said. “And that’s when it really went viral.”

Photos of the VandeVen Farms’ Trump 2020 crop sign was posted on the “Luke Letlow for Congress” page on Facebook on June 14 and had been shared 1,674 times as of June 30.

Darrell VandeVen said he has received personal Facebook messages from people across the country expressing their support for their Trump 2020 crop sign. Hw mentioned he had heard from people in states such as Colorado, Minnesota, Virginia and Florida.

“Every message that I’ve gotten directly was very positive. Now I did have people send me some screenshots of Facebook discussions where people were less than impressed,” Darrell VandeVen said. “As far as anything negative, no one has sent me a direct message that was negative.”

According to Donnie VandeVen, he heard Trump saw a photo of the crop formation though he was not certain the president had actually seen it.

According to the VandeVens, the negative feedback included people calling them racists as well individuals suggesting their soybean field be burned up.

“Just people commenting on Facebook saying that someone should go burn the field down,” Donnie VandeVen said. “Nothing I cared to acknowledge. Just immaturity.”

Donnie VandeVen explained he was shocked by the negative feedback he and his brother received for supporting a political candidate.

“I never had any idea that it would be considered so wrong, racist or all kinds of adjectives I’ve been called for supporting a political candidate,” Donnie VandeVen said. “When someone supports a political candidate I don’t agree with, I say well that’s your opinion and we can engage in an intelligent way and solve our differences that way.”

Donnie VandeVen explained the negative feedback was outweighed by the support directed toward them.

“The positive feedback outweighs the negative by probably 500 to one,” Donnie VandeVen said. “The negative people are a small minority.”

It was difficult for his family to be concerned about the negative feedback now, according to Donnie VandeVen.

“My oldest daughter, who is 17, asked me about it,” Donnie VandeVen said. “She asked ‘Daddy do you know what people are saying?’ and I said, ‘Yeah baby, just don’t worry about it. Those people are going to hate and that’s what they do. Don’t concern yourself with that. It’ll be okay.’”

Donnie said he was asked why he decided to put a Trump 2020 sign in one of his fields, which possibly could cause trouble during a difficult time in the country.

“When we did this, I actually drew this back in the winter and planted it back in early April. That was before all of this racist turmoil in the country,” Donnie VandeVen said.

“That was never our intent,” Darrell VandeVen added.

The VandeVens said they do not condone racism or police brutality against African-Americans.

“Absolutely not,” said VandeVen. “I cannot fathom anyone being that obtuse that you just sit there and stupidly murder someone for God knows what reason.”

More crop signs in the fields of VandeVen Farms are a possibility in the future, according to the brothers.

“This may become a tradition for us. I might find something else to put for next year,” Donnie VandeVen said.

If they made another crop formation, they would do so to showcase advantages of agricultural technology, not simply for a political statement, according to Darrell VandeVen.

“The Trump 2020 sign ended up being kind of controversial but we would rather do something to showcase the kind of technology in agriculture and the things you can do,” Darrell VandeVen continued. “It’s not our goal to use it as a political statement.”

IMPACT PLAYER: Booker ready to take game to next level for Wildcats

If this past weekend was a college football game, it would’ve been one of those back-and-for… Read more