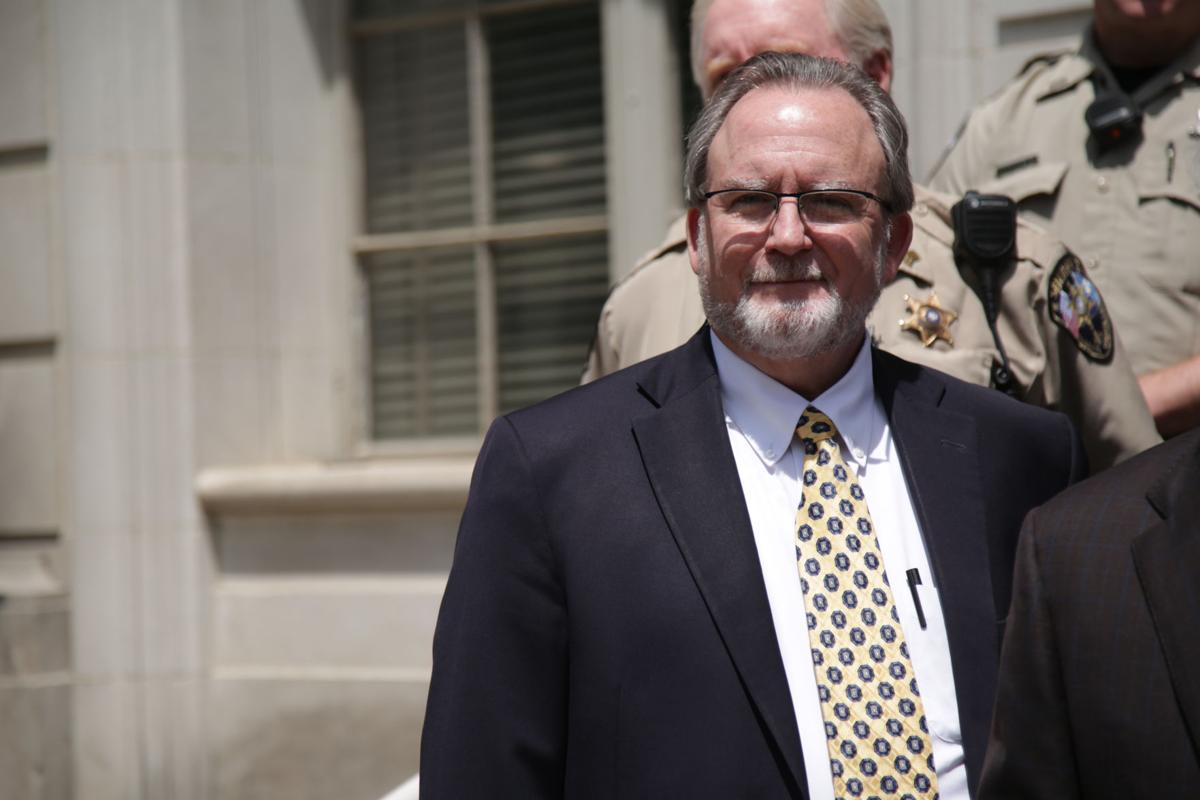 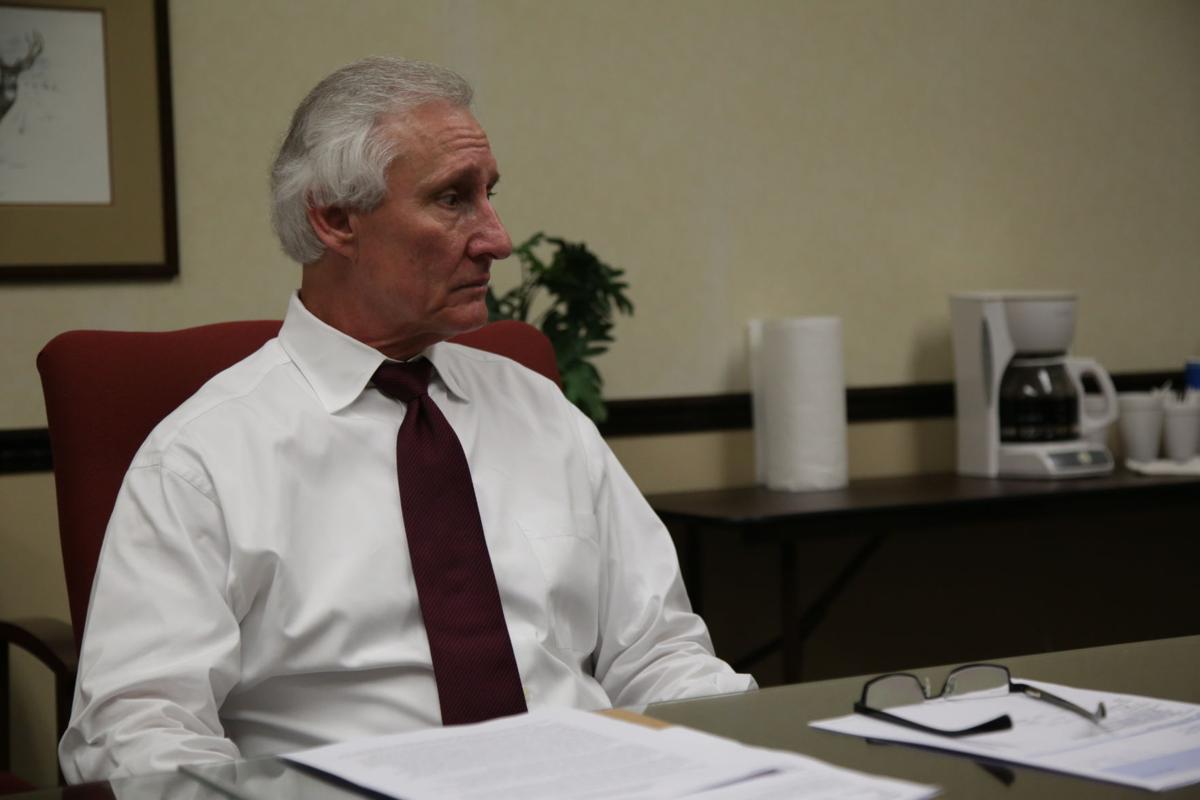 After a two-day trial last week, Tew’s office failed to convict Wall on non-consensual disclosure of a private image (a felony) and obstruction of justice. The case was complicated, but the district attorney essentially alleged that Wall had recorded a video of himself and his ex-girlfriend having sex and later shared that video with a West Monroe High School teacher to harass the ex-girlfriend and cause her emotional distress.

The district attorney also claimed Wall tried to get rid of the cell phone carrying the sex video.

The jury disagreed and acquitted Wall on both counts. Michelle Jones, the high school teacher, had taken the video from Wall and widely distributed it, sending it to a high school student, to her ex-husband (who was dating Wall’s ex-girlfriend), and to her ex-husband’s employees. Instead of prosecuting Jones, Tew guaranteed her immunity through a diversion agreement and a $650 fine.

Letters between Aycock and Wall’s attorneys surfaced in a post-trial filing by Monroe attorney Devin Jones, who defended Wall at trial.

Wall retained Devin Jones in late 2018. Prior to that point, Wall was represented by Monroe attorneys Lavalle Salomon and Jeff Guerriero.

For months in State of Louisiana v. Dennis Wall, it was unclear whether a plea agreement had been offered on the record. In an August hearing, Devin Jones asked Assistant District Attorney Sean Southern to outline any available plea agreement, or plea deal, in open court. At that time, Southern said Wall could plead guilty to a misdemeanor charge of harassment through telephone communications.

In an Aug. 26 letter to Devin Jones, Aycock reiterated the plea deal and also stated that no plea deal had ever been offered to Wall.

“There has never been a formal offer of a plea in this matter,” Aycock wrote. “I know that everyone has ‘kicked the tires’ to see if there was any interest in a misdemeanor plea. I am cognizant of the statements made by Sean Southern at court recently.”

Aycock stated the terms of the plea agreement, which entailed probation for a felony offense.

“He can plead guilty to misdemeanor grade unlawful communications pursuant to 14:285. He would be fined $500.00 and costs. Any jail sentence would be deferred pursuant to C.Cr.P. Art. 894. Your client would be on probation for one year. The remaining count of obstruction will be dismissed.”

The letters filed in the State v. Wall court record last Friday revealed that the district attorney had previously offered a different plea deal and threatened Wall to take it.

The court documents also disputed Aycock’s claim that no plea deal had ever been offered.

In a Sept. 18, 2018 letter to Salomon, who was Wall’s attorney at the time, Aycock described his ultimatum that Wall could go to trial or plead guilty to the felony charge of sharing the sex video.

“If he is unwilling to step up to the plate and enter a plea on the non-consensual disclosure of a private image, then I intend to place the matter back before the Grand Jury at the end of this month,” Aycock wrote. “My intention is to go ahead and bring the indictment for the obstruction of justice. Once I do that, there will not be any plea, and there will be nothing but a trial.”

“I would suggest you have a serious talk with Mr. Wall, and let’s come to a conclusion of this matter right away,” Aycock added.

In a Sept. 19, 2018 letter to his client, Salomon explained the circumstances leading to Aycock’s ultimatum: Wall was talking with people, apparently sharing remarks that portrayed the district attorney in a negative light.

“The District Attorney’s Office is getting a lot of feedback that you are talking a lot and giving your opinion on what is going to happen, etc,” Salomon wrote.

“It is like teasing a mean dog and you are making it extraordinarily mad. The prosecutor is considering taking your matter back (to) the Grand Jury and obtaining additional charges. This is at the instruction of the District Attorney at this point.”

“I would suggest that you stop talking to anyone about this matter other than me or Jeff,” Salomon added.

In an Oct. 4, 2018 letter, Salomon informed his client that Aycock would likely file an additional charge of obstruction of justice.

Later that year, Devin Jones took over as Wall’s attorney. Salomon informed Devin Jones in a Dec. 28, 2018 letter that Tew and Aycock both sought Wall’s exit as a police officer and his plea to a felony offense, further contradicting Aycock’s later claim that Wall had not been offered a plea agreement.

“As I assume you are aware Jeff Guerriero and I met with Steve Tew and Geary some months ago regarding this matter,” Salomon wrote. “They were not agreeable to diverting Dennis’ matter. The offer was for Dennis to resign and enter a plea to a felony with an Article 893. Neither Dennis nor I were particularly interested in that.”

Salomon’s letter portrayed Aycock as the person driving the case against Wall.

“I have touched base with Geary several other times regarding this matter,” Salomon said.

“There has not been any change in his position. Indeed their reluctance to resolve the matter by the plea lead to the fruition of their promise to move forward and indict Dennis for obstruction of justice.”

Robert Perkins, 58, of Hall Summit, and Deborah Hawthorne, 60, of Monroe, were sentenced by … Read more