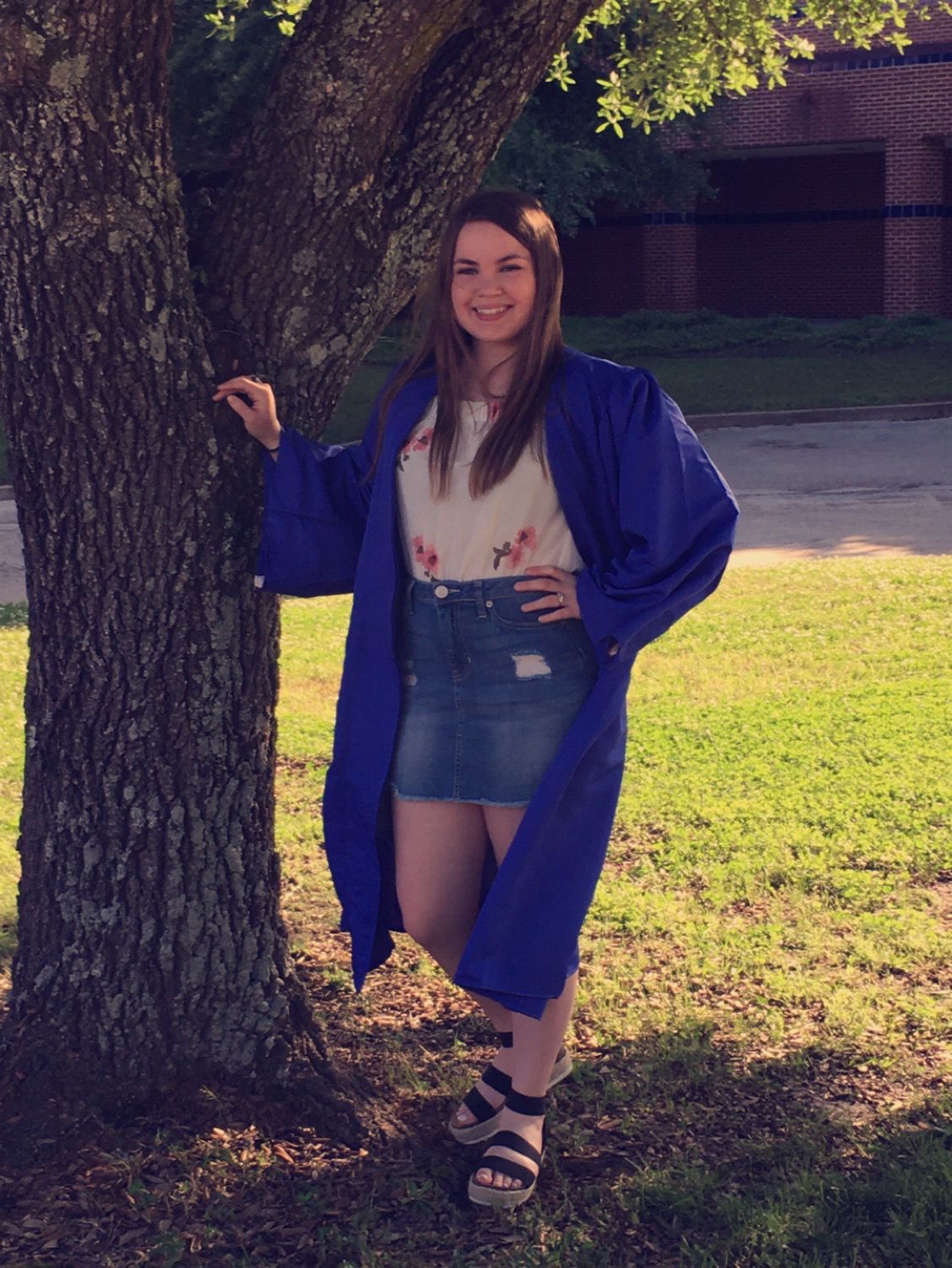 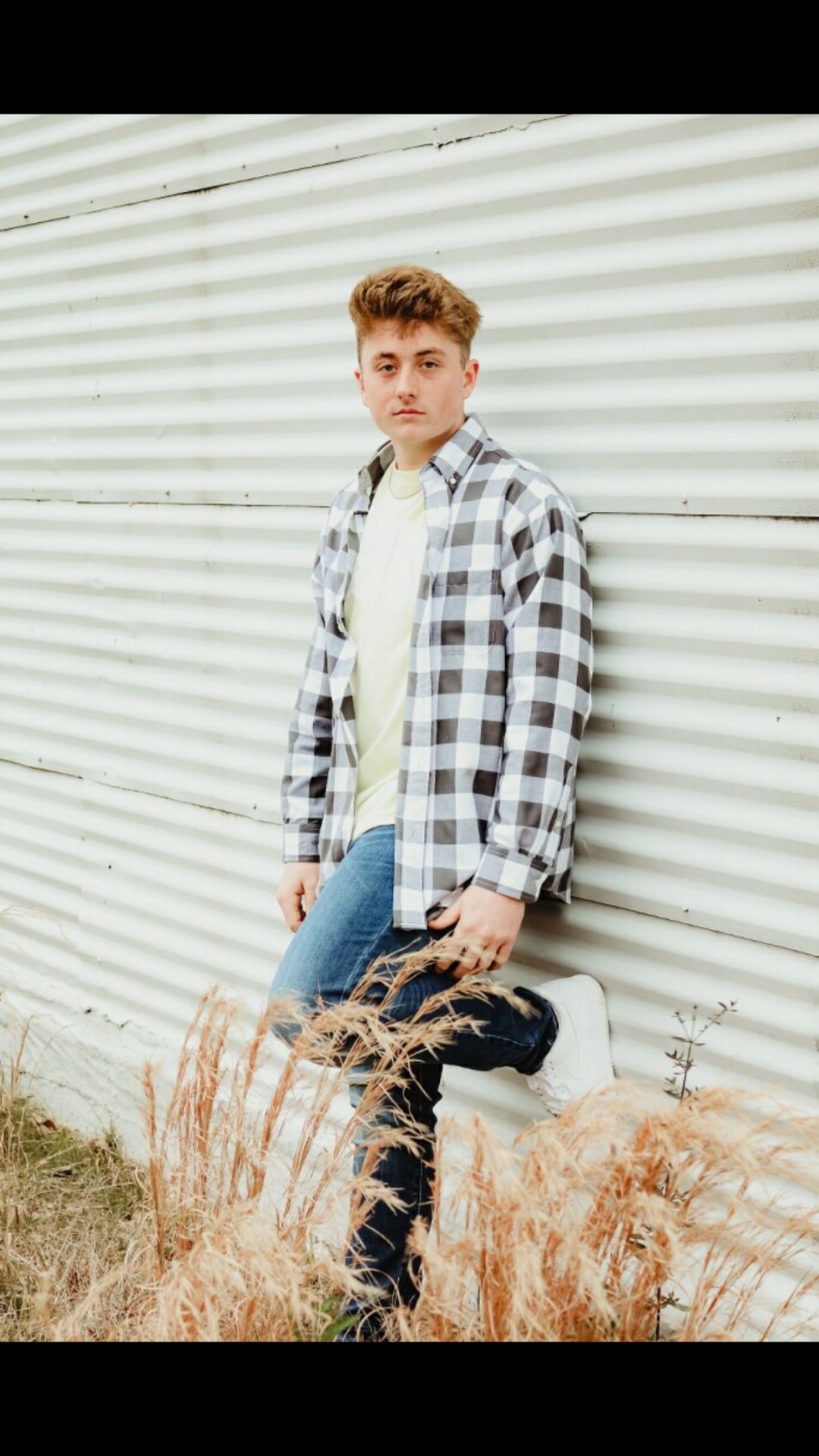 Makayla Thomas, a West Ouachita High School senior looking forward to prom and graduation, says she was shocked when the school closed in March to prevent the spread of COVID-19.

Thomas was one of 88 seniors recently recognized by Just Run the Play, a local non-profit, in light of the disruption caused to their senior year of high school.

Thomas had grabbed breakfast from a local convenience store on her way to school and spoke with her boyfriend in the car prior to classes at 8 a.m. March 13 was the last day of school for the 17-year-old.

“You don’t know that that was your last day of school and you would have changed things so much and done everything different,” Thomas said.

Like many other seniors, Thomas’ senior year was cut short by the school closure.

“I was kind of upset because I knew what was coming,” Thomas said. “I knew prom was just right around the corner. And graduation.”

Just Run the Play executive director D.J. Davis and community relations coordinator Bill Norris referred to their own sons, who were seniors, as the basis for presenting 88 local seniors with gifts such as products donated by local businesses or gift cards.

“It was just like the rug was pulled out from under these young people,” Davis said.

Davis and Norris used funding they raised during a seven-week program to present the gifts to seniors.

“We had a lot to hang our hat on, so I can relate knowing that this is something these kids look forward to,” Davis said. “They look forward to prom, they look forward to walking across that stage and looking to see mom and uncle and grandma in the audience and the dinner parties. I think the sad part about this is that empathy is felt because there was nothing that nobody could do about it. It was out of everybody’s control.”

Some schools in Ouachita Parish hold graduation ceremonies at large facilities in the area such as the Fant-Ewing Coliseum at the University of Louisiana-Monroe or the Monroe Civic Center.

Thomas worked while in school and also participated in the JROTC program at West Ouachita High School for four years.

Thomas said she was close with her fellow cadets. She saw only one of her friends during the stay-at-home order that lifted earlier this month.

Thomas said she was disappointed because she had always dreamed of her mother getting to watch her walk across the stage at her high school graduation.

“It hurt a lot to know my mom pushed me this far for four years so I can be something better,” Thomas said. “But my thing is that I wanted her to watch me walk and the fact that that wasn’t going to happen, that hurt quite a lot.”

Sharon Sikes, Thomas’ mother, had Makayla when she was 15 and did not finish high school. Sikes expressed frustration at seeing her daughter’s senior year cut short.

“It’s anger, emotionally, because she’s been doing great in school,” Sikes said. “She’s been non stop talking about high school and about graduation.”

Sikes said she was looking forward to cheering for Thomas when her name would be announced at graduation.

“Coming from me having her so young, I didn’t finish school. Her father wasn’t a part of her life. So, I was very excited for her to be able to walk across that stage, and she’s doing something with her life,” Sikes said. “It’s upsetting.”

Instead, Thomas waited in a vehicle line at her school until it was her time to pull up to get her diploma.

Sikes said she was proud of her daughter regardless of how the COVID-19 crisis changed Thomas’ senior year.

“She is just a wonderful, amazing young woman,” Sikes said. “She has blossomed so much throughout the years, and I am very very proud of her. And I know she’s going to do wonderful things in life, but she is not going to let this virus be a setback for her.”

Thomas said she plans to go to ULM and study criminal justice.

Another student recognized by Just Run the Play for his achievements was Gage Breithaupt, a senior at West Monroe High School.

Breithaupt was more than 200 miles away from home playing in a baseball tournament when he learned that his school was closing.

Breithaupt, a 6-foot 215-lb. left hander, played first base and pitched for the school’s baseball team.

Breithaupt was with his teammates in Geismar, playing in the Jay Patterson Shootout Tournament on March 12 when they were told by West Monroe Coach Wade Simoneaux to play the tournament like it would be their last.

“They had told me on the way over there that after that game, our season was going to be over, or at least they were going to suspend it, so I said play like this is your state championship,” Simoneaux said.

Breithaupt said he and his friends could not believe their coach at first.

“We were on the bus and my senior buddies usually sit in the back, and we were kind of just looking at each other thinking, is he for real?” Breithaupt said.

West Monroe went on to beat Dutchtown High that night, 9-7.

“So I threw my two best lefties that night and we beat Dutchtown,” Simoneaux said.

Breithaupt said reality hit home after their win against Dutchtown as parents began to greet the players after the game.

“After the first game, he gave us our endgame talk and all that and then we started taking pictures,” Breithaupt said.

While in school, Breithaupt went to classes and attended baseball workouts at 2 p.m. each day. He described baseball as his life, and his dedication earned him a chance to play America’s pastime at the college level.

According to Breithaupt, he originally hoped he could conclude his senior year by finishing out on top, but the Coronavirus crisis killed that dream.

“Our team this year was different. You could just feel like it was a different team and we were thinking we were going all the way,” he said.

Simoneaux echoed Breithaupt’s remarks and explained the West Monroe team was just coming together at the time the season ended.

“It was bittersweet because our team was just coming together. We had a group that really liked each other and felt good about our chances this year,” Simoneaux said.

Simoneaux was instructed by his principal to finish the tournament if other teams were doing so.

“After the first night, I was emotional because everyone was saying it would be our last game and we took it to heart, but after that,” Breithaupt said. “The second and third games were just playing to have fun.”

The Rebels ended the tournament, 3-4, and finished the shortened season with a record of 9-4.

Breithaupt said he knew exactly what was coming: no more hanging out with friends after ball games or playing ball.

“After every game we would all go spend the night, goof off, always eating and hanging out,” he said. “They’re my best friends, and that’s what hurt the most I think was I won’t get to play with them ever again.”

Breithaupt said he has continued to work out and do baseball drills.

“Just trying to stay in shape and keep my arm healthy,” he said. “It’s kind of like I’m in shock,” he said. “I have never had a spring without baseball and not going to school. It’s been weird to adjust.”

Superstars abound at ULM, though that won’t necessarily equate to big wins in 2020. Read more

Calhoun man arrested for hit and run, fleeing from officer in RV

Sitting in his brand new office, which overlooks the legendary Bill Ruple Stadium from above… Read more