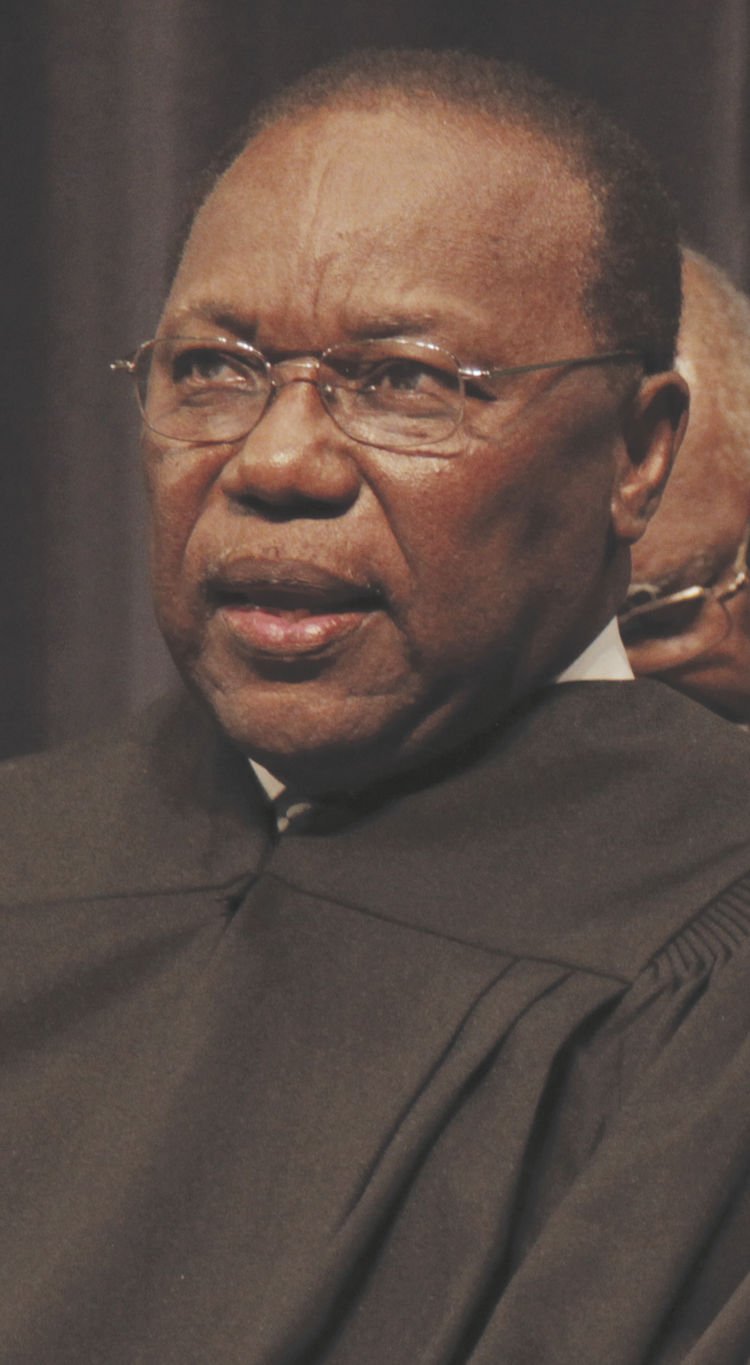 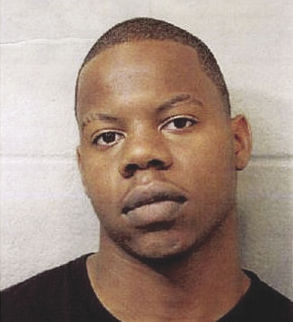 During a hearing Monday at the Ouachita Parish Courthouse, Jefferson ruled a new trial was in order for Michael Lorenzo Barnett Jr., who was originally found guilty of second-degree murder on Aug. 23, 2016 after a bench trial before Jefferson. In January, Jefferson changed his mind and switched Barnett’s second-degree murder conviction to manslaughter.

Meanwhile, the ruling for a new trial was made a few weeks after Barnett’s mother filed a complaint against two assistant district attorneys with the Fourth Judicial District Attorney’s office, which prosecuted Barnett. Barnett’s mother claimed the assistant district attorneys called her son a “mutha f*****” and referred to Jefferson as a “dumb ass.”

In response to an appeal by the district attorney’s office earlier this year, the Second Circuit Court of Appeal overturned Jefferson’s decision to change Barnett’s verdict to manslaughter. In its April 5 ruling, the Second Circuit reinstated the second-degree murder conviction. In September, the state Supreme Court left the appeal court’s decision in place by denying Barnett’s writ.

The Second Circuit’s ruling remanded the case to Jefferson for sentencing, which was scheduled to occur at Monday’s hearing. Instead of sentencing Barnett, Jefferson ordered a new trial, which could make the Second Circuit and Supreme Court’s actions ineffective.

The Fourth Judicial District Attorney’s office declared its plans to seek writs after a Nov. 8 hearing where Jefferson said he would take under advisement Barnett’s motion to reconsider a new trial.

“The State objects to the trial judge’s failure to sentence the defendant,” stated the district attorney’s Nov. 9 objection.

Barnett’s motion to reconsider a new trial was not the first such motion filed in the case. He previously filed a motion for a new trial, but Jefferson denied it in January, prior to changing the verdict from second-degree murder to manslaughter.

Jefferson’s verdict change was significant because the state’s sentencing guidelines require automatic life in prison without the benefit of probation, parole or suspension for anyone convicted of second-degree murder. Manslaughter has no mandatory sentence. Judges have the discretion to set the sentence at any length — including no time served — as long as the sentence does not exceed 40 years in prison.

On Nov. 3, the District Attorney’s office objected to Barnett’s second motion for a new trial, arguing Barnett did not have a right to a new trial motion or hearing since the first one was already denied.

“The mere fact that he is unhappy with the verdict does not support this claim,” state the district attorney’s Nov. 3 objection. “Other than a generalized attack on the sufficiency of the evidence, defendant has failed to set forth any factual allegation that supports his argument that this Honorable Court should grant him a new trial in order to serve ‘the ends of justice.’”

Barnett was accused of shooting and killing Andre Alexander, a family acquaintance, on Dec. 21, 2011 in the Tanglewood Subdivision area. Barnett and the victim were reportedly arguing in the victim’s front yard when Barnett went to his car, started to drive off, but then pulled out a gun and approached Alexander.

Alexander ran from his Tanglewood Drive home to Dellwood Drive with Barnett pursuing and firing his handgun.

Alexander was hit five times and fell dead in a ditch on Dellwood, as reported by investigating deputies. There were numerous witnesses to the shooting who knew Barnett and Alexander.

In a Nov. 17 Motion to Recuse Assistant District Attorneys, Barnett claimed assistant district attorneys Shirley Davis and Holly Jones — who prosecuted his case — had a “personal interest” in his case. Their “personal interest” conflicted with the fair administration of justice, Barnett argued.

“Defendant asserts that on separate occasions, while the court (was) on recess and while walking down the hallway to step onto the elevator, both DAs have tried to threaten him by stating unprofessional things,” Barnett’s motion stated.

“Defendant asserts that both Das worked as a team against him during (the) trial which resulted in a FALSE PROSECUTION,” his motion stated.

Barnett said his mother, Natasha Mays, filed a complaint against Davis and Jones with the Louisiana Attorney Disciplinary Board. Mays sent her Nov. 12 complaint to the Office of Disciplinary Counsel, which reviews all attorney complaints on behalf of the disciplinary board. In her letter, Mays claimed Davis threatened her and other members of her family.

“My family and I have been threatened by Prosecutor, Shirley Wilson Davis, by stating that if my family or I say anything to the Alexander family (the victim’s family), she will have us arrested on the spot,” stated Mays’ letter.

Echoing her son’s complaint, Mays said some of the alleged harassment occurred when guards escorted Barnett to and from the elevator to the courtroom. Mays said there was no reason for her or anyone in her family to say anything negative to the victim’s family, since the situation on both sides was “tragic.”

“There (have) been several times where the guards have taken Michael off the elevator, and (brought) him to court, and Shirley Davis, as well as Holly Jones, (have) stood with the Alexander family, and bluntly harassed Michael Barnett Jr. with comments such as ‘Who the f*** are you looking at’ and ‘Who are you bucking up at,’ all this behavior is a way to provoke my son into saying something, so that Shirley Davis can bring harassment charges against my son.”

Mays said she understood Davis and Jones had certain responsibilities as prosecutors but claimed the pair had abused their authority as prosecutors by “intentionally” leveling threats at her family or “terrorizing” her family for appearing in court to support Barnett. Mays described Davis and Jones as “uncontrollable with their disrespectful behavior” and asked the Attorney Disciplinary Board to “take control of the matter.”

Mays claimed she and her daughter once visited Fourth Judicial District Attorney Steve Tew’s office to make known her complaint about Davis and Jones. En route to Tew’s office, Mays said, “Prosecutor Holly Jones (stated) that ‘Judge Larry Jefferson was a ‘DUMB ASS,’ and that he already had found this ‘MUTHA F***** GUILTY.’”

“I would have never believed it if I didn’t see it for myself, but I did, and that proved to me that the Ouachita District Attorney’s Office is corrupt, and they are willing to convict (my) son on the verbal threats and acts of Prosecutors Shirley Davis and Holly Jones, which should be considered unethical in the Court of Law,” stated Mays’ letter.

Her visit to Tew’s office was “unsuccessful,” Mays claimed, stating Tew had not yet responded to her family’s complaint.

Mays claimed Davis also made unprofessional and unethical remarks about her son’s case.

“I think what bothered me most out of everything was the comment that Prosecutor Shirley Davis made while bending down looking in her purse, as my daughter and I walked by, stating that, ‘I’MA MAKE SURE THAT MUTHA F***** GO DOWN FOR LIFE, EVEN IF IT TAKES MY LIFE,’ and that quote is straight from Prosecutor Davis,” Mays’ letter stated. “This is way past unethical. After making that rude and disrespectful remark, my daughter and I (turned) around to ask Prosecutor Davis was that a ‘THREAT,’ and she responded, ‘No,’ but you heard what I said...”