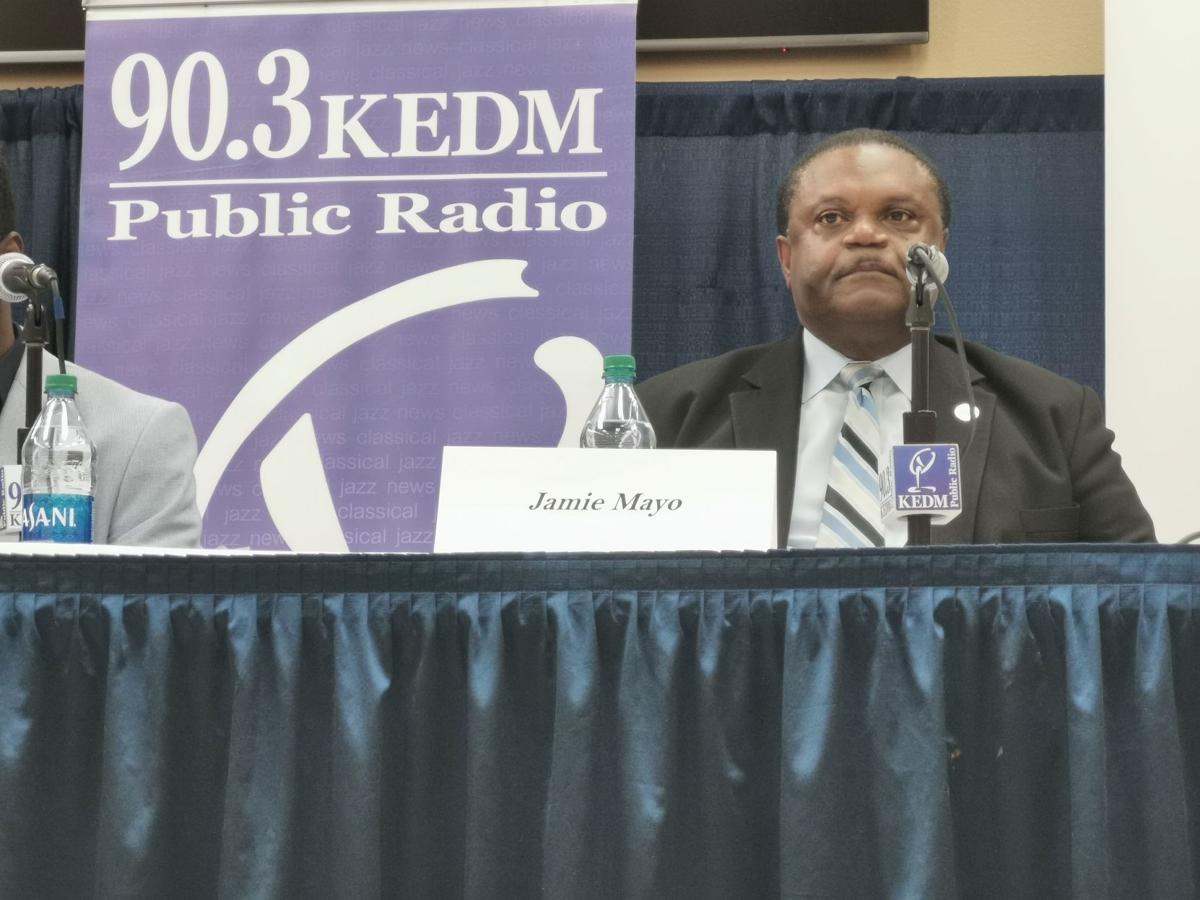 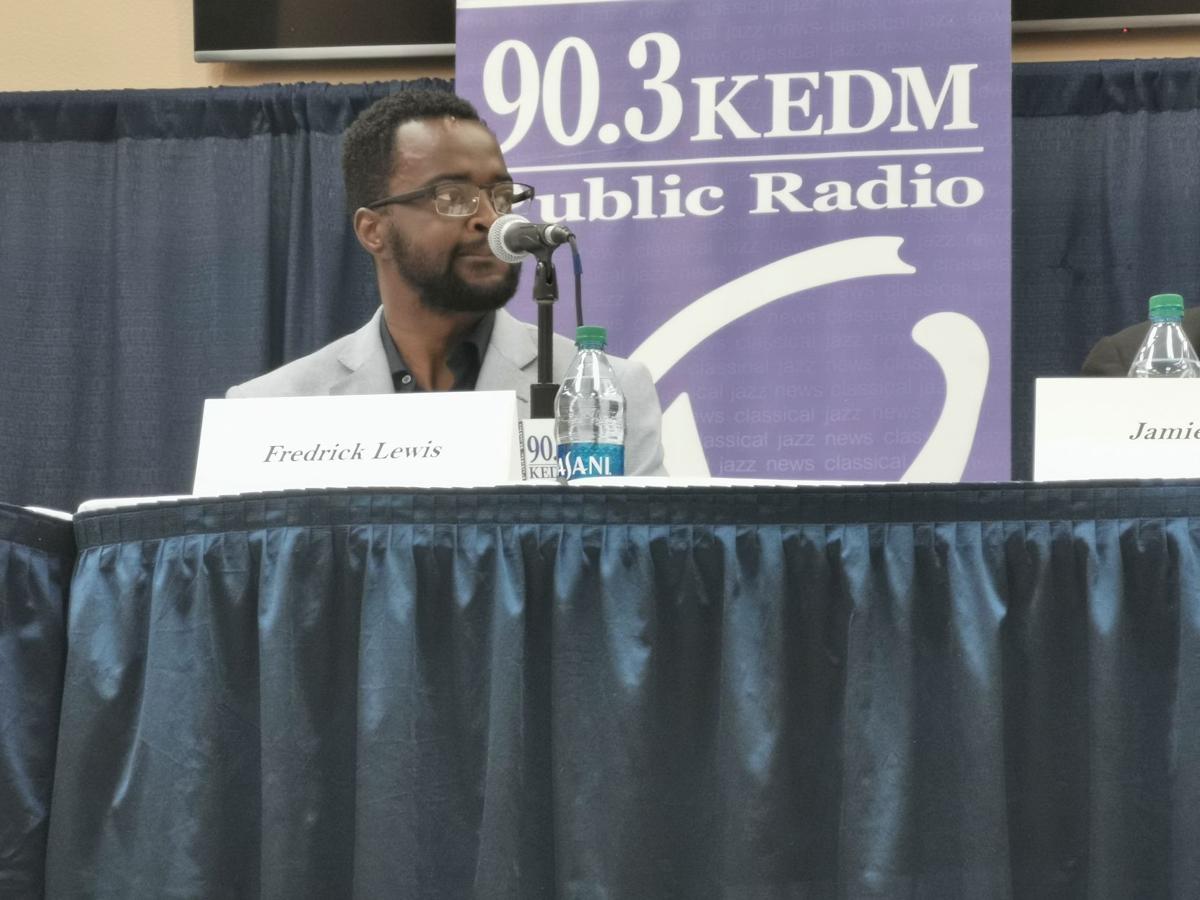 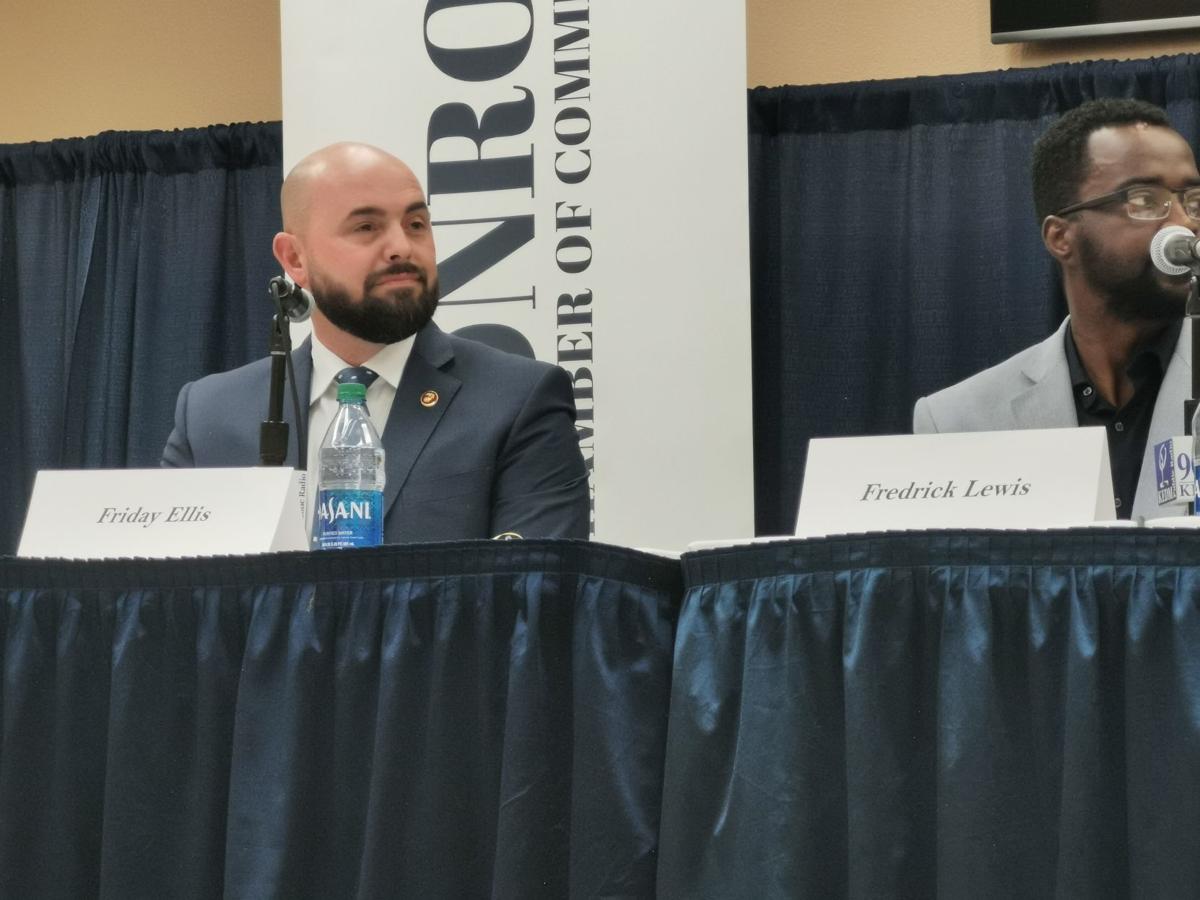 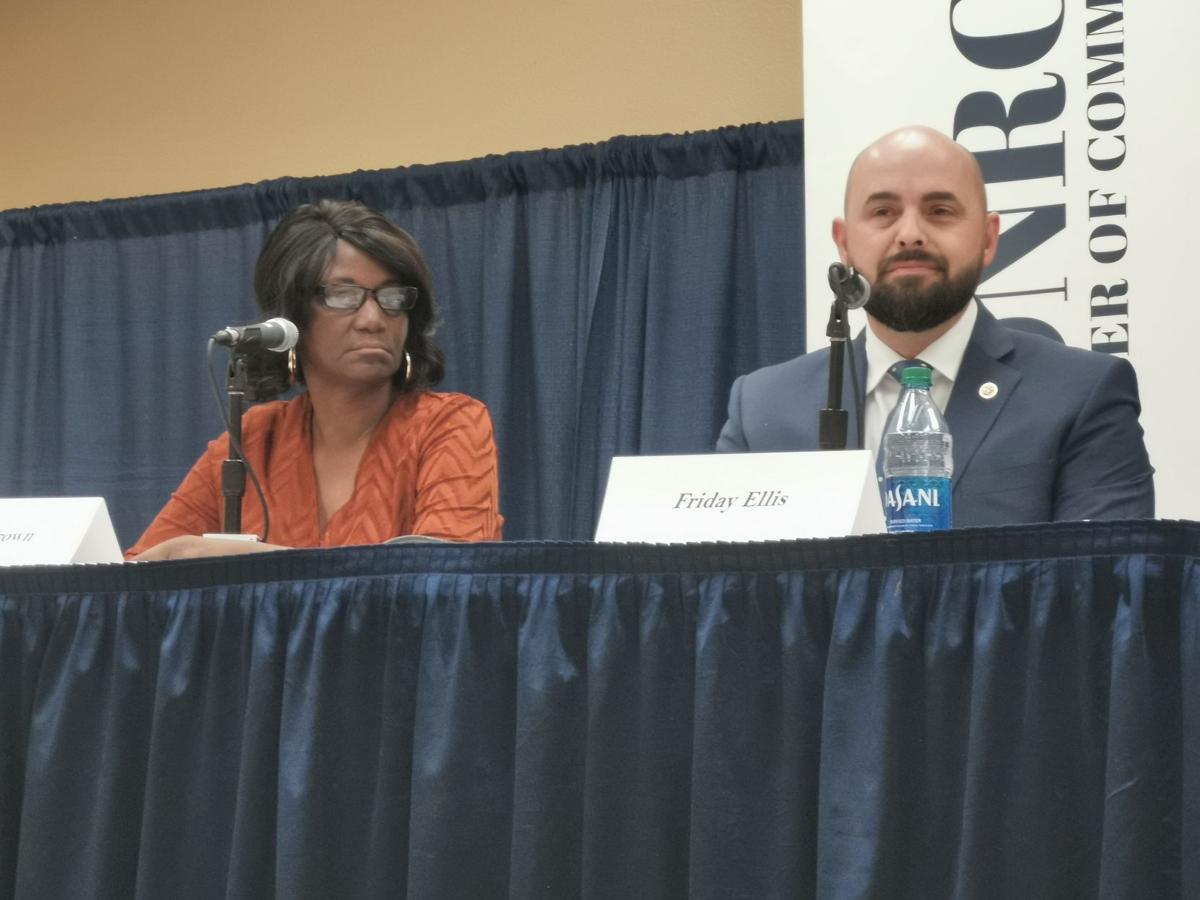 Mayor Jamie Mayo fired off criticism of the four people who qualified to challenge his bid for mayor, especially local businessman Friday Ellis, during a mayoral candidates’ forum on Monday.

The five mayoral candidates include community activist Marie Brown, a Democrat; Ellis, an independent; Fredrick Louis, a Democrat; Mayo, a Democrat; and Ronnie Scott, a Libertarian.

All five mayoral candidates attended the forum hosted by 90.3 KEDM and the Monroe Chamber of Commerce at the Monroe Civic Center.

In his opening statement Monday evening, Mayo lobbed accusations at Ellis, suggesting Ellis’ party affiliation and residence were chosen because of his political ambitions.

“I’m genuine and I’m authentic,” Mayo said. “I have not moved from one place to another like Mr. Ellis has, moving from West Monroe to Monroe in the last two and a half years, and changing parties from Republican to Independent, I guess, to run for mayor. I guess we’ll learn more about that.”

Later, near the close of the forum, Mayo took aim at Ellis again by referring to Monroe businessman Eddie Hakim, who is widely known as one of Mayo’s chief critics.

Throughout the event, Mayo did not restrict his criticism to Ellis.

“What you’ll find with my opponents, they don’t have a plan but to tear the city down, to tear me down,” Mayo said.

Later, when candidates were asked to describe the greatest opportunities for improvement in Monroe, Mayo ridiculed Ellis and Louis’ answers. Ellis suggested transforming Monroe into a “riverfront community” while Louis described the city’s people as the city’s greatest resource.

“Here’s where their inexperience is showing,” said Mayo, who identified the city’s greatest opportunity for improvement as the completion of the Kansas Lane Connector.

At one point, Ellis called for candidates to act like adults during the forum, but Brown was the only candidate to respond to Mayo’s criticism directly.

“I’m more than authentic, I’m human,” Brown said. “I’m not here to tear anybody down.”

In an apparent defense of Ellis’ move to Monroe, Brown said, “We want people to want to come to Monroe.”

“If you can’t see what we see, that’s a problem,” said Brown, referring to candidates’ descriptions of the city’s challenges compared to Mayo’s declaration that the city’s economy was in good shape. “You wouldn’t have four people running against you with no experience.”

Candidates fielded questions about their qualifications, race relations, the problem of crime in the city among others. One of the questions pertained to the candidates’ position on whether they would support a casino in Monroe.

“Personally, I would not, unless the people wanted to,” Scott said.

“I would have to leave that up to the voters,” said Brown, before noting that the average monthly income for the impoverished in Monroe was about $700, suggesting that a casino might become a burden or temptation.

“I’m not totally opposed to gambling, but I don’t want to be the one to push gambling,” she added.

Louis said he would not oppose a casino but questioned whether a casino could be successful in Monroe in light of financial troubles experienced by other casinos in northern Louisiana.

More wholesome opportunities for entertainment and economic development would be preferable, according to Louis.

“I would oppose it personally, but I would leave it up to the voters,” Louis said. “We don’t want to be a city desperate for dollars.”

Ellis was the lone candidate to declare opposition to a casino.

“Personally, I would not support a casino,” Ellis said. “The house always wins. It disproportionately affects the poor in our community. Who is left to pick up the pieces? Faith-based entities and others who are already working hard to address problems like poverty and homelessness.”

Mayo was the only candidate to invite casinos to the city.

“You can’t legislate morality,” Mayo said. “I would support a casino. I guess I’m the only one with guts to support it.”