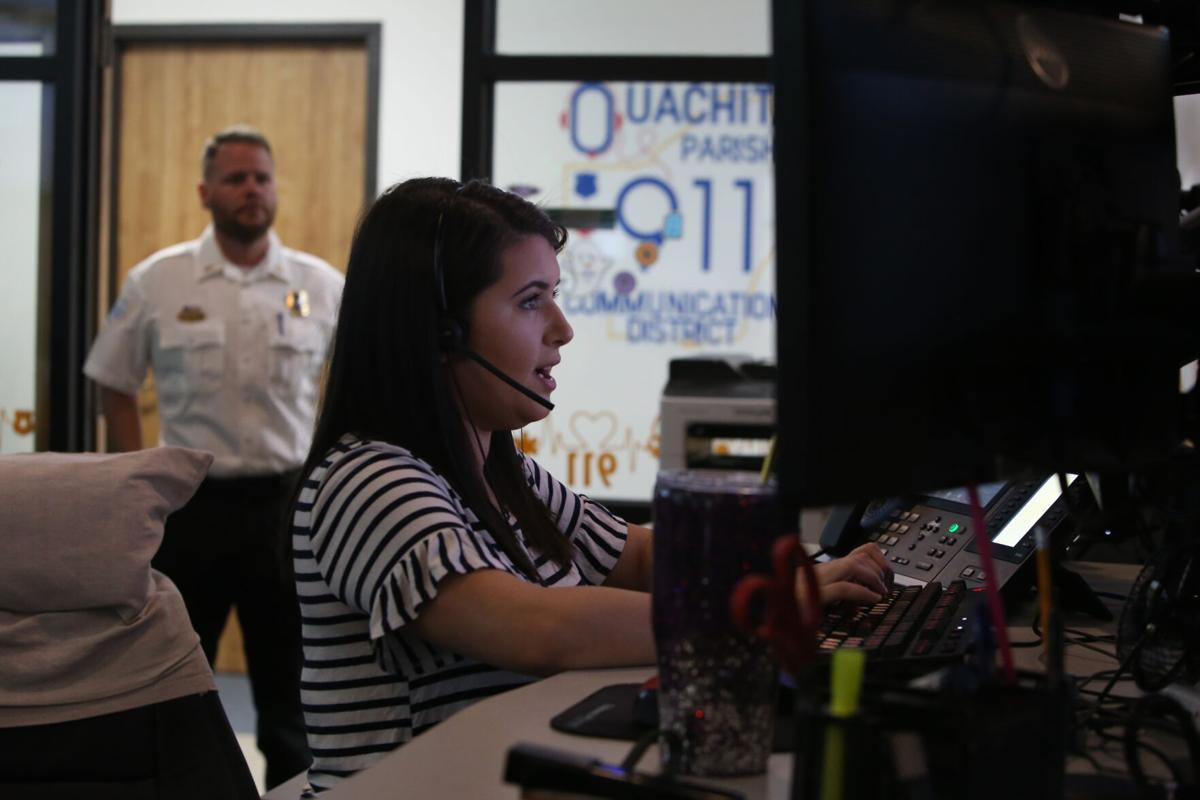 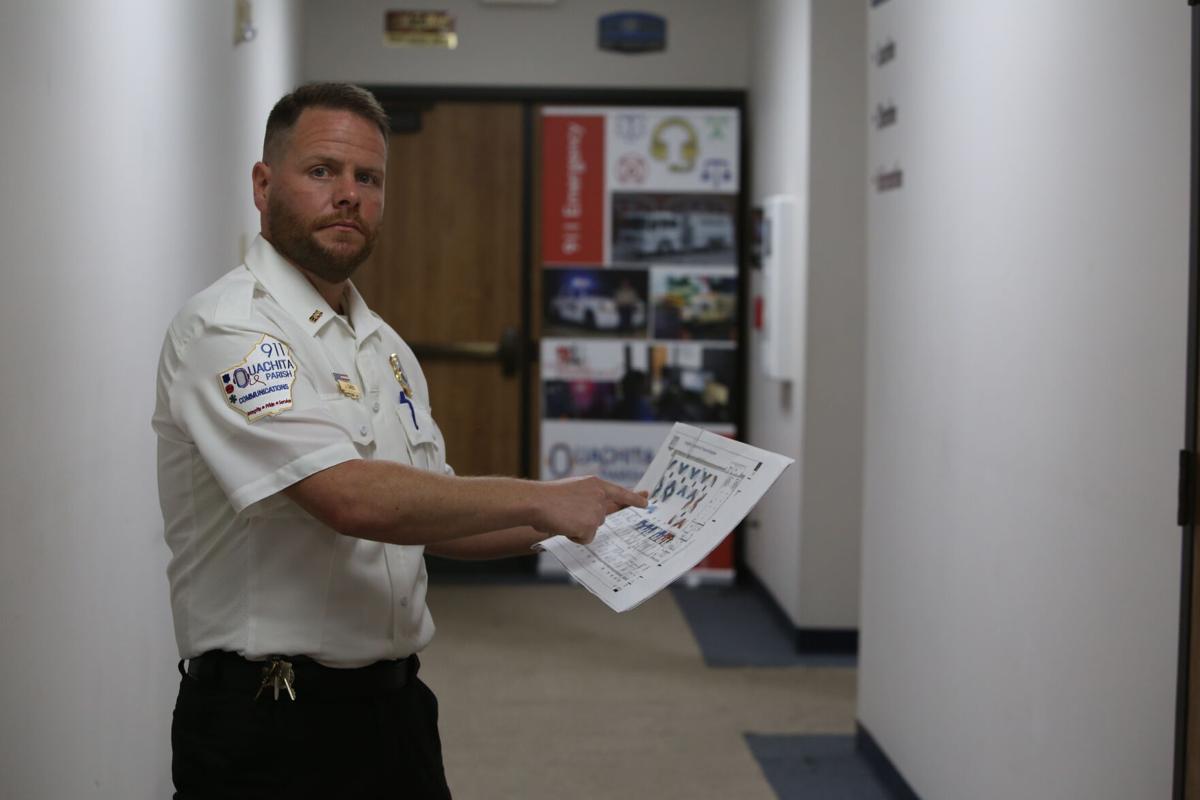 West Monroe police officer Brittany LeJeune takes a phone call to the police department, speaking through a headset while facing four computer screens stacked like a wall above her.

Sitting behind her in the same room, two 911 dispatchers receive emergency calls for a fire and a stabbing at Parkview Apartments in Monroe.

Now, LeJeune’s desk is no longer at the West Monroe Police Station on North 7th Street but at the Ouachita Parish 911 Communications Center in southern West Monroe. If a 911 dispatcher receives an emergency call about an incident in West Monroe, they can speak with a West Monroe police officer a few feet behind them instead of taking additional steps to mount a response.

“When I’m here, if I hear something about West Monroe, I can get my guy from the station down there just like that while the 911 dispatcher is still on the call,” said Matt Gillem, a West Monroe police communications supervisor who works at the 911 Center.

Law enforcement refer to this collaborative program as “co-location,” meaning that a law enforcement agency houses its dispatchers in the same room or facility as 911 dispatchers to improve response times and reduce costs. For example, the costs are computers and radios and other equipment are paid for through the 911 Communications budget, alleviating the financial burden on a police or fire department.

Currently, West Monroe police is the only agency in Ouachita Parish that has taken advantage of the co-location program, though area officials have expressed hope that other agencies would consider participating.

“The co-location program is more efficient,” Terrell said. “Instead of having equipment spread out across the parish, we have it in one location. It saves cutline pleasemoney. The 911 center also has dedicated trainers that have also been able to teach our dispatchers. So now, our dispatchers are certified.”

According to Terrell, the co-location program smoothed the relationship between dispatchers, too.

“Our dispatchers have gotten to know the 911 operators. Before, when our dispatchers were at the station, nobody knew each other,” Terrell said. “There might be some trust issues. But when you’re working side-by-side, you learn from each other.”

Next month, the Ouachita Parish Police Jury is expected to consider plans to expand the current 911 Communications Center to accommodate dispatchers from other first responder agencies besides West Monroe police. The project has been on the books for several years.

“If a larger facility is something we believe will benefit everyone, to have all those agencies’ dispatchers under one roof and improve our response times and assist with cost-sharing, then we will definitely entertain that proposal,” said Police Jury President Shane Smiley.

The cost of such an expansion was unknown at this time since the plans for an expanded facility are still under review. Talks as of last week included expanding the current center by 9,000 square feet.

“The building they’re in right now, it was designed to be expanded,” Terrell said. We hope to do that next year. What we’ll be doing over the next few months is getting all our parties down there to see how much space we need.”

Though they might work at the 911 center, each law enforcement’s dispatchers are focused on answering their agency’s calls first, Gabb said.