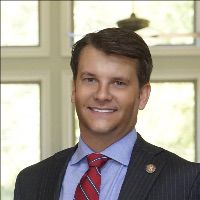 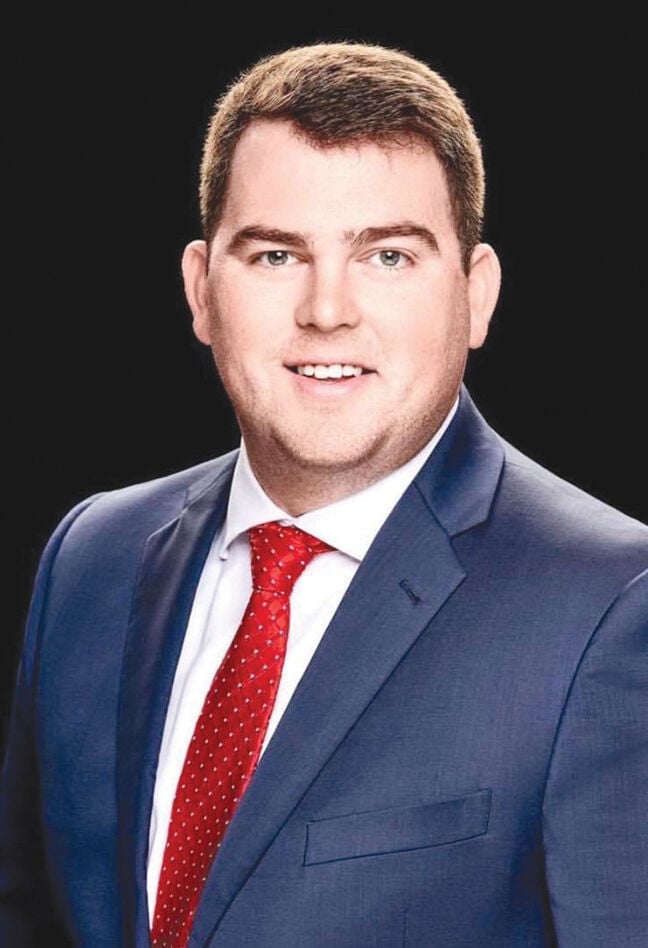 After previously deciding not to name names, Ouachita Parish Police Juror Scotty Robinson last week claimed an area bank president and pastor reached out to him on behalf of 5th District congressional candidate Luke Letlow’s campaign to lure him into exiting the congressional race.

Robinson made those claims in a letter he says was mailed as a formal complaint to the Federal Election Commission, a government agency tasked with enforcing federal campaign finance laws.

Robinson, a Republican from West Monroe, and Letlow, a Republican from Start, are among nine candidates in the race to succeed Congressman Ralph Abraham, who chose not to seek re-election. Letlow served as Abraham’s chief of staff for nearly six years.

As reported earlier this month, Robinson published a video on Facebook claiming Letlow’s campaign was trying to “buy him out” of the race. At the time, Robinson declined to identify two of the three people who allegedly reached out to him on Letlow’s behalf. The third person, Heath Hattaway, a Ruston attorney, told this newspaper that he reached out to Robinson in June 2019, at Letlow’s urging, to offer the police juror a job with the state if he would stay out of the race.

In this newspaper’s Sept. 9 news report, Letlow’s campaign denied the allegations Robinson stated in his video as well as the account given by Hattaway. In a statement on Sept. 17, Letlow told KNOE TV8 News the allegations were “categorically baseless and slanderous.” Letlow hinted his campaign might take “legal action” against Robinson if the police juror persisted in claiming he was being enticed to drop out of the race.

In his letter to the FEC last week, Robinson identified the two people he said had conveyed offers from Letlow to reward Robinson if he were to exit the race: Bill Hogan, president at Century Next Bank and a Letlow campaign donor, and Monroe Pastor Tommy Lester, who is one of Robinson’s supporters.

Robinson provided The Ouachita Citizen with a copy of his letter as well as screenshots of his text message conversations with Hogan and Lester.

Robinson’s political campaign account is held at Century Next Bank. Robinson claimed Hogan first spoke with him on Sept. 1 and referred to state Rep. Lance Harris, of Alexandria, who is one of the other major Republican candidates in the congressional race.

“[Hogan] told me that I could tell people that I have work to do locally (mostly recovery from Hurricane Laura),” Robinson wrote. “He said I would ‘make big donors’ happy, and they would not forget me stepping aside. He said that their worry is that Letlow and I will pull too many votes from each other and would let the candidate Lance Harris from central Louisiana win the race.”

Robinson said he told Hogan he was ready for the election in November.

“His response was, ‘I would almost personally guarantee you that I, other donors, and the Letlow campaign would easily be able to raise $60k, $70k, or even $80k to help pay off any expenses or debt,’” Robinson wrote.

In response to news about Robinson’s complaint, Letlow’s campaign provided a statement to The Ouachita Citizen on Tuesday.

“I’ve addressed this false attack, and the accusations being carelessly leveled by Scotty are categorically baseless and slanderous as he is well aware,” Letlow stated. “Instead of cheap political stunts, voters of the 5th Congressional District deserve an honest race and to discuss the real issues affecting Louisianians, which is what I will continue to do.”

The copy of Robinson’s letter provided to The Ouachita Citizen had neither a date, address or evidence of a notary stamp, as required by the FEC. Robinson told the newspaper earlier this week that he had the letter properly notarized before he sent it to the FEC.

Under federal law, all FEC enforcement matters remain confidential until they are resolved or closed.

According to Robinson, Hogan told him that political consultant Adam Terry and Letlow had discussed paying any of Robinson’s debts if he would exit the race. Terry previously served as chief of staff for former 5th District congressmen Rodney Alexander and Vance McAllister.

“Bill Hogan tells me that Mr. Terry called Luke Letlow, and he would absolutely be interested in me backing out of the race, paying any debts I have, and my endorsement followed by showing him around Ouachita Parish to get votes,” Robinson wrote.

Robinson claimed Hogan also offered to secure a job for Robinson, paying anywhere from $50,000 to $100,000 a year if Letlow won the race.

According to Robinson, he believed Hogan’s first call was an “overzealous” attempt to help Letlow’s campaign but Hogan’s reference to Terry, a known political consultant and chief of staff, made him realize “it was more than that.”

A screenshot of Hogan’s text messages on Sept. 4 show he wrote, “If you decide to move forward Adam suggests an in person meeting to work out details and solidify commitments. I’m not pushing and just want what’s best for all concerned.”

Terry was unavailable for a comment before The Ouachita Citizen went to press Tuesday evening.

Robinson claimed a local minister reached out to him on Sept. 5 with a message to relay from the Letlow campaign. Robinson identified the minister as Lester, who is the pastor at Auburn Avenue Church in Monroe’s Garden District.

As shown in a screenshot, Lester and Robinson’s text message conversation is reprinted below.

“Talked to someone from the Luke campaign the other day. He knows I’m in your corner he said he would pay all your expenses if you drop out and [endorse] him. He was sure you would be offended. I just thought I’d pass it along,” Lester said.

“I’m aware. That offer has already been extended this last week,” Robinson said.

“I think they wanted me to work on you. But I said I wouldn’t get involved and then I thought about it and just thought I’d pass it along,” Lester said.

When he published his video to Facebook claiming the Letlow campaign was trying to buy him out of the race, Robinson did not mention Hogan or Lester’s names.

“When I received another ‘offer’ from whomever contacted Mr. Lester, I decided I needed to alert the FEC,” Robinson wrote.

Earlier this week, Lester told The Ouachita Citizen he could not disclose the name of the person he spoke with because such a disclosure would violate his ethical standards as a pastor.

According to Lester, he initially considered ignoring the message and recommended the Letlow campaign not pursue making such an offer to Robinson because it might backfire. A few days later, Lester said he decided it was best he informed Robinson of what Letlow’s campaign had said.

“It’s unfortunate it has come to this,” Lester added.

After he published the video on Facebook, Robinson sent a text message to Hogan to confirm he would not exit the race.

A screenshot of their text message shows Hogan’s reply.

“I admire you and apologize if I created a situation that was uncalled for,” Hogan said. “The only person that I talked to was Adam and he said that the only person he was going to talk to was Luke to see if he would do right. You will fight like hell and appreciate that!”

“It might be beneficial for us to agree on what was said in our conversations last week,” he added.

Robinson said he declined to speak with Hogan after receiving that message.

“I have not talked to him and certainly would not call him back to ‘agree on what was said,’” Robinson wrote. “I have nothing to hide.”

Games canceled: WO/Ouachita is off, Wossman pulls out of Karr game

The Ouachita Parish School Board secured a historically low interest rate of 2.48 percent on… Read more

Six-vehicle crash on I-20 results in two deaths, several injuries

Georgiann Potts: A book is a gift you can open again and again

Writer’s Note: Not so long ago as we struggled with the pandemic chaos, one of my columns wa… Read more

Louisiana taxpayers will save some $43.2 million in interest from refinancing the state’s ge… Read more