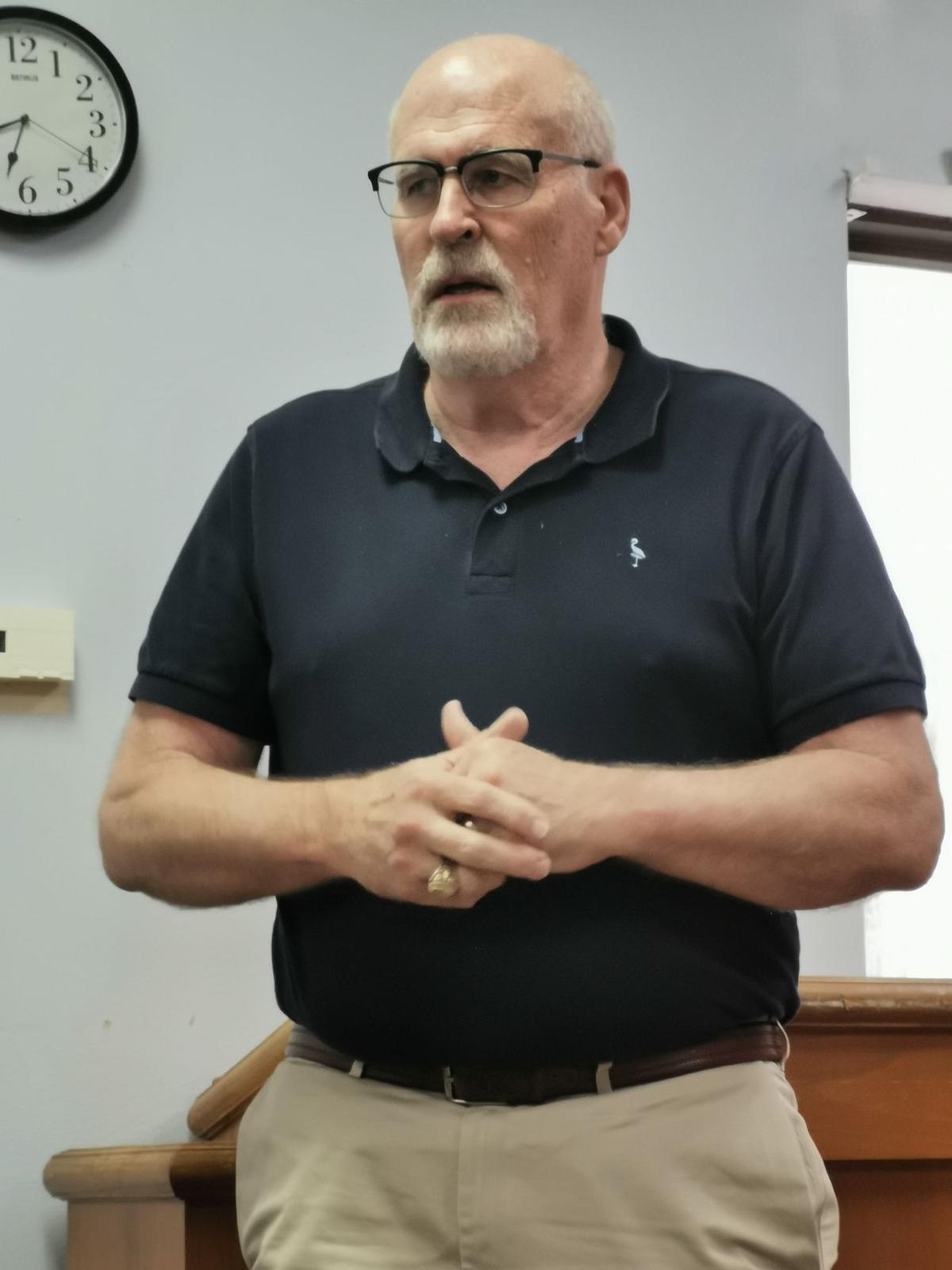 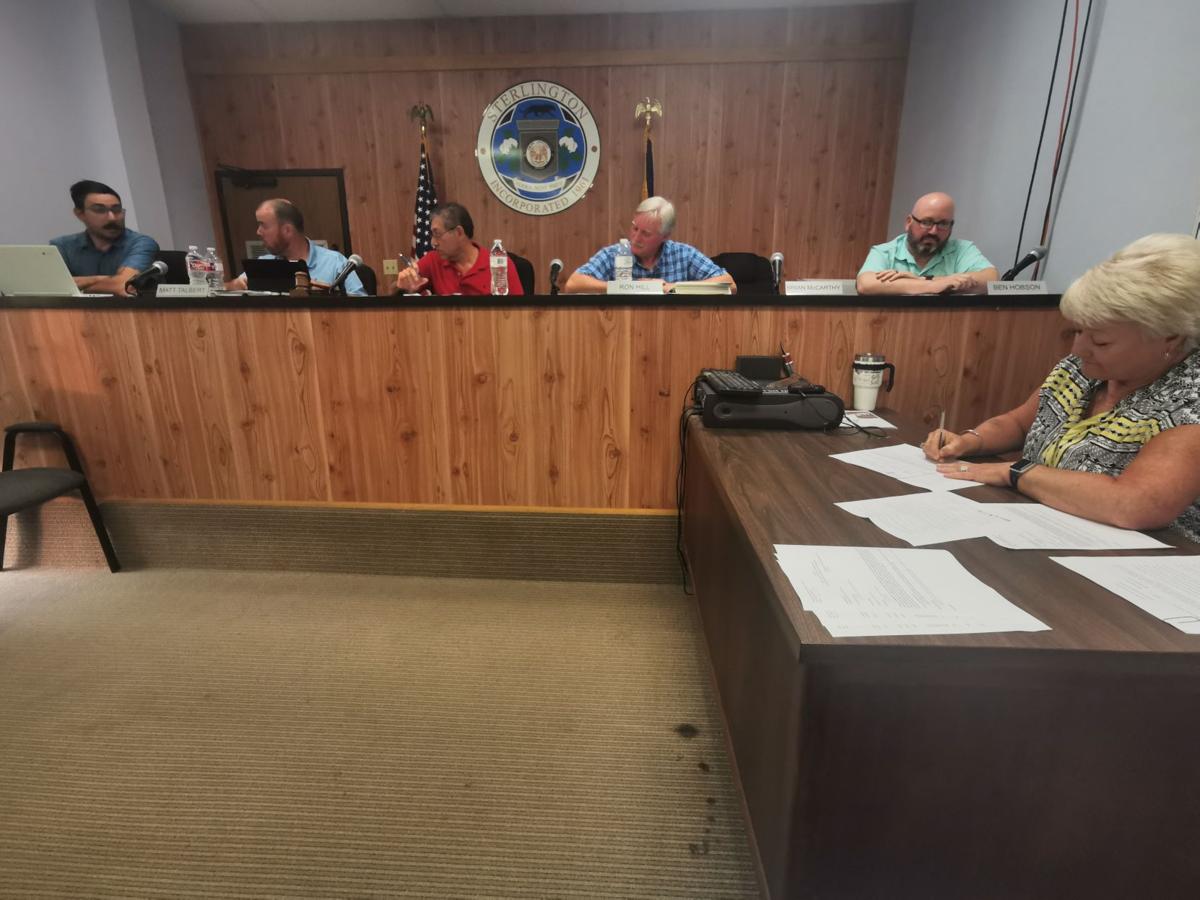 The Sterlington Town Council took the initial step earlier this week to raise sewer rates by $20 to $30 a month for most customers as part of an effort to pay down the town’s debt.

As previously reported, Sterlington currently is under the authority of a fiscal administrator, because the town racked up some $20 million in debt and has repeatedly missed debt service payments. The state appointed I.M. “Junior” Shelton Jr. to serve as the town’s fiscal administrator because state officials doubted Sterlington could remain a going concern.

Under a fiscal administrator, Mayor Caesar Velasquez and the members of the Town Council act in an advisory capacity only.

When asked about who proposed raising sewer rates again, Shelton said the move was a collaborative effort with town officials.

According to Shelton, the Town Council’s first package of sewer rate hikes in June was not high enough to cover the cost of operating the sewer system and paying back the town’s debt to state Department of Environmental Quality. Some Town Council members expressed similar opinions at the time.

When asked about the proposed sewer rates, Velasquez told The Ouachita Citizen that there were few options available to Sterlington as the town sought to become solvent.

“The fiscal administrator is tasked with making the decisions to make the town solvent,” Velasquez said.

“It’s a life-or-death situation for Sterlington at this time.”

Monthly user fees for residential sewer II (apartments) would increase from $38 a month to $68 a month for up to 4,000 gallons usage.

Before the Town Council voted to introduce the proposed ordinance raising sewer rates, Town Council member Ron Hill leveled a number of objections to the proposal.

For several years, Sterlington has operated its sewer system with a deficit of more than $550,000 a year. According to Hill, town officials originally expected the town to grow enough that more and more sewer system users would help pay down the sewer system’s debt.

“No time in the 10 years since we started the indebtedness for the sewer did we ever expect the sewer revenues to retire that debt,” Hill said.

“If this passes, we will have doubled the sewer rates from last year, which is not a comfortable thing.”

“We didn’t expect it to pay for itself,” he added.

Three people attending the meeting voiced their frustration with the possibility of more rising sewer rates.

“What are they going to do when people start moving out?” said one concerned citizen.

In response to some of the comments made by citizens, Hill acknowledged the outcry against the proposed sewer rates could be overwhelming.

“If we have this hearing, I’m thinking we’re going to have to have it outside,” he said.

Town Council member Matt Talbert, who has argued the sewer rates needed to cover the cost of debt service, directed Hill’s attention to the problem of debt.

“When you take out a loan, you got to pay for it,” Talbert said.

Initially, Hill abstained from voting on the ordinance but later changed his vote to “aye.”

Town Council member Ben Hobson voted against the ordinance, resulting in a 3-1 vote.

From boxing video games to actually living out his dream in a boxing ring, Ja’Mykle Wade is … Read more

Ouachita rallies in second half to sweep West Monroe in district

Farmers at the Northeast Louisiana Rice Forum on Feb. 4 heard about the benefits and challen… Read more

The dream season is complete for Ouachita Christian… for the regular season. Read more

No. 7 Ouachita edges No. 10 West Ouachita in soccer playoff matchup

Governor sues state treasurer over the use of unclaimed money

As a sophomore at Wossman, Maurice Pollard envisioned returning to his alma mater as head fo… Read more

Writer’s Note: I don’t know about you, but I grow weary of the seemingly endless media (trad… Read more

Sam Hanna Jr.: Argument over nothing

The Republican leadership in the Legislature and Democrat Gov. John Bel Edwards are at odds … Read more

G.B. Cooley Services has failed to answer questions about how the organization will protect … Read more