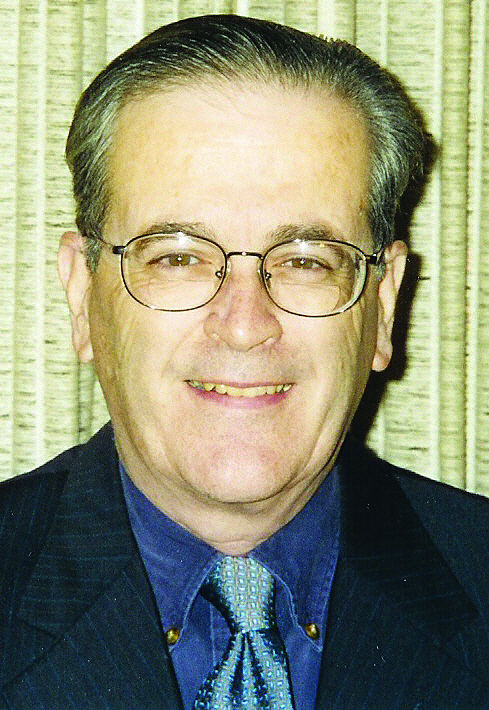 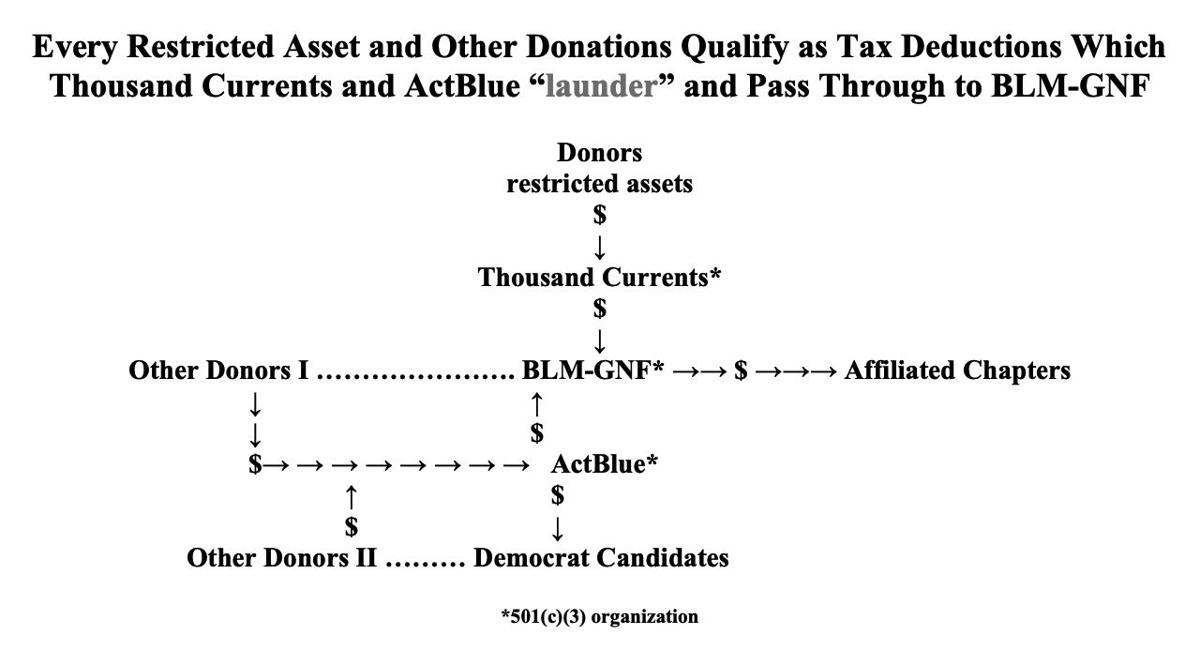 Black Lives Matter Global Network Foundation (BLM-GNF) was established in 2013 and operates as a 501(c)(3)organization.

In 2016 the foundation entered into a fiscal sponsorship agreement to pay Thousand Currents, also a 501(c)(3) organization, to provide support for BLM-GNF’s finances, accounting, grants management, insurance, and human resources. Thousand Currents applauds those who agree that “capitalism has failed and market-based solutions are not viable.” Convicted felon Susan Rosenberg holds a seat on its board of directors. Included among Thousand Current’s donors are Apple, Oracle, Chevron, MacArthur Foundation, JP Morgan Chase, and NoVo Foundation. In 2016-2017 Warren Buffet donated $322 million in shares of stock to NoVo Foundation.

The following identifies the founders of BLM-GNF and its core values.

Mission. “To eradicate White supremacy and build power to intervene in violence inflicted on Black communities by the state and vigilantes through its educational and charitable activities.”

Inherent Right. “We have an inherent right to access healing and be free of institutions and systems that explicitly harm and undermine our capacity to live our full humanity, connection, and purpose.”

Promise. “Our fight for liberty, justice, and freedom continues. Together we can – and will – transform. This is the revolution. Change is coming.”

Financial Support. In 2020 BLM-GNF announced that $6.5 million had been received from donors to “support grassroots organizing work … Starting July 1, 2020, affiliated chapters may apply for unrestricted grant funding of up to $500,000 in multi-year grants.” According to its independent auditor’s FY 2019 report, Thousand Currents released $1.8 million in donor-restricted assets to BLM-GNF. This restricted-assets arrangement affords any donor to Thousand Currents some measure of plausible deniability regarding donations designated for BLM-GNF.

In 2016 the Ford foundation promised to “provide long-term support to the Movement for Black Lives … maintain a movement of young black women and men who …seek to realize the promise of equality and justice for all. That is what democracy needs to function…”   Also in 2016 W.K. Kellogg Foundation announced a $900,000 grant to Thousand Currents citing the need to back efforts by #BlackLivesMatter “… to support and strengthen their local chapters’ organizing capacity.”

What We Need. “Our communities are underemployed. We overwhelmingly lack adequate, accessible safe housing. We do not receive sufficient resources for education and other social services. … Black women have alarmingly high maternal mortality and morbidity rates … our communities continue to suffer from high rates of diabetes and other preventable diseases.”

What We Reject. “We disrespect the Western-prescribed nuclear family structure.”

Rapid Response Action. “BLM Minneapolis is gearing up for a week of action this week as Super Bowl LII [2018] comes to town … Funds are being raised for rapid response action, please give to continue this kind of work.”

Chief Antagonist. “BLM continues to respond with massive mobilizations and in mainstream media to state-sanctioned violence and the current Trump administration, which is a threat to Black lives everywhere and targets our very existence.”  “We are witnessing a rise of conservatism that has resulted in a fascist president.” “Like a Nazi trying to hide a neck tattoo, Trump shows his true colors whenever he shifts aimlessly from empty platitudes to veiled threat.”

Sources. All of the information reported above, in quotation marks or not, is taken from the website of Thousand Currents and its independent auditor’ report, Novo Foundation Form 990-PF, and the websites of BLM-GNF, Ford Foundation, and W.K. Kellogg Foundation. Comments follow.

As a tax-exempt organization BLM-GNF is in violation of the provision that a 501(c)(3) organization may not engage directly or indirectly “in any political campaign on behalf of or in opposition to any candidate for elective public office.” Calling President Trump a threat to Black lives everywhere, a fascist, and a Nazi ought to suffice to prove that allegation. It’s time for the IRS to intervene.

The California attorney general, a Democrat, has issued a cease and desist order against BLM-GNF. As a consequence access to its financials, including the names of donors, through Charity Navigator is blocked.

The BLM-GNF website directs all donors to ActBlue, another 501(c)(3) organization. ActBlue builds tools to help Democrat candidates operate their small-dollar fundraising programs. Only a thorough independent audit of ActBlue will tell us who in the end actually receives those donations.

Thousand Currents director Susan Rosenberg was implicated in the 1983 bombing of the U.S. Capitol Building but the charges were dropped as part of a plea deal. In 1984 she was sentenced to 58 years in prison for handling 740 pounds of dynamite and weapons. On his last day in office, President Bill Clinton commuted her sentence.

The very simplified schematic (shown with this article) shows how tax-deductible monies flow from wealthy foundations, corporations, and other donors into the hands of the 13 chapters of BLM-GNF across the country.

BLM-GNF shames white Americans into supporting the black lives matter movement by holding them accountable for the historic victimization of black Americans. BLM-GNF squeezes funds from corporations and foundations at the same time it condemns capitalism and market-based solutions. BLM-GNF viciously attacks President Trump hoping that Joe Biden will win in November and the Democrats will back their revolutionary schemes. BLM-GNF is determined to re-imagine America so that it looks less like the republic of free men and women conceived by John Adams and Thomas Jefferson and more like the Marxist state of compliant citizens forged by Fidel Castro and Che Guevara.

Edward J. O’Boyle is a Senior Research Associate with Mayo Research Institute. He has offices in West Monroe, Lake Charles and New Orleans. He can be reached at 381-4002 or edoboyle737@gmail.com.

Submit a Letter to the Editor