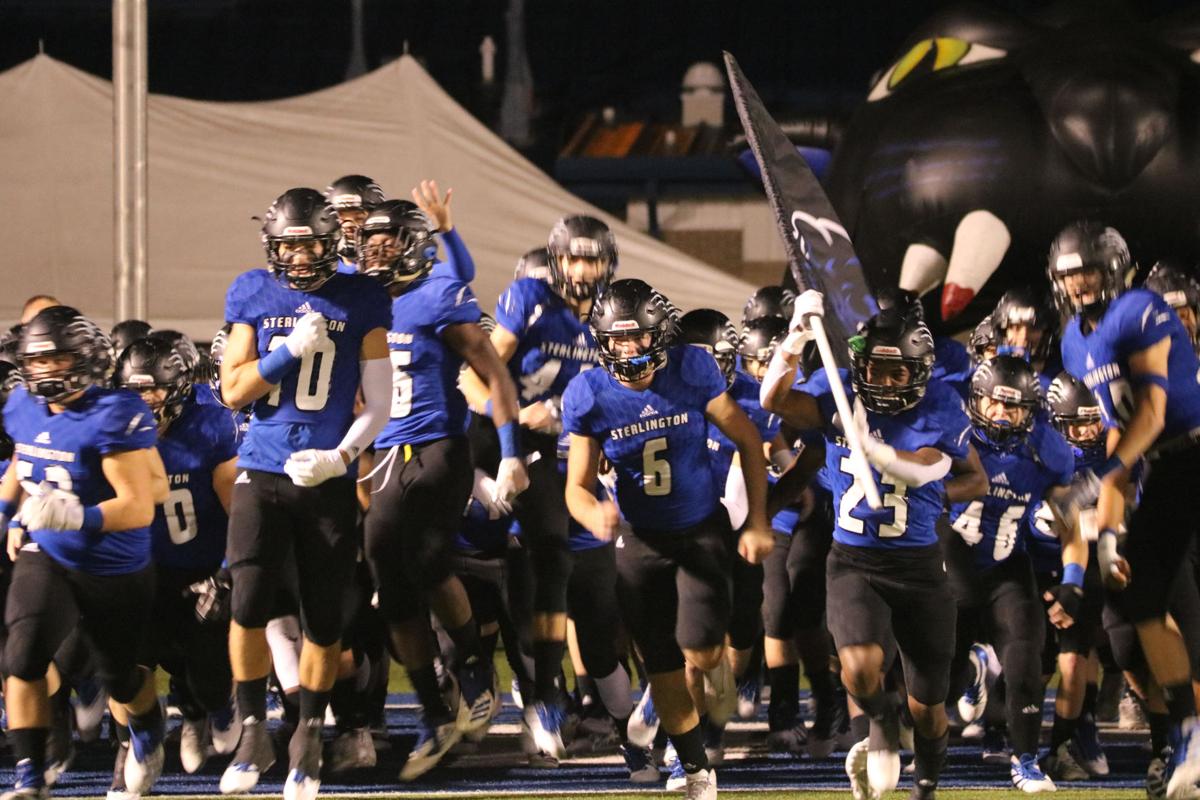 Dorian Eddins (23 holding flag) and the Sterlington Panthers travel to Jennings Friday night for the Class 3A quarterfinals. (Photo by Mildred Lucius) 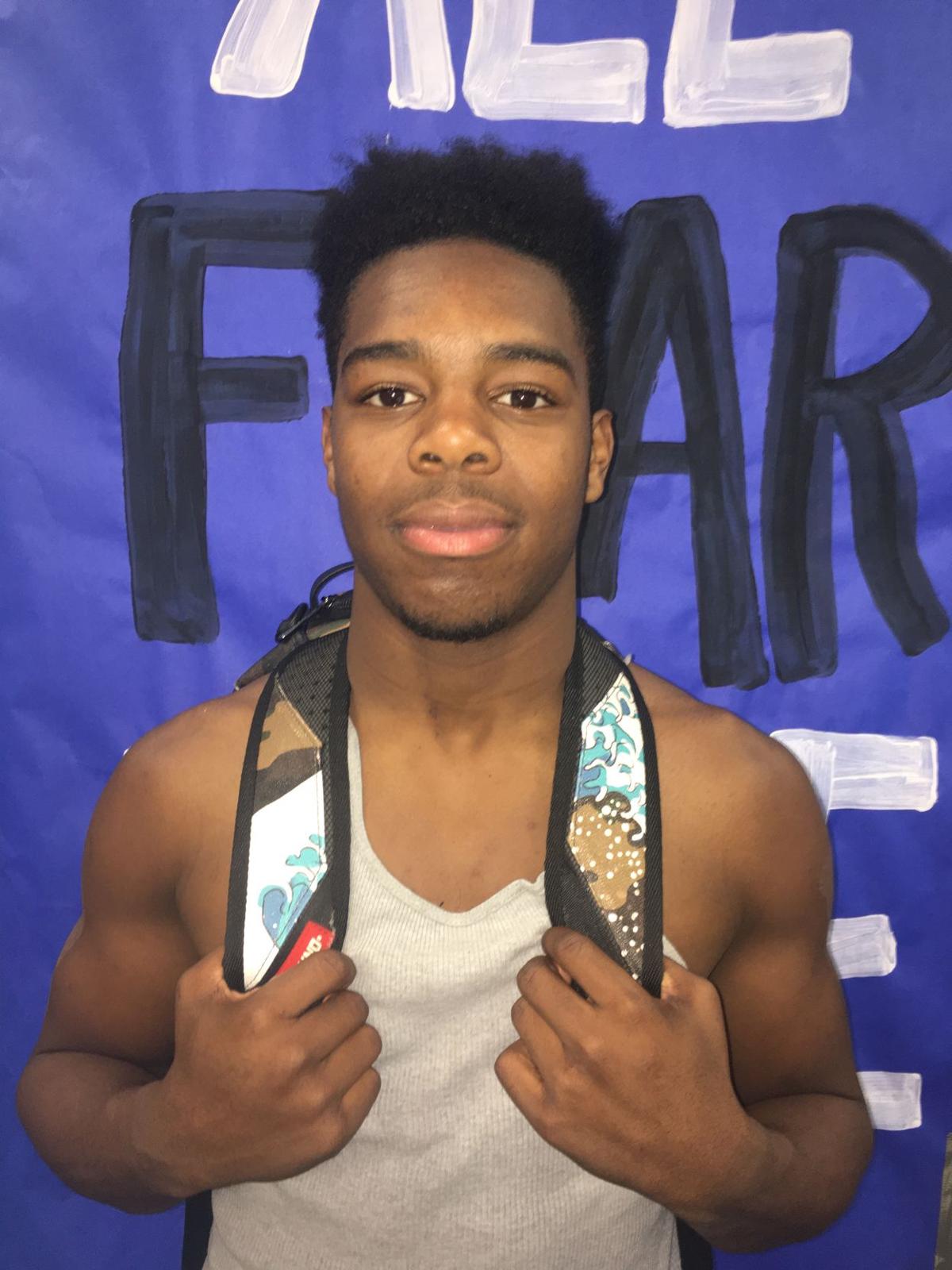 Dorian Eddins (23 holding flag) and the Sterlington Panthers travel to Jennings Friday night for the Class 3A quarterfinals. (Photo by Mildred Lucius)

Christmas is the most wonderful time of the year for some, but Thanksgiving holds a special place in the heart of Dorian Eddins. Of course, it doesn’t hurt that Sterlington’s senior free safety is practicing football over the Thanksgiving break for the fourth straight year.

“I thank God for this team, and that we were able to make it this far. We hope to make it even farther.”

Sterlington (11-0) will travel to Jennings (7-5) Friday night for a Class 3A quarterfinal matchup.

A fixture in the Panthers’ secondary for the past four years, Eddins is coming off of a big game even by his lofty standards. In Friday night’s 35-24victory over Kaplan, he logged nine tackles and two interceptions.

“It was a great night not just for me, but for the whole defense,” Eddins said.

Sterlington coach Lee Doty has become accustomed to such performances from Eddins.

“Dorian has been All-District three years in a row,” Doty said. “He’s the quarterback of our defense, and really been for the last two years. Dorian’s had a great year and a great career. He’s a football player.

Doty is even more impressed by the way Eddins carries himself off the field than on.

“Dorian has a great attitude,” Doty said. “Watching him in school, I’ve seen how he treats others, especially some of the kids who may not be real popular. He’s not just a good football player, he’s a good guy, who makes everybody feel good about themselves. He has friends outside the team. We are going to miss him when he’s gone — not just as a football player, but as a person.”

Eddins’ first pick came at a point when the Pirates were having their way. With the Panthers down 12-0 early in the second quarter, he cradled a tipped pass off a receiver on the Kaplan sideline.

“The pass was too high for the receiver, and he jumped up and tipped it in the air, and I caught it,” Eddins said. “I couldn’t stop on a dime, so I just ran out of bounds.”

Sterlington’s first three drives resulted in a punt from their own 11 on fourth-and-35, a scoop and score by the Pirates, and a three and out. Taking over at the Kaplan 31 after the turnover, the offense came to life, and cut the deficit to 12-7 four plays later.

“I thought it was a big momentum changer,” Eddins said of his first pick. “They had been driving down the field on us, and our offense went down and scored. I’m glad I could do something to give us a spark.”

Eddins converted back to a wide receiver for his second pick with an over-the-shoulder catch on a deep ball early in the fourth quarter.

“I saw the tight end dump coming,” Eddins said. “When the tight end released, I knew the ball was going deep. When I saw it was overthrown, I started tracking the ball. When I looked back, the ball fell right in my hands.”

Eddins began his varsity career as a slot receiver, but was moved to cornerback three games into his freshman season. He has spent the past two years at free safety.

During his first three years with the Panthers, Eddins patrolled the secondary along with his brother Trey Eddins, who now plays for Mississippi Delta Community College.

“It’s been kind of different not having Trey on the field,” Eddins said.

Doty expects the 5-8, 155-pound Dorian Eddins to play beyond high school as well.

Dorian has carried the Eddins banner just fine as a freshman, recording 75 tackles, a team-high five interceptions, three tackles for loss, three fumble recoveries and a forced fumble. His career numbers include 12 interceptions and 218 tackles.

Eddins has taken on more of the intangible responsibilities for the Panthers this season. Between graduation and an early-season injury to safety Reece Brooks, Eddins was left as the only holdover in the secondary.

“Being a four-year starter and the only returning starter, I had to play a big role in leading our young secondary, and teaching them the coverages,” Eddins said. “Coach Doty told me one day over the summer, ‘We really need you to be a leader on defense.’ I remember sitting in my room that night, and I couldn’t get his words off my mind. I made up my mind that I was going to play that role.”

Sterlington began the season with more questions than answers on defense, particularly in the secondary.

“We had two new cornerbacks. Cole Thompson was a first-year starter, and Jaden Davis came over from Bastrop,” Eddins said. “Colin Foy stepped in at linebacker. Seth Temple was going to be playing more at linebacker. Our whole defensive line was new. The whole defense was basically new except for me, Cole Jones and Parker Coley.”

Safety was projected to be the strength of the defense until Brooks sustained a freak injury during a preseason non-contact drill. That’s when Harrison Womack, who saved Sterlington’s 4-2win over South Beauregard in the state championship baseball game in May, was transferred from wide receiver. Like Eddins, Womack was a natural in the secondary. The catch was Womack was a newcomer to the football team.

“Harrison has been a player from the get-go,” Eddins said. “He stepped right in when Reece down. Harrison’s a baseball player. For his first year in high school football, he’s been amazing. He has played to expectations that I just didn’t see. It’s been special to watch.”

With three picks in two playoff games — two in a 37-36 overtime victory over Crowley and one vs. Kaplan — Womack is pushing Eddins for the team lead in interceptions (Eddins holds a 5-4 edge in the friendly competition).

“Harrison tied me after the Crowley game, so I had to come back and take the lead,” Eddins joked. “He’s a sure tackler back there, and I can count on him to go get a ball in the air.”

Eddins says there is nothing complicated about the growth of Sterlington’s defense this season.

“As long as everybody plays their position, plays the right cards, does their job and listens to the coaches, we are going to be successful,” Eddins said. “Last week, our mindset was, ‘We are going to do everything we can to win this game.’ We focused every day at practice, and did not take one snap off. We have to do the same thing this week.”

It’s the same way Eddins has prepared for the past four years.