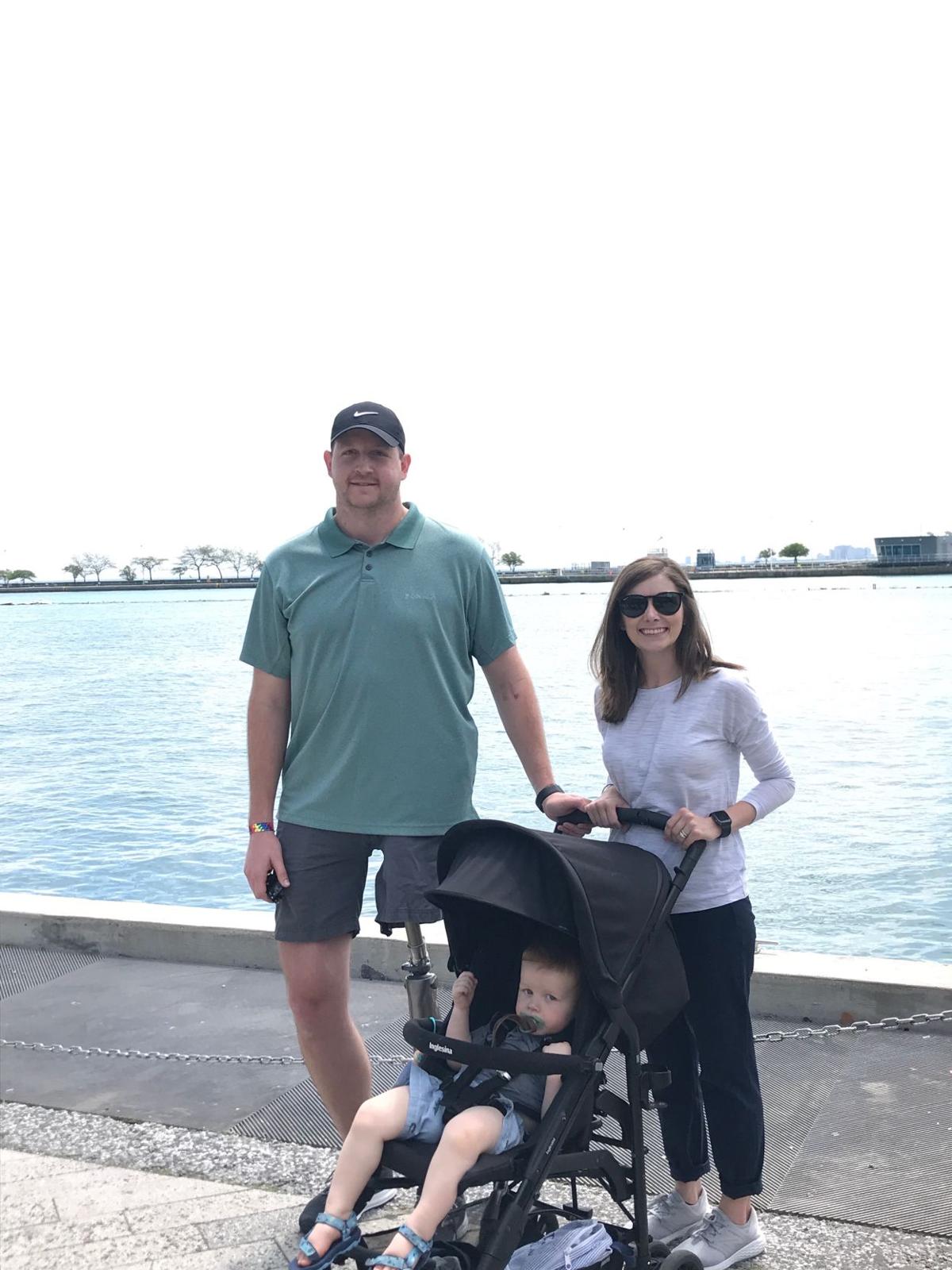 Matt Branch, pictured with wife Liana and son Barrett, lost his left leg in a Dec. 28 hunting accident. The Sterlington High and LSU graduate reports that he has resumed his normal activities. 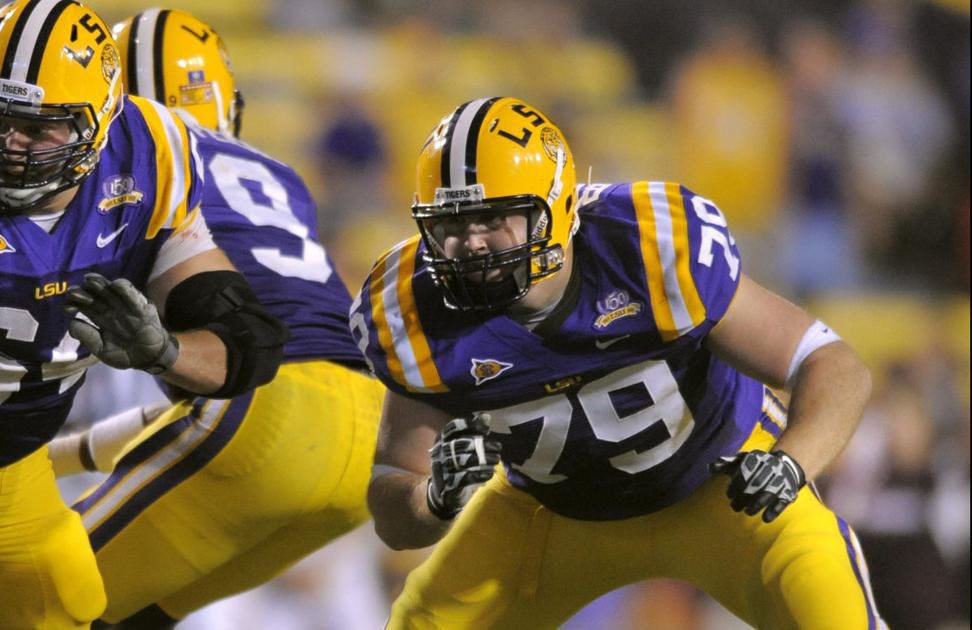 Matt Branch, pictured with wife Liana and son Barrett, lost his left leg in a Dec. 28 hunting accident. The Sterlington High and LSU graduate reports that he has resumed his normal activities.

Well on the road to recovery from a freak hunting accident, Matt Branch couldn’t be happier to be getting back to the new normal.

His life was altered in a Dec. 28, 2018 duck hunting trip to Eagle Lake, Miss. when a dog stepped on a gun, triggering the shot which led to the amputation of his left leg.

The former LSU and Sterlington football player would spend the next 25 days in ICU and a total of 43 days at the University of Mississippi Medical Center in Jackson, followed by a two-week stay a building over at the Methodist Rehabilitation Center. In all, he was hospitalized for 57 days and underwent a dozen surgeries.

By the time the calamity was over, the 30-year-old had his entire left leg removed, along with his hip. He required 300-plus units of blood — enough for about 40 people to live on.

Branch is grateful to be back home in Monroe with his wife, Liana, and 1-year-old son Barrett. As the interview for this story drew to a close, Branch emphasized his appreciation to the countless people who offered their support throughout the ordeal.

“I just want to say thank you to everybody who pitched in,” Branch said. “People were super generous. Tons of people came by to see what they could do. So many people donated money, donated blocd, brought food and came by to visit, and so many people said prayers to lift us up. The support was great from the community. It would be impossible to thank them all individually, so I would like to say thank you on behalf of Liana, Barrett and myself.”

Branch wasn’t the only beneficiary of the blood donations.

“I believe I set the record for LifeShare for the most blood donated in one person’s name for Louisiana,” Branch said. “Over 500 pints of blood were donated in my name. That was a big deal for LifeShare.”

A GoFundMe account was set up to assist with the staggering costs.

“I want to say the GoFundMe account raised around $93,000, which helped with the hospital bills,” Branch said.

“Prosthetic legs aren’t cheap and they wear out every five years,” Branch said.

Visits from family and friends carried Branch through those long days in the hospital.

“A hospital is not an easy place to be. So many people are in and out of your room, you don’t get any rest. I had so many wires and tubes running in and out of me. It was miserable,” Branch said. “All of my visitors kept me from getting down and made the days go by faster.”

Branch has spent the past month getting accustomed to his artificial leg.

“The worst part about the leg is the way it rubs against your body,” Branch said. “It’s not super comfortable to wear, but that’s with any prosthetic.”

“It definitely works like it’s supposed to,” he said.

“Only three percent of amputations are at the hip,” Branch said. “It’s very difficult to get a comfortable prosthetic. Basically, I have to wear it like a pair of pants and strap it on like a belt. It’s very stiff.

“Take a five gallon bucket, split it in half vertically and sit on a bucket — that’s kind of how it’s set up.”

Branch has reduced his therapy sessions to about twice a month, but works out regularly on his own at the Monroe Athletic Club.

“I mainly go to rehab to stay in touch with my physical therapist,” Branch said. “The MAC has a lot of different equipment where I can mix it up and do different things.”

Branch returned to his job as a sales rep for Corteva AgriScience on April 10.

“It was great to get some normalcy back in my life,” Branch said.

Branch says the harrowing experience has given him a new perspective on life.

“Pre-accident, it was all about work, home, bills and all that stuff,” Branch said. “You get sucked into all that and start feeling overwhelmed.

“It’s like looking at life through a different lens now. I feel like everything is going to be all right. I dwell more on the big picture. I’m not so much worried about the small things anymore. I’m more focused on spending time with family and friends, and things that are more in my control.”

The accident hasn’t deterred Branch’s love for the outdoors. In fact, he recently returned from a successful turkey hunting trip to Texas. He also lists fishing, playing golf and archery among his hobbies.

While he plans to continue hunting, it’s probably not going to be as often.

Branch has been able to return to his normal life. He just doesn’t move quite as fast as he once did.

Barrett Branch is too young to remember the time when his dad was fighting for his life.

“Barrett is only going to know me with one leg,” Branch said.

One day, Barrett will be able to brag to his friends about how his dad played football for LSU.

Redshirted in 2008 as a true freshman, Branch earned two letters while playing in 28 games as an offensive guard/tight endfor the Tigers. He took a medical redshirt in 2012 while completing his business degree.

Branch lived in Rayville where he attended Riverfield Academy prior to transferring to Sterlington as a sophomore. Playing for coaches Dell Ashley and Mike Collins, he was a two-time All-State tight end and an Academic All-State selection. A three-sport athlete, he also played baseball and competed in track and field for the Panthers.

“I haven’t been to Baton Rouge for a game in probably two years, but I don’t miss a game on TV,” said Branch, who played at LSU during the Les Miles era. “It’s just so much easier to sit around the house, watch the game and maybe cook a steak, especially since I lost my leg.”

While in the hospital, Branch received a letter of encouragement from LSU coach Ed Orgeron.

“I haven’t been to any games lately, but I always check to see how they are doing,” Branch said. “The program has been doing really good the last few years.”

As for his everyday life, Branch is gradually putting the traumatic experience behind him.

“Things are going good,” Branch said. “I’m just glad to be here because I was very close to not being here. I’m looking forward to watching my son grow up and living a happy life with my wife. Every day is a blessing.”

Branch hopes others will be uplifted by his experience.

“I hope I can be an inspiration to others,” Branch said. “Everybody goes through struggles — some more than others. But as long as you put your faith in God and do your part, you can make a better life for yourself down the road.”

Branch should know. After all, he just won the fight for his life.

Jeremy Alford: What we’ve learned about the Legislature

Arrests made in Delhi man’s death

In Shreveport, “Black Lives Matters” has found its economic blackshirts with their blacklist. Read more

American companies are in a frenzy to get ahead of the current moment of woke moral panic. T… Read more