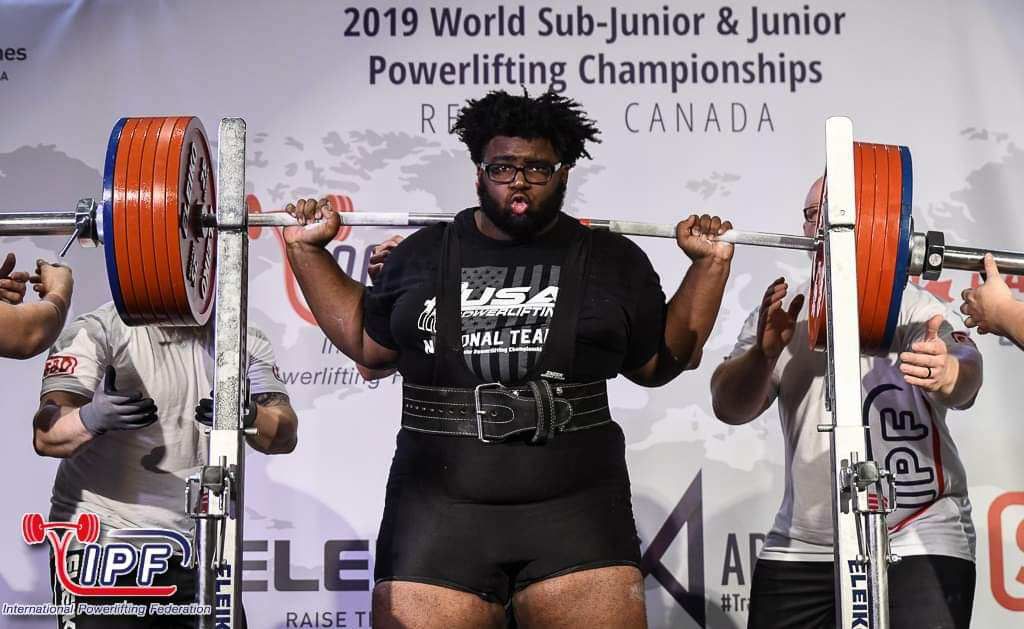 Rayland Coleman of Monroe placed runner-up in the super heavyweight class at the IPF World Sub-Junior Powerlifting Championships with a total of 1,674 pounds. (Courtesy photo) 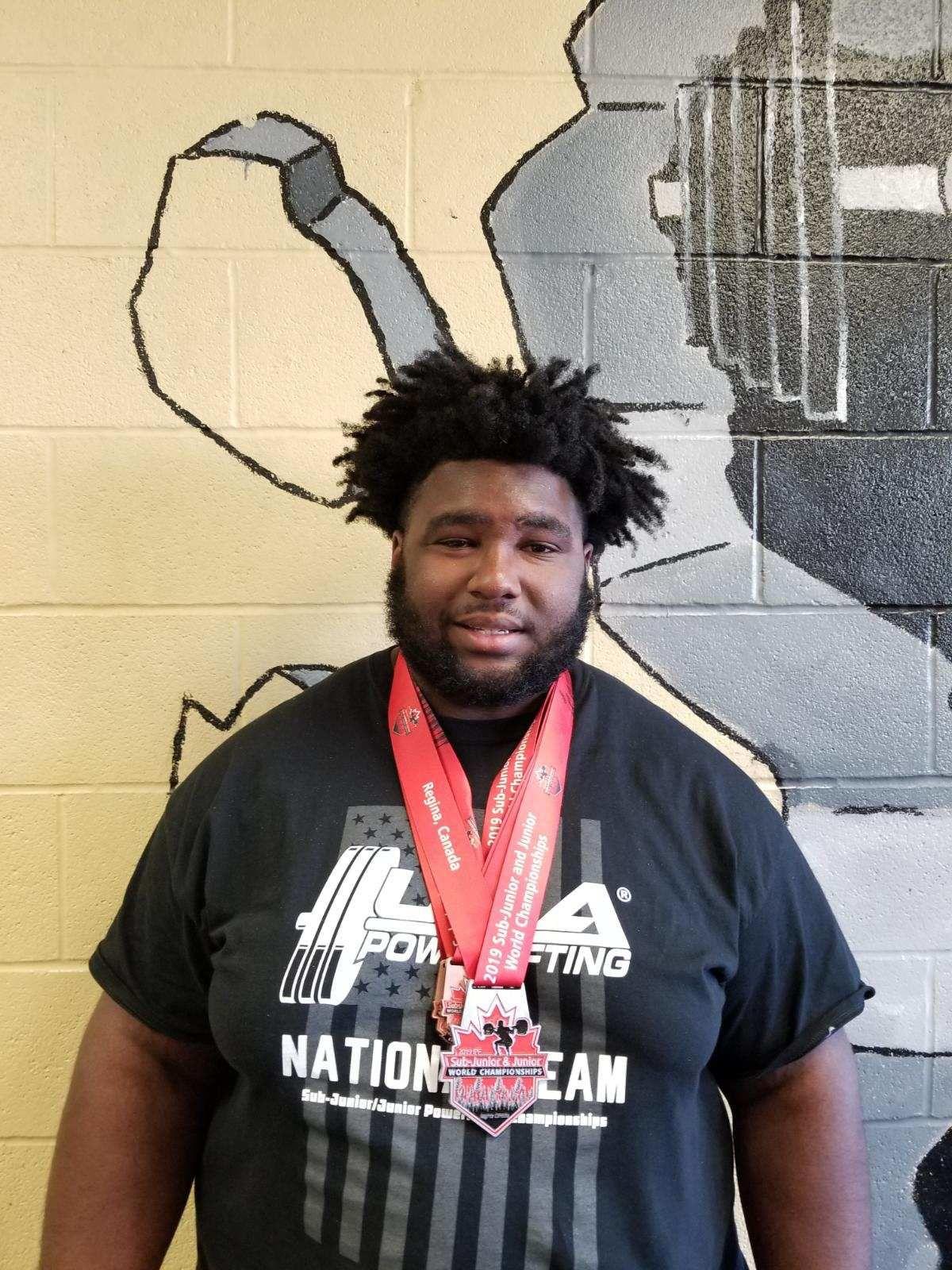 Rayland Coleman of Monroe placed runner-up in the super heavyweight class at the IPF World Sub-Junior Powerlifting Championships with a total of 1,674 pounds. (Courtesy photo)

What started out as something to do during the football offseason has turned into a way of life for Rayland Coleman.

As a sophomore in high school, Coleman joined the powerlifting team to gain strength for football. Coleman, who graduated from Wossman in May, no longer plays football. But he is still getting stronger.

Competing as a super heavyweight, Coleman recently placed runner-up in the sub-junior division (ages 14-18) at the International Powerlifting Federation World Championships in Regina, Saskatchewan (Canada). His meet totals included 749 pounds in the squat, 418 pounds in the bench press and 507 pounds in the dead lift for a total of 1,674 pounds. Equivalent to the powerlifting Olympics (powerlifting is no longer a sanctioned Olympic sport), the event attracted contestants from 36 countries.

Coleman was invited to the IPF World Championships after placing runner-up at the high school nationals held at Alexandria Senior High. In March of 2018, Coleman won the LHSAA state championship in the super heavyweight classification.

Reporting for the early practice sessions as a sophomore, Coleman wasn’t exactly a natural at his new sport.

“I wanted to get stronger for football so I decided to do powerlifting,” said Coleman, who was a three-year starter at right guard and also dabbled with the shot put for the Wildcats. “At first, it was hard.”

His high school coach, Danielle Miller, had no idea she was witnessing the budding career of an international competitor.

“Rayland was struggling with 225 pounds. Now he squats 750,” Miller marveled. “He has worked really, really hard the past year.”

“Rayland placed second in state his junior year, and it left a bad taste in his mouth,” said Miller, who is in her first year as Carroll’s powerlifting coach. “He called me the night they got beat by Eunice in the football playoffs and told me he was ready to start his powerlifting workouts. He even knew the kid’s name who beat him.”

“He told me he wanted to squat 700 pounds. He had squatted 600 the previous year, and I remember thinking, ‘that’s a pretty big jump,’” Miller said. “He was more focused than he had ever been because he wanted a ring.”

Coleman won his ring, now he is pursuing another prize.

“The ultimate goal is to be world champion,” Coleman said.

Coleman now attends Delta Community College where he is learning to become a welder. During the afternoon, he can be found in the Carroll weight room.

One of the biggest challenges Coleman faces is his diet.

“I don’t know my exact weight, but it’s 300-something,” said Coleman, whose favorite food in boudin. “Sometimes eating right is the biggest part. I just started back on a low carb diet.”

“It’s a year-around lifestyle,” Miller added. “You have to watch what you eat and mix in some cardio. His whole life revolves around school and working out.”

“He likes everything. I cook a lot of air-fried chicken and air-fried pork chops,” Jackson said. “I can’t get him to eat that many vegetables. He used to eat a lot of peanut butter.”

As with any sport, mental toughness is a major part of powerlifting.

“I complain sometimes because there are days I don’t really want to work out after being in that hot shop all day,” Coleman admitted. “You just have to push through those days because you don’t get better by taking days off.”

'Those days’ are the exception rather than the rule for Coleman. Most of the time there is no place he would rather be than the weight room.

“I like the adrenaline rush you get from lifting all the weight,” Coleman said. “The squat is my favorite lift because that’s what I’m best at.”

Stepping into the junior division (ages 19-23) next year, Coleman will have to continue to progress.

“His totals are going to have to be between 200-300 more pounds to be able to compete with the juniors,” Miller said.

Miller no longer has any doubts whatsoever as to what Coleman can achieve.

“Two of the coaches from the (USA) world team believe he will be the first junior from Louisiana to squat 1,000 pounds,” Miller said.

Quite a leap for a youth who had difficulty squatting 225 pounds four years ago. Make that a quantum leap.

Seasons of Louisiana with Dianne Cage_February 20, 2020

As Louisiana’s top prosecutor, Attorney General Jeff Landry ought to be able to sniff out a … Read more