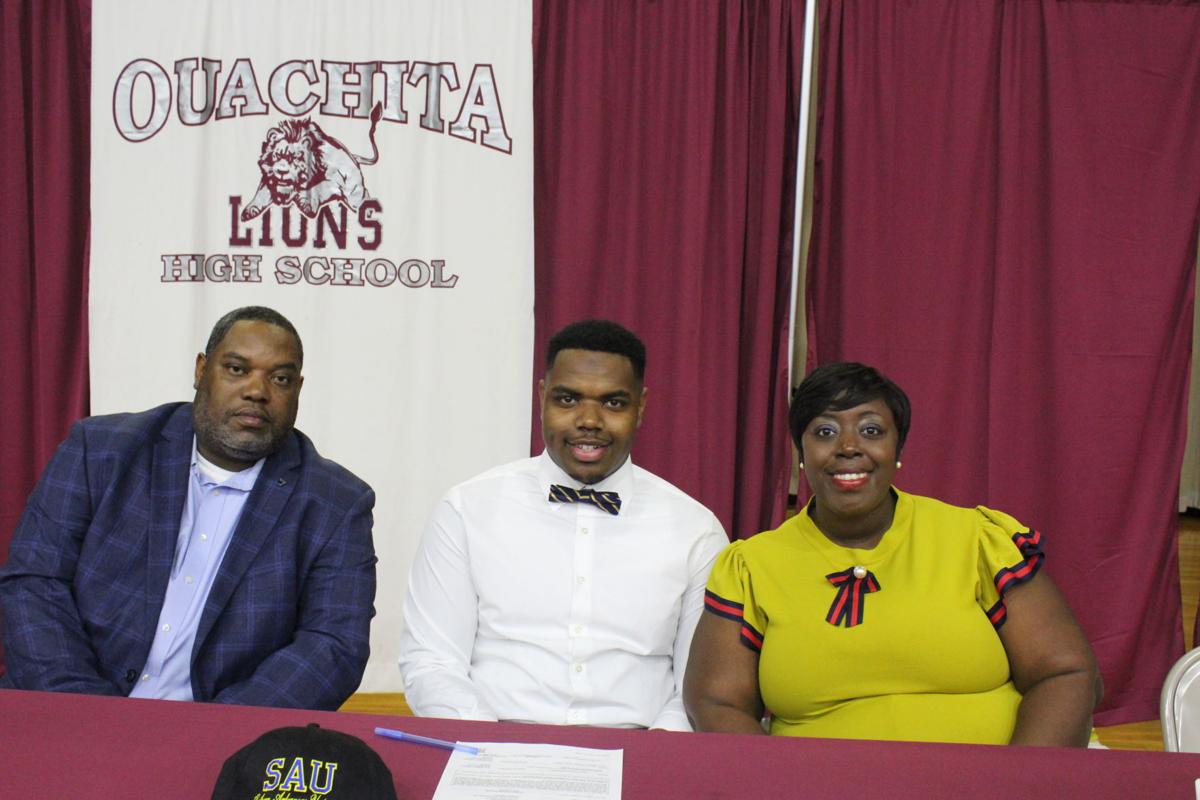 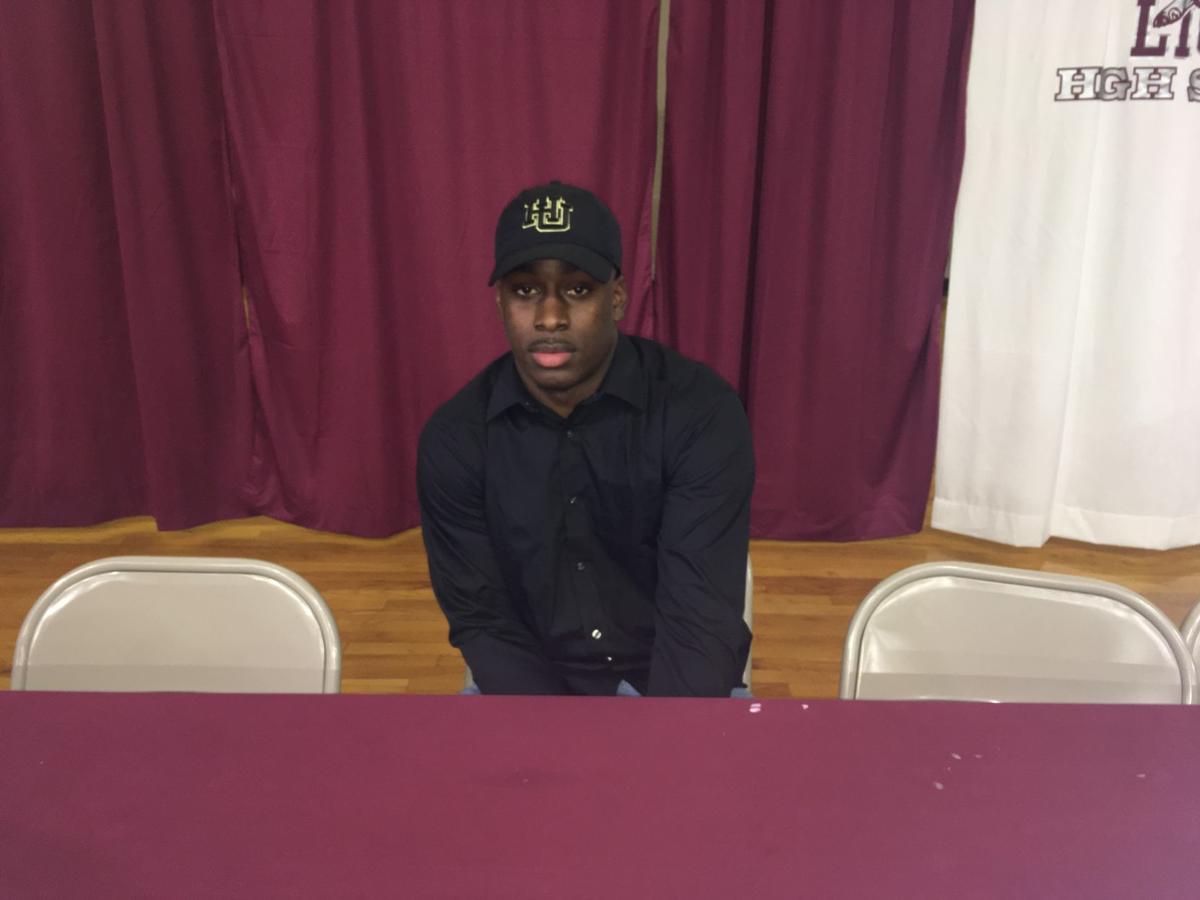 Linebacker Carl Glass Jr. of Ouachita signed a national letter-of-intent to continue his football career at Harding University on Wednesday.

Linebacker Carl Glass Jr. of Ouachita signed a national letter-of-intent to continue his football career at Harding University on Wednesday.

Williams signed with Southern Arkansas while Glass is headed to Harding.

Williams made his decision after visiting the Magnolia, Ark. campus on Jan. 25.

“I like SAU because it’s a small campus with a family environment,” Williams said. “I enjoyed being around the team. I liked the facilities and the coaching staff. They have a winning program.”

Coming off of back-to-back 8-4 seasons, the Muleriders have made three bowl appearances in the past four years.

“They use a lot of two tight end sets,” said Williams, a 3.2 student, who plans to major in sports management and communications.

“When I started going to all the camps, the coaches started looking at me,” Williams said. “That’s when I realized I was going to get the chance to play college ball.”

Though sad to leave his Ouachita family, Williams is excited about starting a new chapter in his life.

“I’m going to miss my teammates and coaches at Ouachita. Being on the field with my brothers was a lot of fun, especially in the playoffs games,” Williams said. “At the same time, I’m looking forward to making new friends.”

Harding may have pulled off a coup by landing Glass. A two-time Class 5A All-State linebacker for the Lions, Glass signed as an outside linebacker/strong safety. Glass amassed over 400 tackles in three years as a starter, including 169 as a senior.

Despite his credentials, recruiters shied away from the 5-foot-11, 190-pound Glass because of his size.

Although he did not receive his first offer until after the I-20 Bowl All-Star Game, Glass remained confident the opportunity would arise. In the end, Glass picked Harding over Tuskegee (Ala.) and Arkansas Tech.

“I never got frustrated,” Glass said of the recruiting process. “I knew my time was coming.”

Two of Glass’ I-20 Bowl teammates recognized his talent. Ouachita Christian athlete Will Fitzhugh and West Monroe fullback Cayden Pierce — both of whom signed with Harding on Wednesday — lobbied for Glass to join them with the Bisons.

Upon visiting the Searcy, Ark. campus, Glass liked what he saw.

“I really like the school for the academics as well as the football,” said Glass, who has a 3,0 grade point average. “They have a good program, and really nice facilities. I just felt at home there.”

Harding has qualified for the D-II playoffs for the past four years, highlighted by a national runner-up finish in 2017.