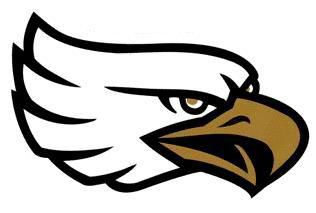 Thursday night’s Halloween night game between St. Frederick and Ouachita Christian offers an intriguing matchup within the matchup. OCS will honor its 11 seniors prior to the 7 p.m. kickoff.

Ends Beau Bennett and Caleb Scurfield, along with tackles Denterrius McHenry and Jeremiah Willis, form an imposing from four for the Warriors (5-3, 3-2 District 2-1A).

“St. Fred has one of the best defensive lines we have seen,” said OCS coach Steven Fitzhugh, who is seeking his 200th career coaching victory. “McHenry has been making a lot of plays up front.”

St. Fred’s defense has been impressive all season. Last week, the Warriors narrowly missed out on their fourth shutout when the reserves gave up a late touchdown in a 41-7 victory over Delta Charter.

“They have a great set of linebackers, then you put Pat (Johnson) at corner, and Will (Ellender) at safety,” Fitzhugh said. “Coach (Billy) Bell does a great job with their defense.”

Johnson and Ellender were both heavily involved in last year’s game as the Warriors defeated the Eagles for the first time since 2002. Johnson intercepted three passes in the second half and Ellender booted a late field goal in St. Fred’s 24-21 victory.

“St. Fred was one of those games that led to our ‘Finish Strong’ theme for this season,” Fitzhugh said.

“OCS has a really good offensive line and a good scheme,” St. Fred coach Andy Robinson said. “Their running backs run the ball hard. They have a lot of smart football players, and they are well-coached.”

“Obviously, they have been playing well the last couple of weeks,” Robinson said. “They have been dictating the game the way they want it to go. Offense, defense, special teams — I don’t see any weaknesses.

“They are one of the top teams in our division. When you get a chance to play these type of people, it’s important to go out and play well. This is the time of the year where you still hope to get a little better, and get something going for the playoffs.”

Wrapping up the regular season next week, the Warriors will observe Senior Night on Thursday night vs. Delhi, while the Eagles trek to Delhi Charter on Friday.