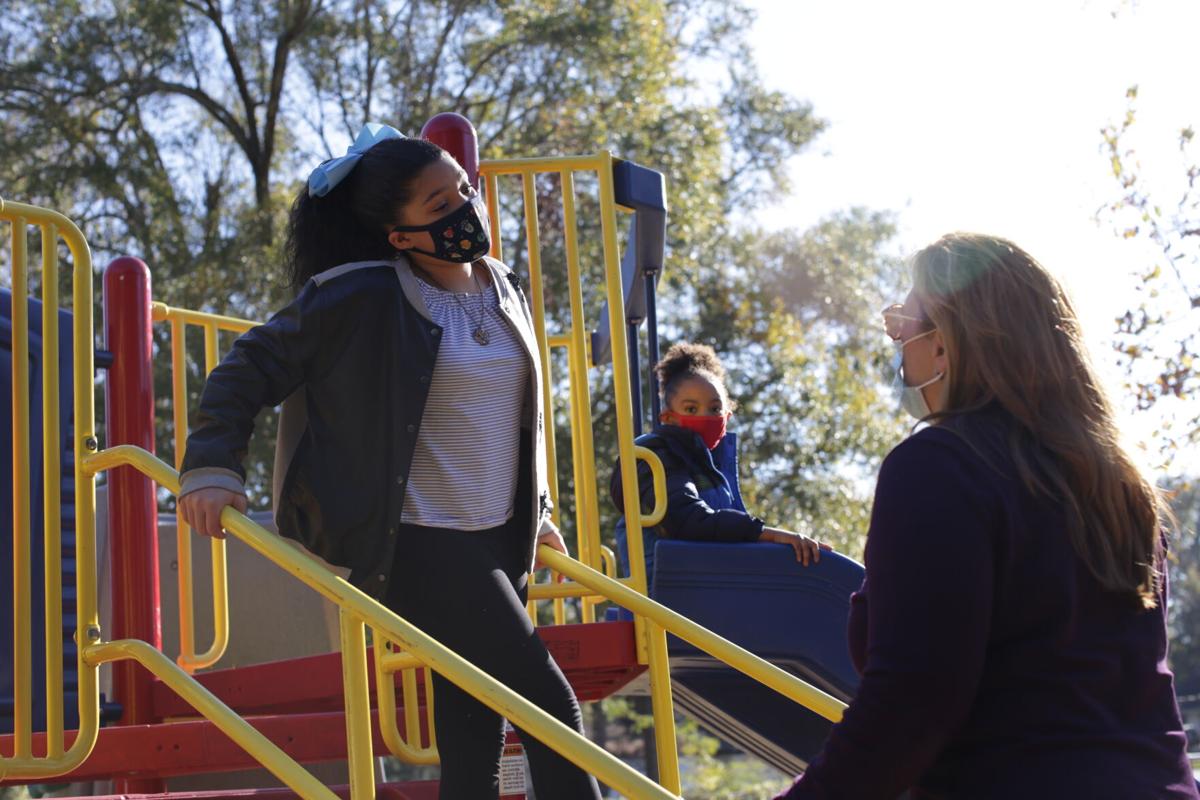 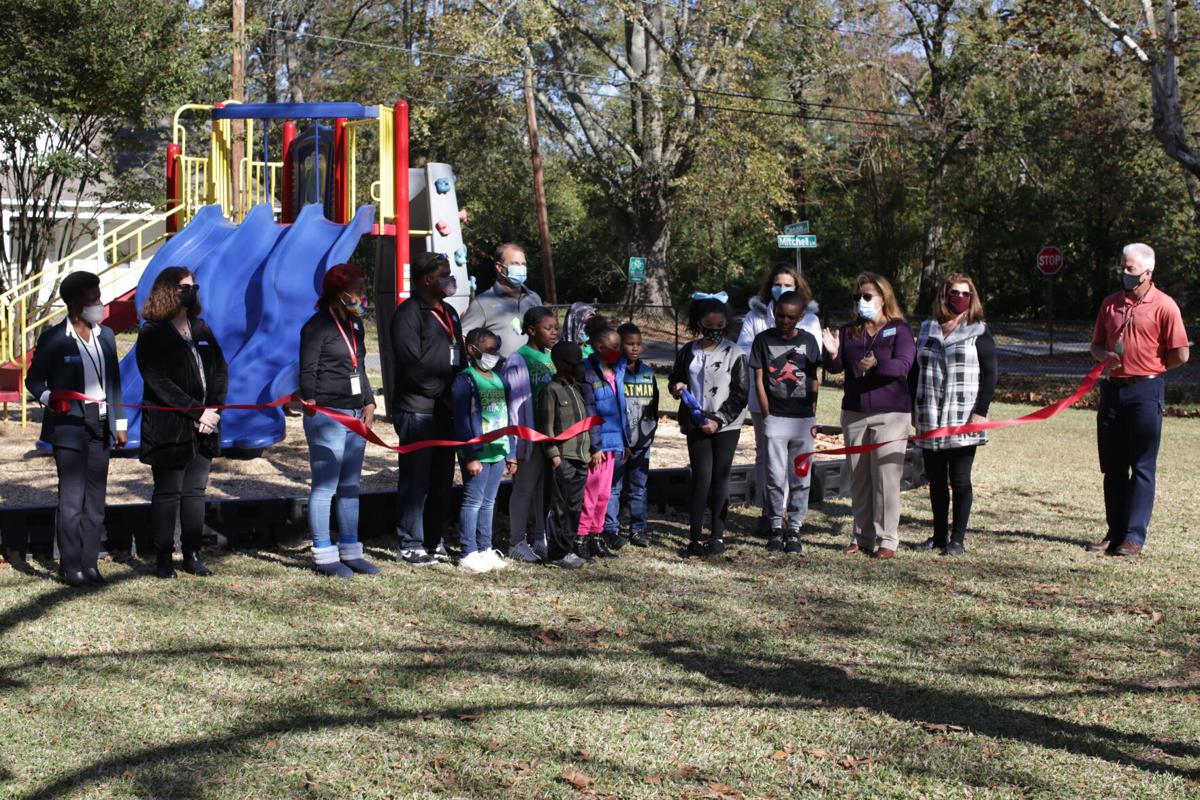 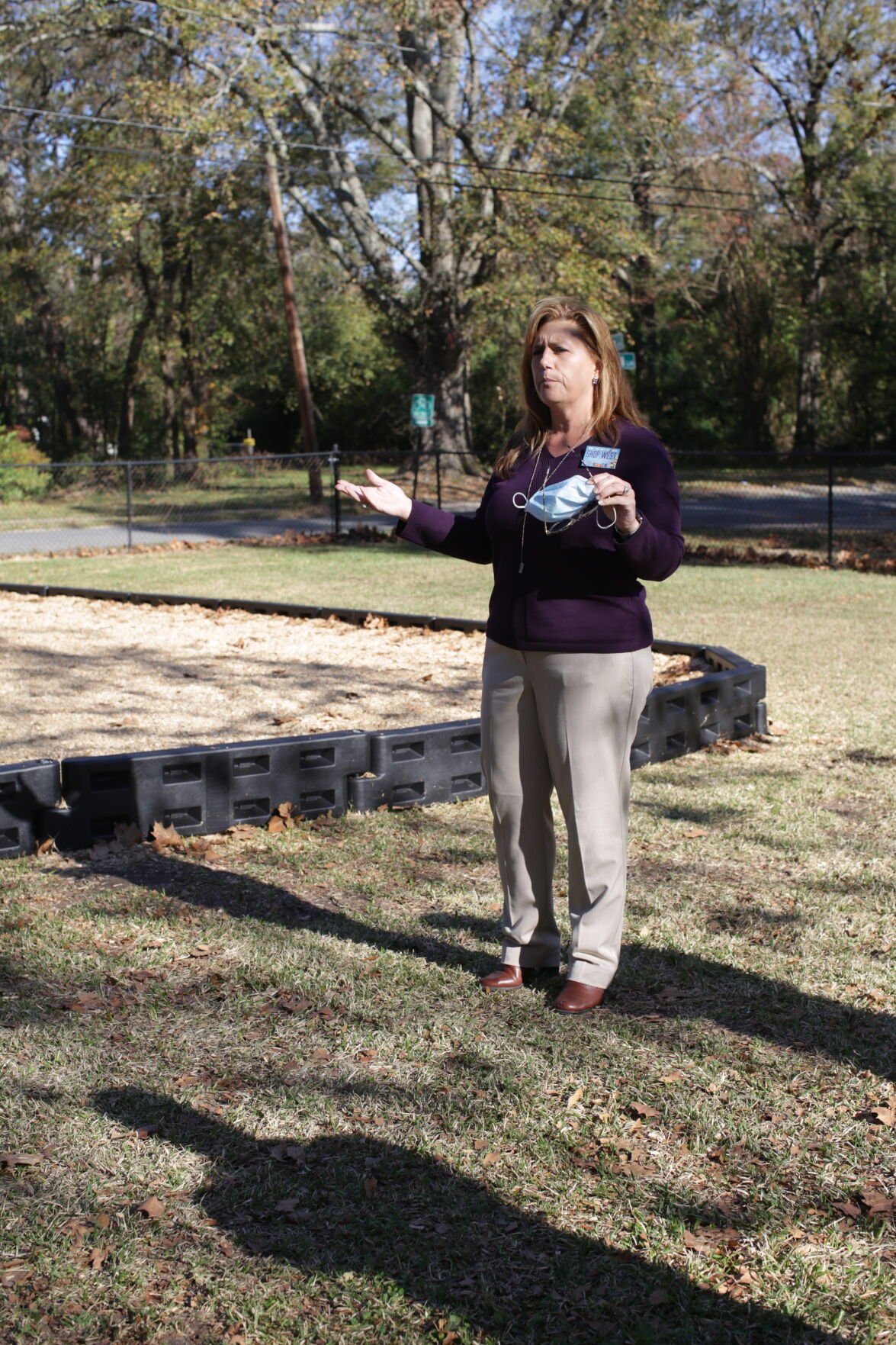 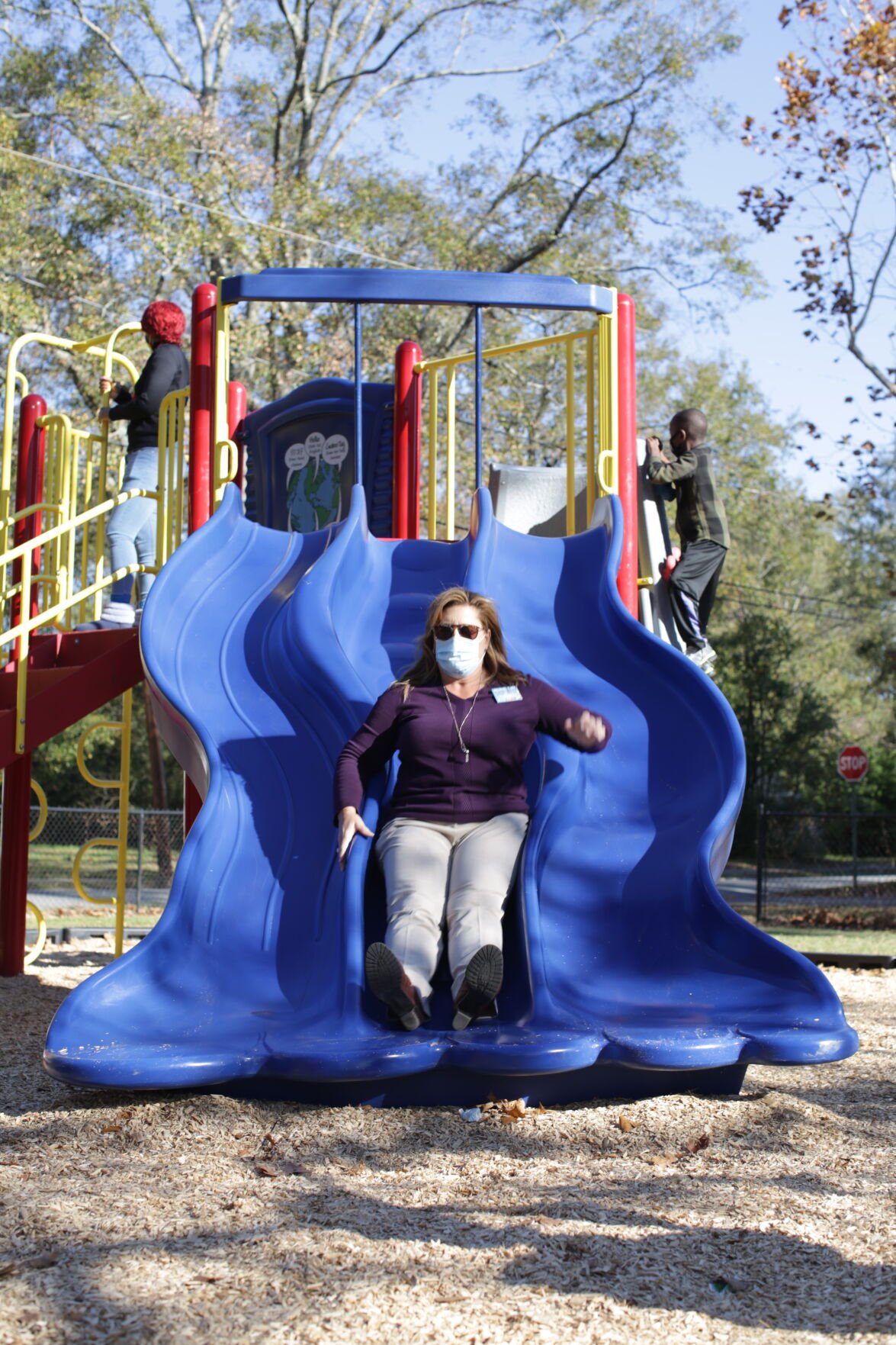 Local officials cut a ribbon commemorating the opening of a new playground at Gator Park in southern West Monroe earlier this week.

The city hosted the ribbon cutting in conjunction with the West Monroe-West Ouachita Chamber of Commerce on Monday. A group of eight children played on the new playground at the time.

When Mayor Staci Mitchell asked the children if they were excited about having a new playground in their neighborhood, she received several squeals of “Yes.” Mitchell also accepted the children’s invitation to try out the new slide.

“This is a great place for kids to come play,” Mitchell said. “We’re going to add to it.”

“This is a great way to start,” she added.

The playground lies in the northern corner of Gator Park, the lot where the former Mitchell Elementary School used to be. The lot is mostly empty except for the new playground, picnic tables, oak trees and a line of crepe myrtles.

“This was a piece of used playground equipment that was in storage at Kiroli (Park),” Hodnett said. “We thought it would be a welcome addition to the neighborhood.”

“It’s a good place for our children to enjoy themselves and be safe,” Mitchell said.

West Monroe man says he had permission to urinate on house

The Arts Council of Northeast Louisiana is excited to present mARTI Gras, a virtual online a… Read more