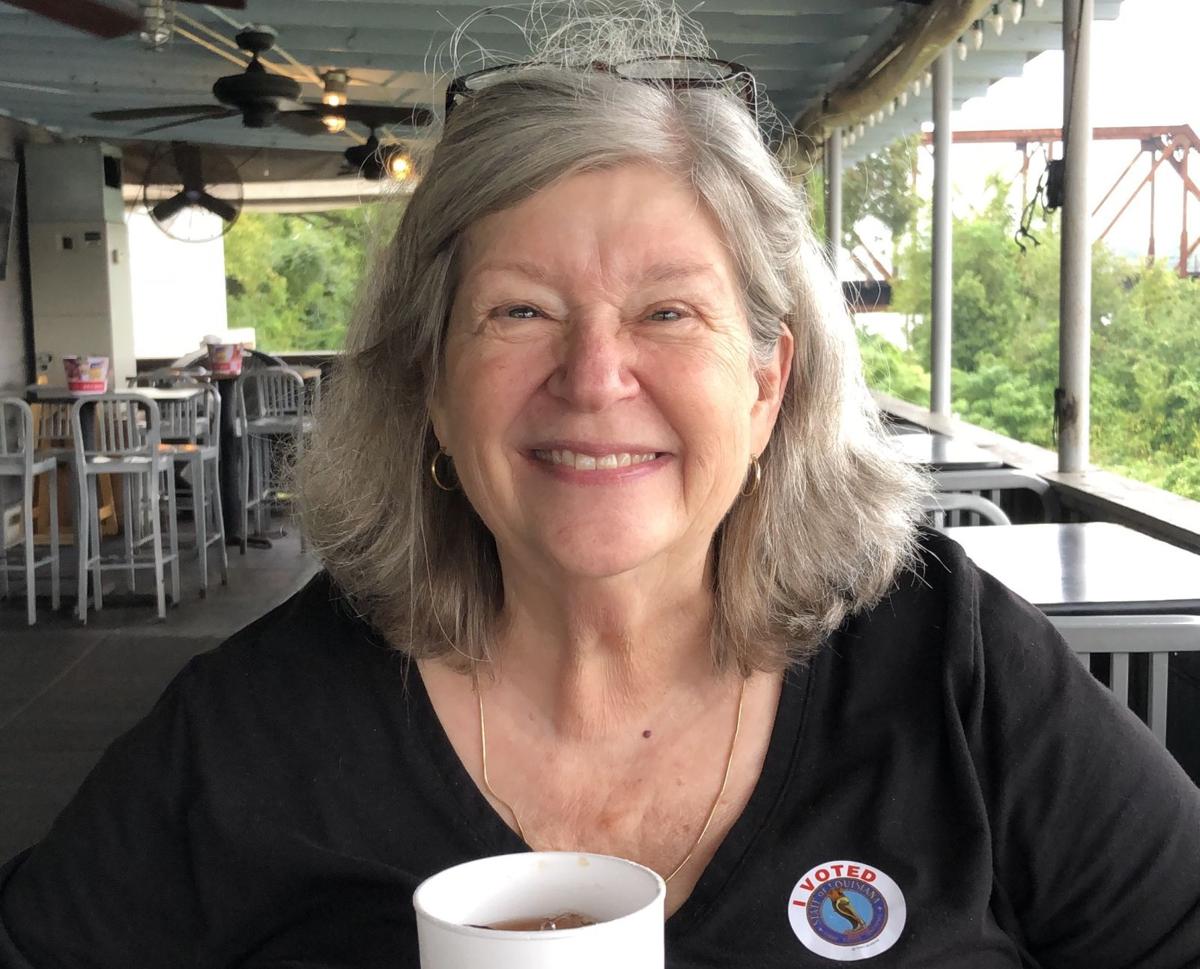 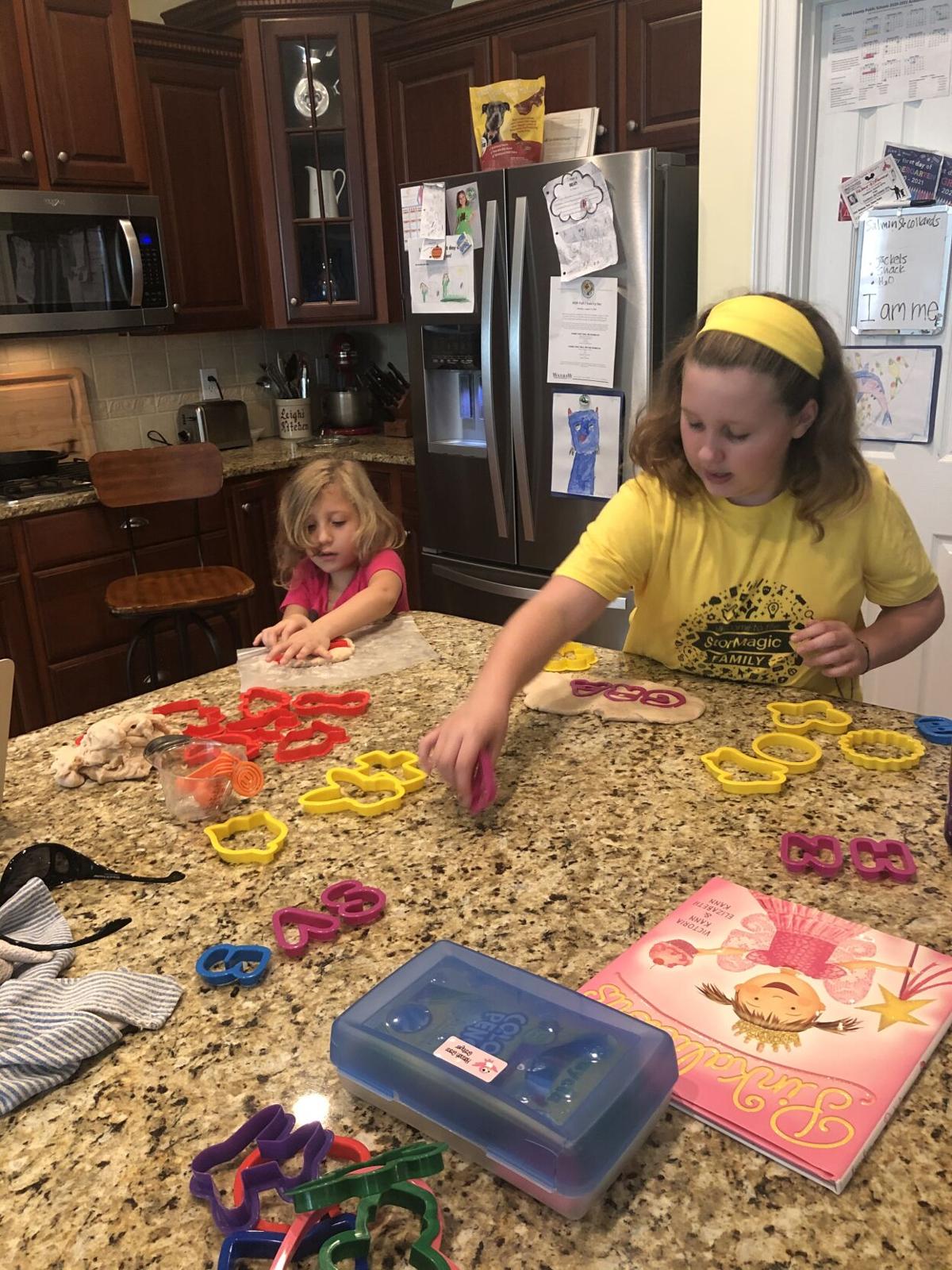 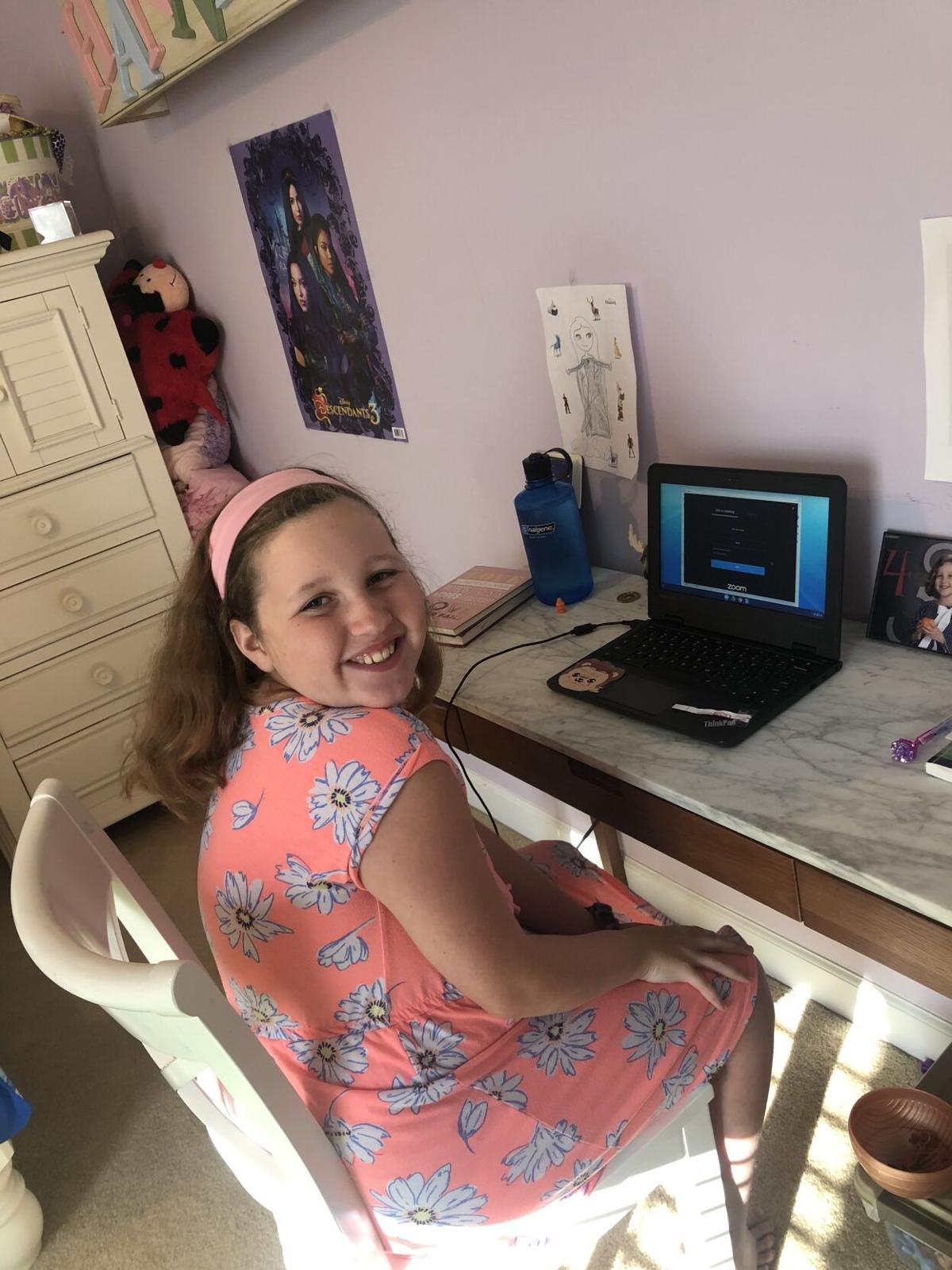 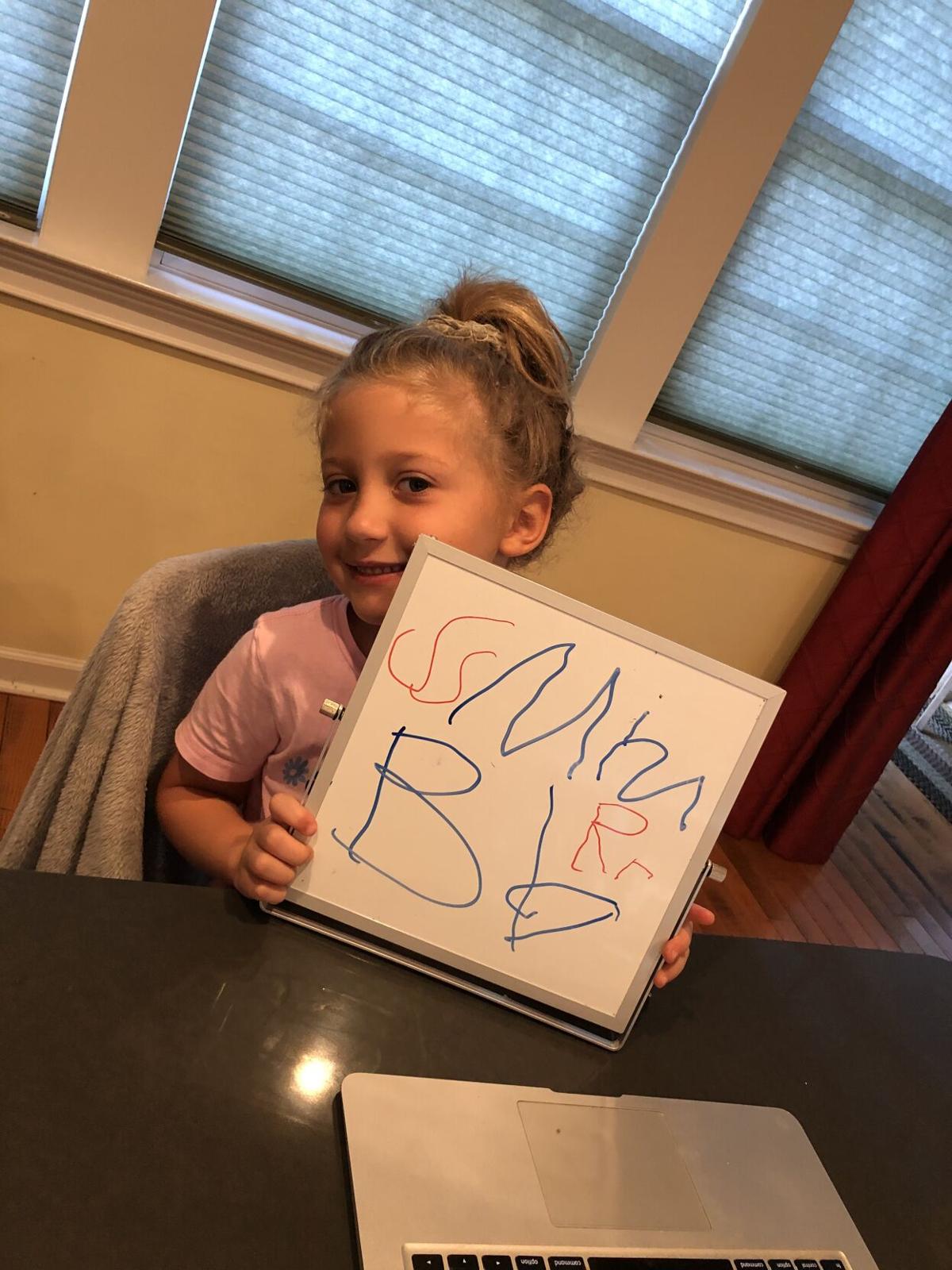 Writer’s Note: As I am writing this, area schools are gamely moving forward into what must surely be among the most unusual beginnings of a school year that anyone has ever experienced. Some schools began a few weeks ago, while others have only just begun.

There are so many “new ways of doing things” —things that students, teachers, administrators, school boards, and parents must master. Most teachers have spent the time since the shutdown in March learning new skills, adjusting lessons to “fit” virtual classes, and trying to reassure students that school — in some form — would return in spite of a worldwide pandemic.

Today’s school is different in so many ways. Among my hopes for this new school year is that progress will be made in the areas that matter most -—respect and concern for others, an understanding of the role of authority, and the importance to our daily lives of the Rule of Law. Core subjects – reading, writing, and arithmetic – are important, but so are core values. — GP

In 1907, “School Days” —an easy song to sing, its lyrics by Will Cobb and set to the music of Gus Edwards — was soon being sung by students and teachers. It remains popular today. Told by a “bashful barefoot beau” to Nellie, his “queen in calico” it is a wistful look to the past – those good old school days. The song is all charm and nostalgia, and reminds us of days gone by.

at US Education History

The earliest schools emphasized family, religion, and community more than academics. The Boston Latin school emphasized Bible and religious instruction. Not until the middle of the 19th century did academic subjects become dominant features of public schools. Private tutors were often hired by families to educate their young. According to one source, some girls were taught how to read but not how to write in those early days. It wasn’t until 1918 that all of the states began requiring children to complete elementary school.

My grandfather, Alva Finley Moore (aka “Daddy Moore”), taught in an Illinois Common School during the late 1800’s. Common Schools educated students of all ages and all grades in a single classroom with one teacher. Daddy Moore loved to talk about his experiences as a teacher. He said that he depended on the older students teaching the younger ones. They were, in effect, tutors. Daddy Moore said that it worked well, because the younger ones wanted to be like the older ones so they paid attention. The older ones were getting good reinforcement of their own knowledge by having to teach it to others.

School in my Youth

When I was growing up in Tensas Parish, I attended one of the finest schools in our area. The teachers that I encountered there changed my life in countless ways. More important – more so than the actual subjects that they were teaching me – was the way they instilled the joy of learning. Each made learning fun and exciting. I shall be forever grateful for that.

Among the things that I appreciate even more today is the way that they worked together with our community to teach the values that would shape our lives – patriotism, honor, respect for others, the importance of personal discipline, and the value of hard work.

I was privileged to spend time both as a student and later as a teacher in an age without computers, cell phones, or “touch” tablets (other than “Big Chief” ones with #2 pencils, of course). The only bullying we had occurred only on occasion and very much in public on the playground and was quickly brought to order. There was no “cyber space” nor “cyber bullying”.

Telephones weren’t “handheld devices” that consumed hours of the day, but rather either tabletop or wall-hung machines that in the early days were controlled by disembodied voices coming through the line asking, “What number, please?” If you were on a party line as in my childhood, you also heard your phone ring distinctly different rings, each signifying the house to which the incoming call was intended.

Our textbooks weren’t electronic; no, they were heavy reminders of the “weight” of knowledge that we were to gain by studying them. They traveled with us through the grades – first in the small cubby that was below the seat of our desks and later to the lockers we were assigned when we were finally old enough to change classes. That locker business was a glorious “rite of passage” complete with locks to ensure the safety of the contents stowed within.

Fire and tornado drills were the only “required” drills that we had to learn — preparing for mass shootings was as yet unheard of. So long as we knew which hall to go into and remembered to take a book to cover our heads to protect against falling debris, we were ready for whatever might come!

“Technology” was the bell ringing between classes and the announcements (including a prayer and the pledge of allegiance) coming over the intercom in each classroom. Blackboards and chalk were the norm, and we all struggled to work problems or write sentences in a legible hand while the rest of the class watched.

During my college days, “streaking” was about the biggest “protest” that we encountered. There were the occasional anti-war demonstrations (Vietnam and our involvement there was becoming an issue), but not many. And none were violent or destructive on our campus. Frankly, that “streaking” business created the most enthusiasm.

In my early days of teaching, I taught in high school (West Monroe High School) and at the University of Louisiana at Monroe and absolutely loved both. I learned as much about how to teach (and not to) from the students and other faculty as I had ever learned in textbooks as a student. Students were respectful, willing to learn, and willing to listen. All was not perfect, but nothing felt chaotic or insurmountable.

I am grateful that I never had to face anything like the challenges being faced by teachers and their students this fall. I admire their resilience, ingenuity, creativity, and stamina – teachers, parents, and students alike! And I deeply respect the time and effort that all are giving to this “experiment”.

Jim (a retired professor) and I have watched with interest as two of our granddaughters and their parents have adapted to the considerable changes that have come into their lives. Recently, Hannah Grace and Savannah Grainger began their school year using a “one-day-in-person” and “four-days-at-home” model adopted by their North Carolina school district. They meet “in person” at the school every Tuesday but with only 2-4 of their classmates. Were they learning under conditions prior to the pandemic, each class would have 15+ children attending together every day.

Because the traditional kindergarten open house had to be canceled because of pandemic restrictions, the teachers and parents teamed up to have a special “welcome back to school” parade honoring their students. Proud dad Brian Grainger drove his antique truck in the parade, carrying Savannah’s teachers (Mrs. Austen and Mrs. Bowling) seated in the back around the neighborhoods as part of that parade.

Their mom, Leigh Grainger, says that the teachers have spent many nights and weekends to make sure they understood how to use the Canvas learning management system so that everything would run smoothly. There have been blips, of course. On one of the first days, there were computer glitches. When the girls couldn’t submit their completed assignments online, Leigh photographed the worksheets and emailed them to their teachers.

Hannah Grace’s 3rd grade class meets daily through ZOOM! and she has just brought home a workbook designed to help her learn cursive writing. She is excited to learn how to write like “grownups”, and we are all grateful that this important skill is returning to the curriculum. Hannah Grace has her own special study/work area separate from the rest of the house where she can log on to her classes, get her assignments, and communicate with her teacher, Mrs. Chorney.

Savannah’s kindergarten class “meets” online every weekday morning at 8 for word study together. She also has a designated “reading spot” (a bean bag in a quiet space away from distractions) where she can practice her reading skills. One morning Mrs. Austen, Savannah’s teacher, asked her kindergarten students meeting on ZOOM! what their favorite part of kindergarten is so far. Most of the kids said reading, math, writing, or art. Savannah’s answer? “Snack!”

Throughout America there are stories about parents, teachers, and neighbors banding together to give the best possible learning experience for the children. A mom in Leigh and Brian’s neighborhood has homeschooled her children for several years so she “knows the drill”. Last week she invited the Grainger girls and the other children on the block to come to her backyard. There she began reading The Story of Dr. Doolittle aloud, a few chapters at a time. She will do this for 2 hours, one day a week, to give these children a special time together (and their parents a little time home to “catch up”).

I predict that more of these kindnesses will spring up as the school year progresses. Only by keeping calm and carrying on, can we survive this and give our children the best education that we can.

Armed with Chrome computers and white boards, our children soldier on. We adults can do no less.

John Schroder: How unclaimed property is turning into a Ponzi scheme

Nearly 50 years ago, the state of Louisiana started accepting lost money with the promise of… Read more